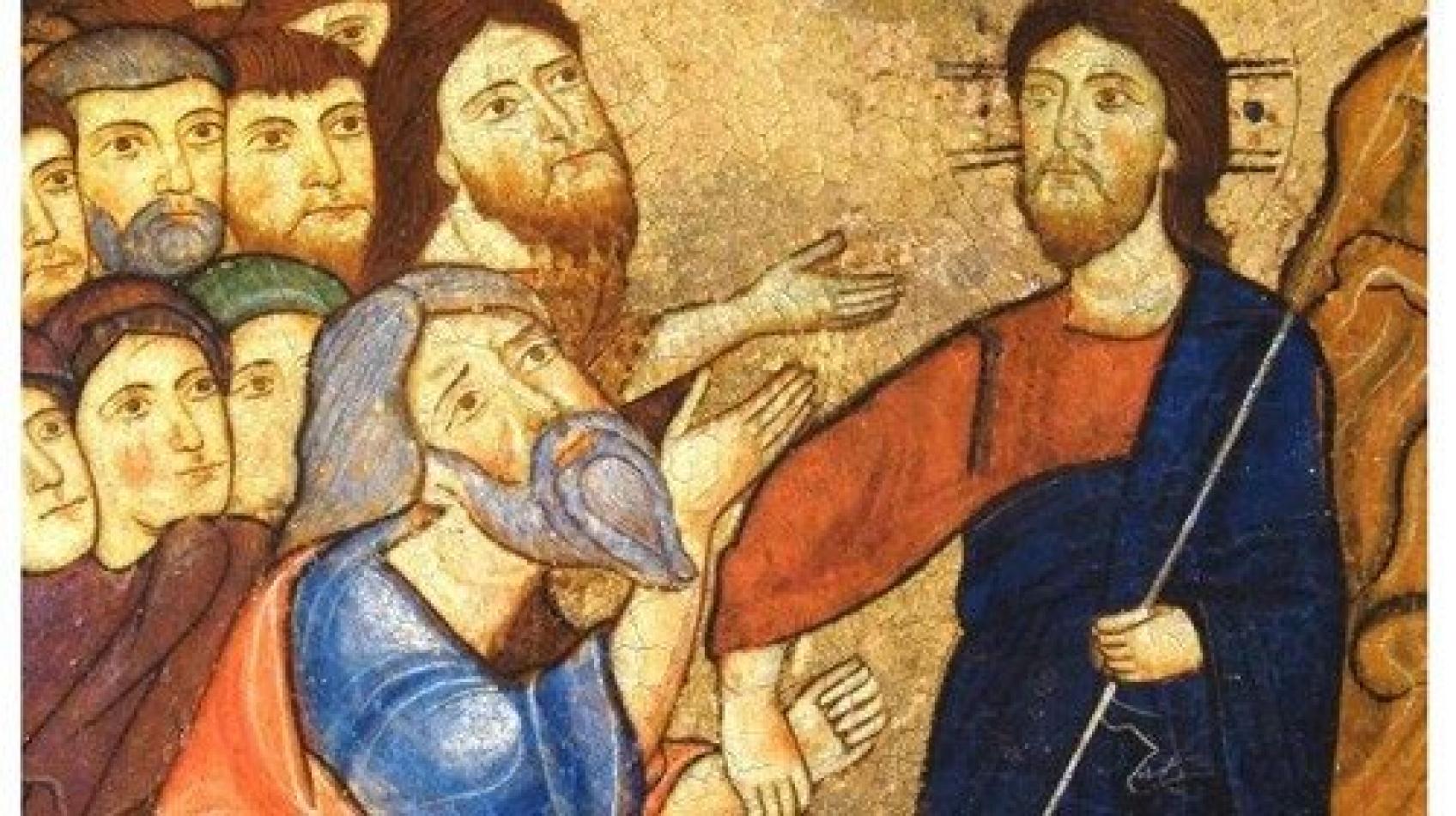 One day, near the city of Philippi, founded by one of the sons of Herod the Great in the extreme north of the country, Jesus addresses two questions to the apostles. The first is simple enough: “Who do people say the Son of Man is?” The second is more challenging: “Who do you say I am?” . 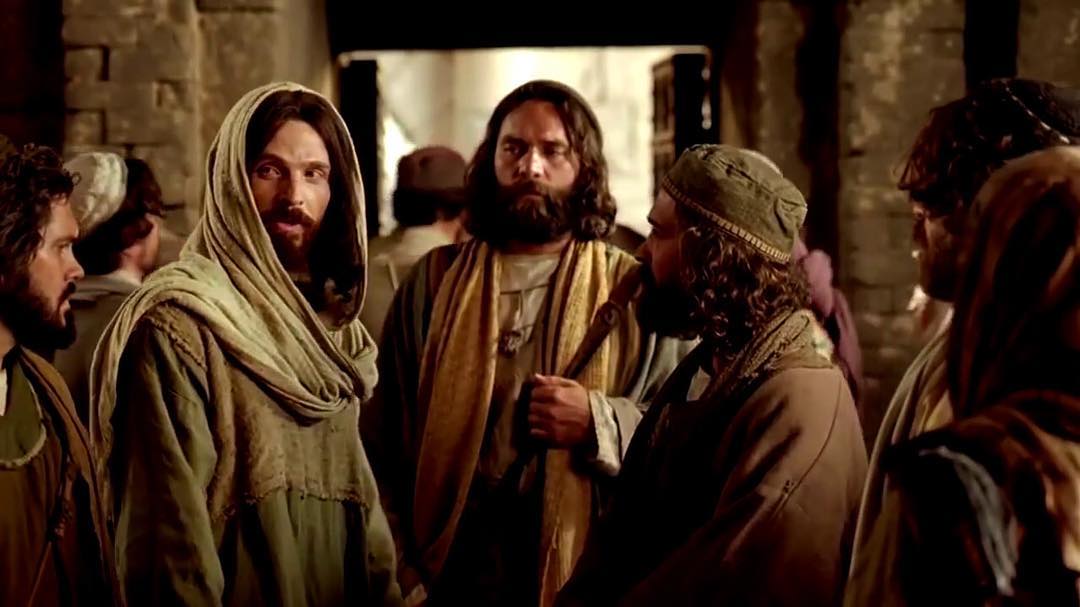 We know very well how to distinguish a friend from a co-worker, playmates, bar friends, or sports fans. The feelings we have for a girl we just met are different from those for a girlfriend or a bride. When one is involved in love it triggers the mechanism of jealousy. The torment of one who fears losing the person loved, of one who does not tolerate rivals, shows. “Wrath is cruel and anger, impulsive but who can withstand jealousy?” (Pro 27:4); it shortens your life; worry makes you old before time (Sir 30:24).

Even God is “jealous” because no one more than him is enamored of the human being. For dozens of times in the Old Testament, the expressions echo: “For I, Yahweh your God, am a jealous God” (Ex 20:5). “I am intensely jealous for Zion” (Zec 8:2). “Then the fire of my jealous wrath will burn the whole land” (Zep 3:8). God demands exclusive love that involves all your heart, all your soul, all your strength (Dt 6:6); in the human heart, there should be a place only for him.This love, without reserve, is also claimed by Christ: “If you come to me, unwilling to sacrifice your love for your father and mother, your spouse and children, your brothers and sisters, and indeed yourself, you cannot be my disciple” (Lk 14:26). Nothing must be placed before him, not even the most natural affection. This is the meaning of the paradoxical image he used.

One day, near the city of Philippi, founded by one of the sons of Herod the Great in the extreme north of the country, Jesus addresses two questions to the apostles. The first is simple enough: “Who do people say the Son of Man is?” The second is more challenging: “Who do you say I am?” .
The circulating opinions draw him near eminent personalities: John the Baptist, Elijah, Jeremiah, the ancient prophets (vv. 13-14).

The admiration of people of all times for Jesus cannot be denied. However, the esteem and veneration are not enough. He is not the embodiment, the materialization of excellent values, typically pursued by all people of good will. He is not one of the many who has distinguished themselves for their honesty and loyalty, love for the poor, the commitment to justice, peace, and non-violence.

Already as a man, Jesus outdistances them all because he does not follow human tactics and strategies. It’s enough to consider the choices he has made: to have waited for maturity to begin his mission, to have given priority to the hidden life, to be gradually revealing his project only to intimates, to having overturned all human logic till he offered his life, and to make the defeat his triumph. But even this is not enough to be considered “disciples” by him. A disciple is one who has understood that he is unique, as unique as the person to whom one falls in love, to whom one trusts and for whom one is willing to do anything.

It is at this point that Peter intervenes with the surprising answer. He speaks in the name of all and shows to have understood everything. He says to him: “You are the Christ,” you are Messiah, the Savior of which the prophets spoke about and all our people are waiting for (v. 16). You are the one for whom we are willing to wager our life.

It is difficult to find a more exact answer, but in the last verse of the passage (v. 20), the evangelist reminds that Jesus sternly imposes silence on the disciples, as he has already done with the demons. The reason is simple. Peter gave a correct answer only in form. What he actually has in mind is a completely distorted idea. He is convinced that Jesus is about to begin the Kingdom of God on earth and thinks that he will implement this through a show of force, wonders, and signs that will require the attention of all. He is certain that he will get a resounding success. This is also the opinion of the other disciples who, despite having understood something more than the crowds, they are still prisoners of the common mentality that evaluates life’s success based on triumphs. No one has yet realized that, from the outset, the Master has considered diabolical the proposal to seize power and rule over the kingdoms of this world.

In the second part of the passage (vv. 17-20), the answer of Jesus to Simon is referred to: “You are Peter,and on this rock, I will build my Church …”

The interpretation of these words is more difficult than it looks. Why and in what sense is Simon called “rock” on which the Church is built? A simple statement of the primacy of the pope? No, much more than that.

Let us start to make two observations that may help us better understand this important text.

First of all, we note that the “rock” as a basis of the Church is talked about other times in the New Testament. This solid, immovable “rock,” is always and only Christ. Paul says: “No one can lay a foundation other than the one which is already laid, which is Jesus Christ” (1 Cor 3:11). The Christians of the communities of Asia Minor are reminded of their glorious condition: “Now you are no longer strangers or guests, but fellow citizens of the holy people; you are of the household of God. You are the house whose foundations are the apostles and prophets, and whose cornerstone is Christ Jesus. In him, the whole structure is joined together, and rises, to be a holy temple, in the Lord” (Eph 2:19-21). Peter is even more explicit. In his first letter, he invites the newly baptized to never break away from Christ because he is the living “rock,” rejected by people, but chosen and precious in the sight of God. Then he develops the image and turning to the Christians he says: “You, too, become the living stones built into a spiritual temple,” united as you are to “the chosen and precious cornerstone” placed by God on Easter day, as a foundation of the whole building (1 Pt 2:4-6).

The second observation is that the name given to Simon—Cephas-Peter—in Aramaic (the language spoken by Jesus) in all probability does not mean the rock, but just a building stone.

If things are in these terms, the stone which Jesus speaks of is the faith professed by Peter. This faith constitutes the foundation of the Church, which keeps it united with Christ-rock, makes it indestructible and allows it to never be overwhelmed by the forces of evil. All those who, like Peter and with Peter profess this faith, are inserted, as living stones, in the spiritual building designed by God.

The expression, “the gates of hell,” should not be interpreted literally. These gates represent the power of evil. They indicate everything that is opposed to life and to the human good. Nothing ever—ensures Jesus—can prevent the Church to complete her work of salvation, provided that she is always closely united to him, the Son of the living God.

Handing over the keys, as we have revealed in the commentary on the first letter, is equivalent to entrusting the task of managing the life that takes place inside the palace. It means giving the power to introduce into the house or to deny access.

The rabbis were convinced that they possessed the “keys of the Torah” because they knew the Scriptures. They believed that everyone had to depend on them, their doctrinal decisions, and their judgments. They felt entitled to discriminate between the just and unjust, between saints and sinners.

Jesus takes up this image in his harsh indictment against the scribes: A curse is on you, teachers of the Law, for you have taken the key of knowledge. You yourselves have not entered and you prevented others from entering” (Lk 11:52). Instead of opening the door of  salvation, they barred them, not revealing to the people the true face of God and his will.

Jesus has taken away from them the key which they abusively appropriated. Now it is only his. Returning to the prophecy of Isaiah to Eliakim, the seer of Revelation declares that Christ and no one else, “opens, nobody shuts and if he shuts nobody opens” (Rev 3:7).

The spiritual edifice which Jesus refers to is “the kingdom of heaven,” the new condition where whoever becomes his disciple enters and the key that allows one to enter is the faith professed by Peter.

By handing over the keys to Peter, Jesus does not charge him to be the gatekeeper of heaven, still less to “lord it” over the people entrusted to him. Jesus instead tells him to “become an example to the flock” (1 Pt5:3). He entrusted him to open wide the entrance to the knowledge of Christ and his Gospel. Whoever passes through the door opened by Peter with his profession of faith (this is the “holy door”) has access to salvation,whoever refuses remains excluded.

The image of binding and loosing is also well-known because the rabbis of the time of Jesus employed it often. It referred to decisions on moral choices. To bind meant to prohibit, to lose was tantamount to declaring lawful. It also indicated the power to make judgments of approval or condemnation of the behavior of people and thus to admit or to exclude them from the community.

We will deepen and clarify this concept when, two Sundays from now, we will examine Matthew 18:18. In this passage, it appears that this same authority to declare who belongs to the kingdom of heaven and who does not is given by Jesus to the whole Church.

In conclusion, we can say that, from today’s Gospel, as in many other texts of the New Testament (Mt 10:2; Lk 22:32; Jn 21:15-17), it is clear that Peter is entrusted with a particular task in the Church. He always appears first, is called to feed the lambs and the sheep and must sustain his brothers in the faith.

Misunderstandings and disagreements are not born of this truth but from the way of performing this service.With sincere humility we admit it that throughout the centuries this truth has degenerated so many times, from being a sign of love and unity to becoming an expression of power.

As Pope Francis himself has expressly recognized, it is necessary to revise the exercise of this ministry, so that the bishop of Rome can become truly for everyone, according to the beautiful definition of Irenaeus of Lyons (second century), “the one who presides over charity.”

READ:  At Caesarea Philippi, Peter makes the profession of faith and Christ deposits the keys of the Kingdom with Peter. You are Peter, and on this rock, I will build my Church.

PRAY:  Let us pray for a humble and willing heart to accept God’s call.  Let us ask for the grace to be a faithful disciple of Jesus.

ACT:  It is easy to criticize our leaders, but have we appreciated them for the good they have done?

REFLECT:  God chooses not according the human merits, but by God’s own wisdom that is beyond human understanding.  If God has called us to do some task, let us humbly realize that it is not out of our merit, but of his own that he has chosen us.  All praise, glory, honor and worship to him alone.