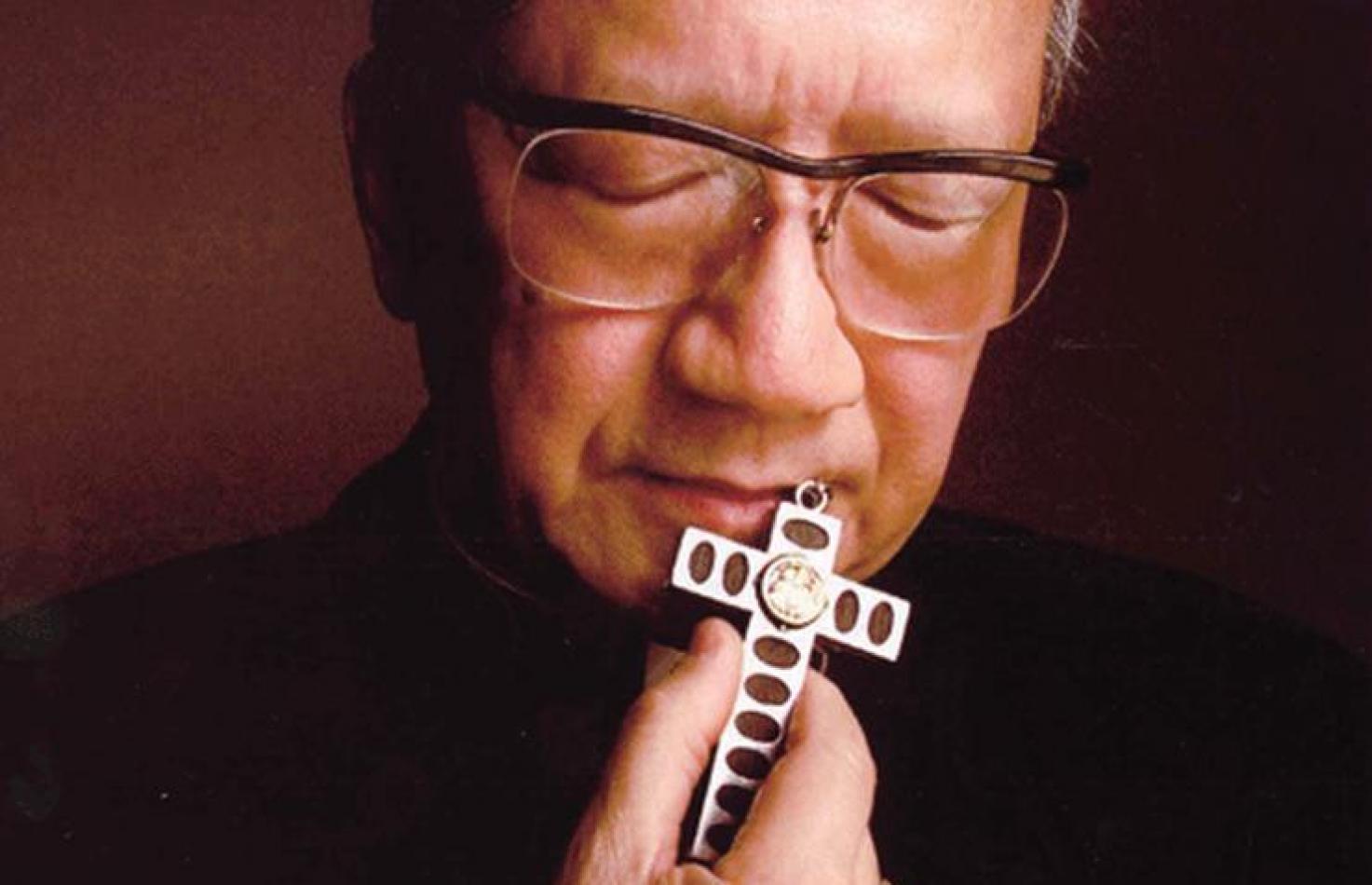 Saturday, August 22, 2020
Cardinal Van Thuan was arrested in 1975 and spent 13 years in prison, nine of them in solitary confinement in Hanoi. He used his time not only for personal prayer but also to write a reflection that continues to inspire. (B.M. - Comboni Missionaries)

Van Thuan had been appointed as Coadjutor Archbishop of Saigon just seven days before South Vietnam fell to the Communist North in 1975. He was arrested and spent 13 years in prison, nine of them in solitary confinement in Hanoi. Released in 1988, Pope John Paul II called him to Rome, where he eventually became president of the Pontifical Council for Justice and Peace until his death in 2002.

The legacy the cardinal left us in the form of his volume, ‘The Road of Hope – A Gospel from Prison’, is for us all a map for meaningful prayer and meditation. In the book we read: “Saints do not become saints through acts of prophecy or performance of miracles. They do nothing extraordinary at all, other than faithfully carrying out their ordinary duties.”

At this distance, the war in Vietnam for an older generation is a kaleidoscope of bitter memories. For younger generations, it may only be the fiction of movies – but it was surely the first war in history to inspire students, peace activists, intellectuals and combatants themselves to protest against the fighting and in time, help bring it to an end.

It was President John Kennedy who sent the first troops to Vietnam. President Johnson escalated the action, pouring men and money into the conflict to combat the US’s greatest fear—the rise of communism. In a speech given on 23 January 1973, President Richard Nixon described the Paris Peace Accord as “Peace with honour”. Two months later, the last US soldier left Vietnam. On 30 April 1975, Saigon fell to communist North Vietnam.

In that same month, Pope Paul VI named Van Thuan Coadjutor Archbishop with rights of succession to the Archbishop of Saigon and named him titular Archbishop of Vadesi. The North Vietnamese regime did not approve and forced him to return to Nha Trang, where he had been bishop during the previous eight very difficult years.

He was placed under house arrest, then, without trial was taken to North Vietnam, where he began his 13 years in prison, nine spent in solitary confinement. During those long years, he wrote The Road of Hope. Later, he was again held under house arrest at Giang-Xa.

Van Thuan was guaranteed to be damned in the eyes of the communist regime. His uncle, Ngo Dinh Diem, was South Vietnam’s first president, and the family was something of a Catholic dynasty in the region. He was born on 17 April 1928 in a suburb of Hue in the central part of Vietnam. The eldest of eight children, he was raised in the Catholic faith—his family’s Catholic tradition stretching back to 1698. He was ordained priest on 11 June 1953, working first in a parish transitioning from a French majority to a Vietnamese one, then as chaplain to various institutions before going to study in Rome in 1956, where he achieved a doctorate.

Returning to Vietnam, he served as Vicar General in the Archdiocese of Hue from 1964 to 1967, when Pope Paul VI appointed him Bishop of Nha Trang—its first Vietnamese bishop. His work there led to a huge increase in the number of seminarians. His focus on organisations such as Justice and Peace and Focolare influenced the whole diocese. Among the pastoral letters he wrote were three entitled “Awake and pray”, “Justice and peace”, and “Holy years of renewal and reconciliation”. The last, written in 1971, seems ahead of its time.

Van Thuan was chair of the Justice and Peace Committee, Social Communication Committee and the Development of Vietnam Committee, which assisted in the resettlement of refugees from the war areas. He was one of the founding members of the Catholic Radio Station, Radio Veritas. Attending regional bishops’ conferences, he heard the Archbishop of Cracow (the future Pope John Paul II) speak of his pastoral experiences during the most difficult period in Poland under the communist regime. That may well have influenced his thoughts in the years ahead when the North Vietnamese communists imprisoned him.

In his chapter in The Road of Hope on “The Interior Life”, Van Thuan writes: “In this struggle, your weapons are meditation, self-denial, the sacraments, the rosary, and recollection. Your allies are Mary, St Joseph, the angels, your patron saints, and your spiritual director. Unless you gradually drop your weapons or abandon your allies, your victory is assured.”

These words, and another 1000 encouraging messages, were written during his nights in prison. He risked all to write these brief reflections on scraps of paper, which were smuggled out of prison, copied by hand and shared in the community. His isolation did not prevent his powerful connection with his people. His intention was to console war-weary people in a land where conflict and oppression seemed ever-present.

On 21 November 1988, Feast of the Presentation of Our Lady, he was released and ordered to live at the Archbishop’s House in Hanoi but denied permission to perform pastoral work. In March 1989, he was allowed to visit his aged parents in Sydney, Australia, and travel to Rome before returning to Hanoi. He was exiled in 1991.

Those years in exile were spent promoting justice and peace, forgiveness and reconciliation worldwide. In 1994, he was appointed vice president of the Pontifical Council of Justice and Peace, and in 1998 its president. He was made cardinal in 2001, but his imprisonment had severely damaged his health. He passed away just a year later. In May 2017, Pope Francis named him as Venerable, a significant step on the road towards canonization.
(B.M. - Comboni Missionaries)