Home
Missionssekretariat
Vatikan
Pope at audience: “Solidarity is key to overcoming the crisis.” Plea for Lebanon

Pope at audience: “Solidarity is key to overcoming the crisis.” Plea for Lebanon 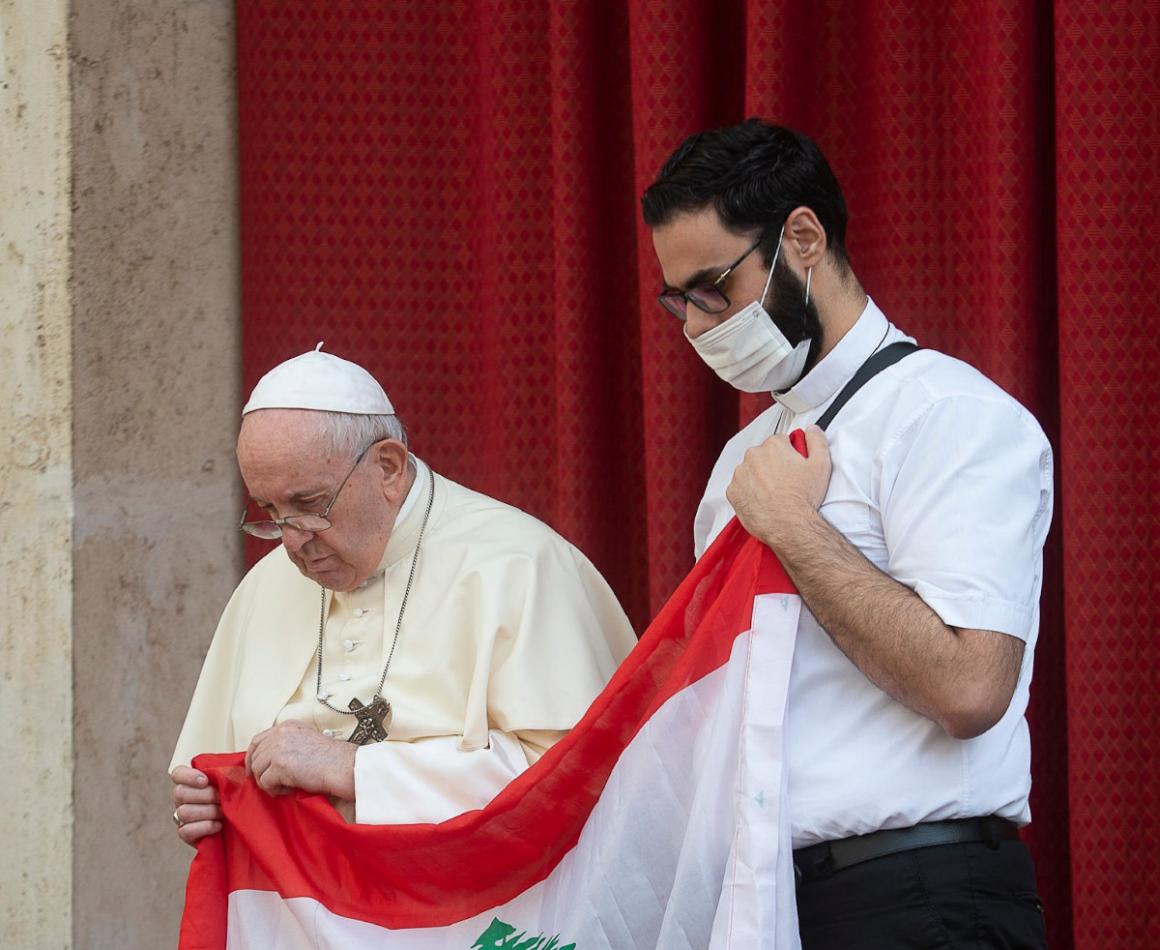 Wednesday, September 2, 2020
Pope Francis’ general audience in the presence of the faithful resumed, six months since the beginning of the pandemic, with a long and heartfelt plea for Lebanon. September 4 to be observed as a Day of Prayer and Fasting for Lebanon. "To come out of this crisis better than before, we have to do so together; all of us, in solidarity”, the theme of the catechesis held in the Saint Damasus Courtyard.

“After many months we meet each other again our face to face, rather than screen to screen. This is good!” With these unscripted remarks the Pope opened today’s general audience, the first in the presence of the faithful after six months, due to the restrictive measures imposed by the ongoing pandemic, which “has highlighted our interdependence: we are all linked to each other, for better or for worse”, Francis said addressing the faithful gathered in the St. Damasus Courtyard. At the end of the audience the Pope made a long and heartfelt appeal for Lebanon and announced a Day of Prayer and Worldwide Fasting on September 4 for the devastated country, severely affected by an explosion in Beirut a month ago: “Lebanon cannot be abandoned in its solitude.”

“To come out of this crisis better than before, we have to do so together; all of us, in solidarity”, the Pope said: “Together, not alone. Either it is done together, or it is not done. We must do it together, all of us, in solidarity”, the proposal. “As a human family we have our common origin in God”, Francis reminded the faithful: “we dwell in a common home, the garden-planet, the earth where God placed us; and we have a common destination in Christ. But when we forget all this, our interdependence becomes dependence of some on others, we lose this harmony of interdependence and solidarity and we become dependent – the dependence of some on a few, on others – increasing inequality and marginalisation; it weakens the social fabric and the environment deteriorates.” Hence “the principle of solidarity is now more necessary than ever”, following the teaching of Saint John Paul II: “The big wide world is none other than a global village, because everything is interconnected.” “But not always do we transform this interdependence into solidarity. There is a long way to go from interdependence to solidarity”, underlined the Pope,  for whom “selfishness – individual, national and power-groups – and ideological rigidities instead sustain “structures of sin”.

“We want to be masters of the Earth, but we ruin biodiversity and ecological balance.”

It is the gist of the “Babel syndrome”,which occurs “when there is no solidarity.” “Unfortunately things like this can also happen today. When shares fall in the financial markets, all the agencies report the news – we have seen it in the newspapers in these days. Thousands of people fall due to hunger and poverty, and no-one talks about it.”

“Solidarity today is the road to take towards a post-pandemic world, towards the healing of our interpersonal and social sicknesses.”

Francis said, referring once again, in his closing remarks, to the long road that lies ahead of us to overcome the pandemic: “There is no other way. Either we go ahead along the road of solidarity, or things will worsen.” “One does not come out of a crisis the same as before”, he reiterated: “We emerge from a crisis either better or worse than before. It’s up to us to choose. And solidarity is, indeed, a way of coming out of the crisis better.” “Diversity and solidarity united in harmony, this is the way”, the recipe of the Pope: “A diversity in solidarity possesses ‘antibodies’ that ensure that the singularity of each person – which is a gift, unique and unrepeatable – not sicken with individualism, with selfishness. Diversity in solidarity also possesses antibodies that heal social structures and processes that have degenerated into systems of injustice, systems of oppression.” The example to look up to is that of Pentecost, “diametrically opposed” to Babel. Saint Francis of Assisi knew this well, “and he gave all people, indeed creatures, the name of brother or sister. Even brother wolf, remember.”
M. Michela Nicolais - SIR