Home
Missionssekretariat
Die Mission von innen heraus
Global Compact on Education: the underlying grounds of the bond that makes us all brothers

Global Compact on Education: the underlying grounds of the bond that makes us all brothers 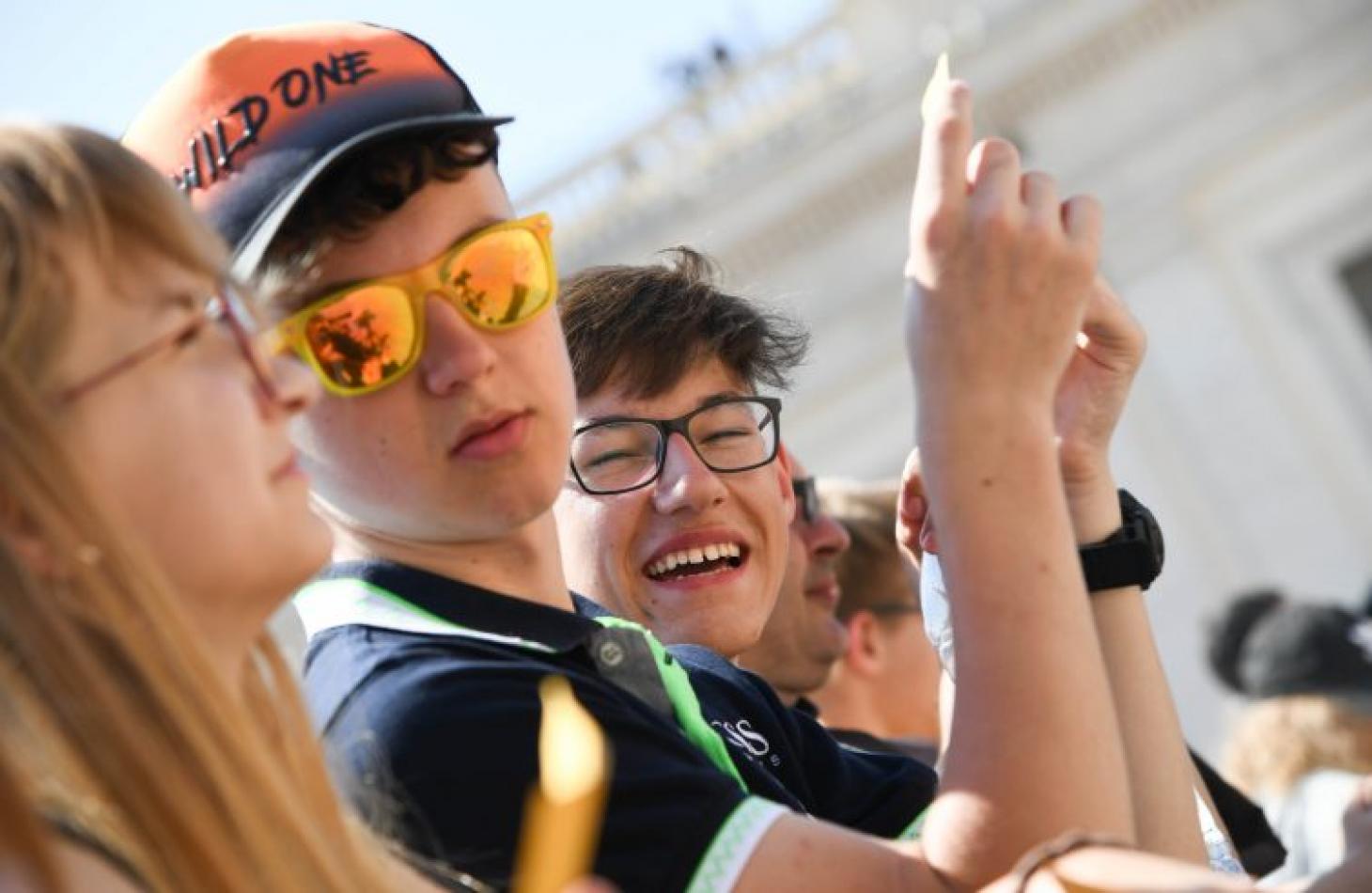 Thursday, October 15, 2020
The starting point can be no other than the many, countless concrete gestures that are already being carried out across the world and which need to be given respite, strength and courage. In short, the global compact points to a lofty goal, it also furthers networking and the enhancement of many human energies, frequently stifled. It is a process of historic importance, which requires everyone's contribution and the commitment of each and every one, and there is no excuse for anyone.

In essence, education connects individuals and communities on a horizontal plane, whereas in the vertical plane it interconnects time, the present, the past and the future. In short, it’s one of the greatest themes of humankind. And of the Church. It embraces the totality of the human person, it challenges him or her, it makes him or her progress (or regress), it opens him or her to the world (and to the transcendent) or, alternatively, it locks them in a barren setting. Education belongs to everyone, not only to pundits, while at the same time we are all, always, educators and learners.

We have all experienced first-hand that nowadays, education (from its etymological root educere: “bring out, lead forth,”) is being questioned, disputed, degraded, or simply ignored.

In other words, training i.e., acquiring the knowledge to master specific processes, is enough to safeguard the interests of global productivity.  Or communicating – namely transmitting streams of messages – to achieve specific goals of a social nature. Education is quite the opposite, it’s far more complex, it brings into play relationships, all relationships, those very relationships or the system of relationships that render man, the person, fully human. Paul VI recalled, in his speech to the United Nations, that the Church qualifies as “teacher in humanity.” One of his successors, who canonized him, thus reminds us, as did his predecessors, of the need for education. He does so in the twenty-first century context. A suspended world, and not only for the virus but also caused by the stalemate of globalization processes, the failure of neo-liberalist perspectives, old and new conflicts, old and new imperialisms, forms of totalitarianism that worm their way through, denounced by John Paul II.

It is no coincidence that the proposal of a Global Compact on Education, due to be launched in May and postponed because of the pandemic, is being presented now. In fact it is the first practical expression of the Encyclical “Fratelli tutti”. The importance of education today is such that it can indeed provide the grounds for a common effort involving each and every one of us. Thereby rediscovering the deep-rooted bond that makes us all brothers, all of us, true sisters and brothers. Siblings will often quarrel, confront each other, but they will always be united by an undeniable bond, found in its topical passages.

The pact proposed by the Pope, called for by many leading representatives of world organizations and non-Christian religions, i.e. by the fruits of his extensive dialogue, is demanding. Converging on this commitment also means embracing a vision of openness and a major global investment.

However, this commitment is based first and foremost on the awareness that the starting point can be no other than the many, countless concrete gestures that are already being carried out across the world and which need to be given respite, strength and courage. In short, the global compact points to a lofty goal, it also furthers networking and the enhancement of many human energies, frequently stifled. It is a process of historic importance, which requires everyone’s contribution and the commitment of each and every one, and there is no excuse for anyone.
[Francesco Bonini - SIR]

Global Compact on Education.
Msgr. Zani: “The Pope is asking us to broaden our horizons”

"Embracing the compact on education means pledging to rebuild relationships at all levels, starting from our closest ones, the family, the village, extending to the city, the world, and the natural environment”, Msgr. Angelo Vincenzo Zani, Secretary of the Congregation for Catholic Education, contacted by SIR, commented on the Pope's video message on the Global Compact on Education, released today October 15, 2020. "Broadening horizons", is the key message. 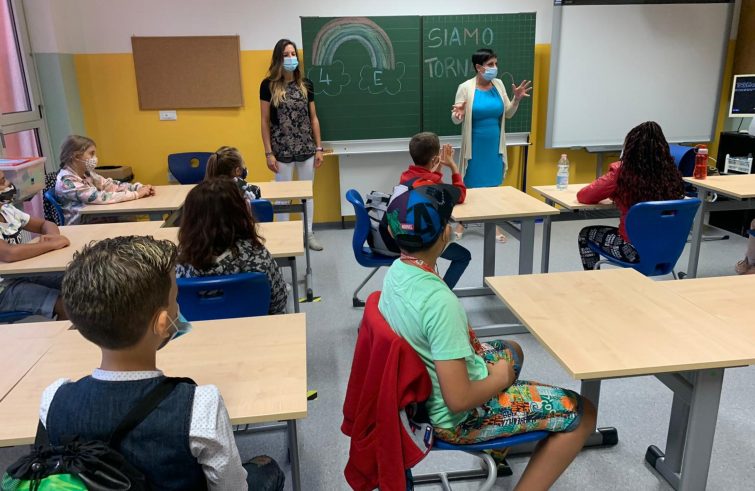 “A revival, a restart”: Msgr. Angelo Vincenzo Zani, Secretary of the Congregation for Catholic Education, thus described Pope Francis’ video message for the Global Compact on Education, due to be held on May 14 but postponed owing to the ongoing health crisis. The Pope’s video message was broadcast today during an event at the Pontifical Lateran University, titled “Insieme per guardare oltre”, promoted by the Congregation for Catholic Education, specifically dedicated to the academic world.

“Never before has there been such need to unite our efforts in a broad educational alliance, to form mature individuals capable of overcoming division and antagonism, and to restore the fabric of relationships for the sake of a more fraternal humanity”, the Pope wrote in the message of presentation of the Global Compact, relaunched in today’s video message. These words echo, and are an anticipation of, “Fratelli tutti“.

Pope Francis’ thoughts are reflected in the above-mentioned message, as in today’s video message: these tenets have always formed part of his Magisterium and were mentioned in the message of September 12, 2019 for the event that was to be held on May 14, 2019. In today’s video message, the Holy Father further focalizes his thoughts on the current situation, marked by the Covid-19 pandemic.

In the present socio-cultural global scenario, the global compact on education has a lofty connotation, rendering it all the more urgent.

With regard to content, today’s video message makes clear reference to the Encyclical Fratelli tutti, and in a certain way acts as a common thread uniting it to the Pope’s public speeches, especially those of the last few weeks, such as the Message to the UN on 25 September, in which the Holy Father voices his concerns regarding the global situation and peace, along with the Message for the event The Economy of Francesco, scheduled for November next. The inspiring factor of these events, all strictly interconnected, is the third Encyclical of Pope Francis, representing the synthesis not only of his Magisterium, but of Church social doctrine as a whole, re-launched today, at a time of unprecedented and habitual challenges exacerbated by the pandemic.

In the latest cycle of Wednesday Catecheses, the Pope reiterates that ours is an ailing society, not only because of the coronavirus.  How can education heal what Francis calls “social ills”?

In today’s video message, the Pope outlines seven operational objectives to work on, representing what can be described as the interpretative key of his pedagogy. “We must listen to the voice of children and youths”, says the Holy Father: he is not referring to students, he is not only addressing the school environment, he is referring to the sphere of education which extends much further.

He broadens our horizons, asking us “to transmit values and knowledge; to build together a future of peace; a life of dignity for every person”. This somewhat encapsulates the essence of his vision.

In one of his five speeches on the Global Compact on Education, the Pope invited the Cardinals to an attitude of attentive listening, which is typical of his approach and style. Prior to teaching, it is necessary to educate, that is “educere“, to listen, to bring individuals out of their shell.

For Francis, the first gesture is to motivate the individual and then teach him/her: this is his educational paradigm, whose pedagogical value extends far beyond the school environment.

Certainly, schools are a very important context, but the Pope also speaks of art, sports, music, economics, politics: his is a wide-reaching proposal.

Today the Pope calls upon everyone to embrace the Global Compact on Education. What role can each of us play in promoting it, and what are the specific responsibilities of the academic world?

We are all called to jointly address the challenge of being the guardians of the common home and shape the future of our planet, as Pope Francis requests of us. We must invest in everyone’s talents. We are all key players in education, for education is a global alliance that encompasses the social, cultural, political, religious and economic spheres.

In the Pope’s vision, embracing the Compact on Education means pledging to rebuild relationships at all levels, starting from our closest ones, the family, the village, extending to the city, the world, and nature.

Specific proposals are addressed to scientists, academia, theologians, scholars in general. Our Congregation, for example, made preparations for today’s event with 15 international congresses. Eleven international congresses were held, then we had to stop due to the pandemic. Numerous themes were expanded from the papal suggestions, ranging from education to democracy, peace, dialogue, ecology, to education as a service, as a dialogue between generations, between culture and religions, with the economy. Our activity continues in four domains: the dignity of human rights; peace and citizenship; integral ecology and the domain of fraternity and development. Each of these spheres is coordinated by a university: respectively, the University of Notre Dame in the USA; the Lateran University; the Javerian University of Bogota; the Catholic University of the Sacred Heart. The overall coordination is entrusted to the Lumsa University. The goal is to promote new perspectives as outlined in the Pope’s video message and in all his speeches on the Global Compact, thereby fostering the creation of a university network tasked with carrying out scholarly research through conferences, initiatives and projects. As a Congregation, we have been working tirelessly to identify practical experiences at local level: we have selected 70 so far from world countries.
[M. Michela Nicolais – SIR]