India: the search for ‘Black Gold’ 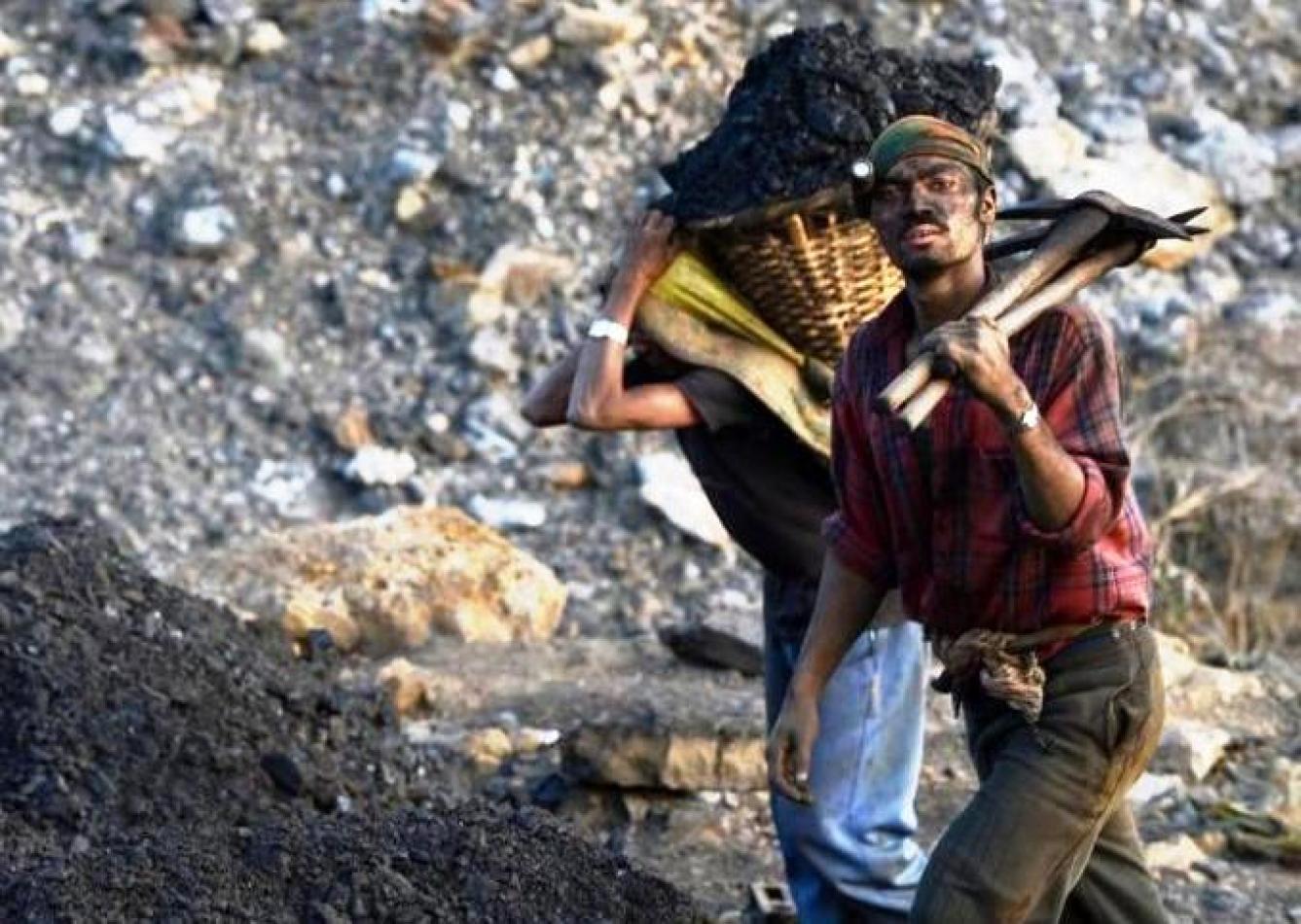 Friday, October 16, 2020
Thousands risk their lives in the ‘Rat-holes’ in India.  Most of them are poor immigrants from Nepal and Bangladesh. Sister Blinda does her best in a desperate situation.

In the almost complete darkness, he makes his way along the narrow tunnel on his hands and feet. As he moves, he pushes his pick ahead of him and drags a barrow to collect the coal. The clay is damp and the air is bad. He is well aware that, at any moment, the tunnel may collapse and bury him alive. He has no choice. The coal helps him to feed his family.

‘Rat-hole mines’ is the name given to the low, narrow tunnels of the illegal coal mines in the north-east of India. The state of Meghalaya, a strip of mainly mountainous country about 300 Km long, is riddled with tunnels. Deep shafts go down into the depths of the earth and the narrow tunnels radiate in all directions. The shafts are supported by improvised material. Some men pull a wooden cart from one of the tunnels to the shaft where they place the coal in a basket. One of the men takes it on his back and ascends the stairs. The coal may weigh as much as forty kilos. The man stops frequently and leans on a shaky railing. The shaft is 60 metres deep and the man climbs it several times a day, using the damp and slippery wooden stairs.

Like the others in the area, the mine is illegal.  The miners who risk their lives on the Jaintia Mountains are mostly immigrants from Bangladesh or Nepal and work for a local mine operator. They live in fear of losing their jobs.

A small boy around eight years old emerges from a pit. Thousands of children work in the ‘rat-hole’ mines. Being small, they can easily crawl through crevices just 40 cm high and 70 metres below ground. He tells us he started working at dawn. He crawled into a tunnel with a torch on his head and pulling a small cart. In the narrow tunnels, it is hard to breathe as there is little oxygen. But it is better to dig non-stop without reflecting too much as the miners are paid by the amount of coal they extract. The children earn six Euro a day while the adults may hope to earn up to thirteen. “It is much more than I could earn in Nepal”, 15-year-old Ameesh tells us.  However, he has been here for eight months but has not been able to save a single Rupee. Food is very dear.

Kiran, a boy of twelve and slim build, already has the calloused hands of an experienced miner. He ran away from Nepal six months ago and he hopes to save up the 150 Euros to pay the one who brought him here and so return home. He knows he will have to work hard for months unless he decides to dig the coal from the deeper mines where life is cheap, but the pay is better.

According to the NGO Impulse Network, more than 70,000 boys are working in Indian coal mines similar to rat-holes and it is not easy to find a way out.

The heaps of coal build up along the roads. There we see a large number of men, women, and children loading the coal onto lorries. There is an endless line of lorries to be loaded with coal. As they leave, they belch out clouds of exhaust fumes. From the plateau of Meghalaya, they descend to lower Assam. India is hungry for coal.  It is the third-largest producer of coal in the world and uses coal to provide 60% of its energy needs.

Sister Blinda Marwein stops for a moment at the side of the road until a cloud of exhaust fumes disperses. When it is safe to move, she goes on her way to visit the Chetri family who live close to a coal mine. For years now, Sr. Blinda has taken care of a number of people in the area and visits their families, usually in the evenings when the whole family can be found at home.

The Chetri family lives not far from the road in a wooden hut with a plastic sheet for a roof. There are many like them in this village of miners without a name.  Kumar Chetri is from Nepal. He has worked as a miner for twenty-six years, first in Nepal and now in India. Wherever he goes, he takes with him his wife Yolinda, a member of the Khasi, a local ethnic group, and their seven children.

Seeing Sister Blinda, he offers her a stool to sit on. The mother has a two-year-old child in her arms. The child has a slight fever. Sister Blinda sits down and examines the child. She gives the mother some medicine for the child and tells her it will be well in a few days. Sister Blinda is a nurse. She often treats people with respiratory diseases and skin rashes.  Tuberculosis is widespread. During her visits to the families, she listens attentively to the worries of the families. “We talk together. Sometimes we pray. They speak of their problems and difficulties. To tell the truth, many of them no longer want to work in the mines. It is far too dangerous”, the Sister tells us.

During his years as a miner, Kumar, now 41 years old, suffered many accidents. “People are sometimes killed by poisonous gas. Falling rocks also kill people. There is always the fear the mine will collapse and bury people alive. I have seen many people die”. But this is the only work Kumar can find. “I put up with all of this for the sake of my children”, he adds.

The memory is still very much alive of the fifteen young men who were drowned in December 2019 when the water from a river flooded a pit. Despite an elaborate rescue operation, help came too late. Only two bodies were recovered. Fatal accidents are happening all the time. In most cases, they are not even recorded. Here, nobody is interested in the immigrants who mostly work in the mines with their children. The mining work not only claims victims among the workers but also destroys the environment. In many places, people only drink rainwater and not from the river. Illegal mining has been prohibited by law since 2014, but it still goes on secretly in many places. Some members of parliament own mines. In July 2019, the Indian Supreme Court declared that mining could only be carried out with a licence. The aim was to ensure the country was protected from harmful mining practices to guarantee the security of the miners.

Kumar Chetri hopes to continue working as a miner as there is no other work available for him. In her efforts to help the miners, Sr. Blinda is looking for alternative sources of income. “We have organised women’s support groups. We show them other ways to earn their living such as by growing paw-paws, oranges and other fruits a safe distance from the mines”, she tells us. The Chetri children attend the Catholic School. Their father does not want them to go to work in the mines. “I want them to get their school diplomas. I want them to have a better life than I have had”, Kumar says, “a life far away from the ‘rat-hole’ mines.”
[Comboni Missionaries]