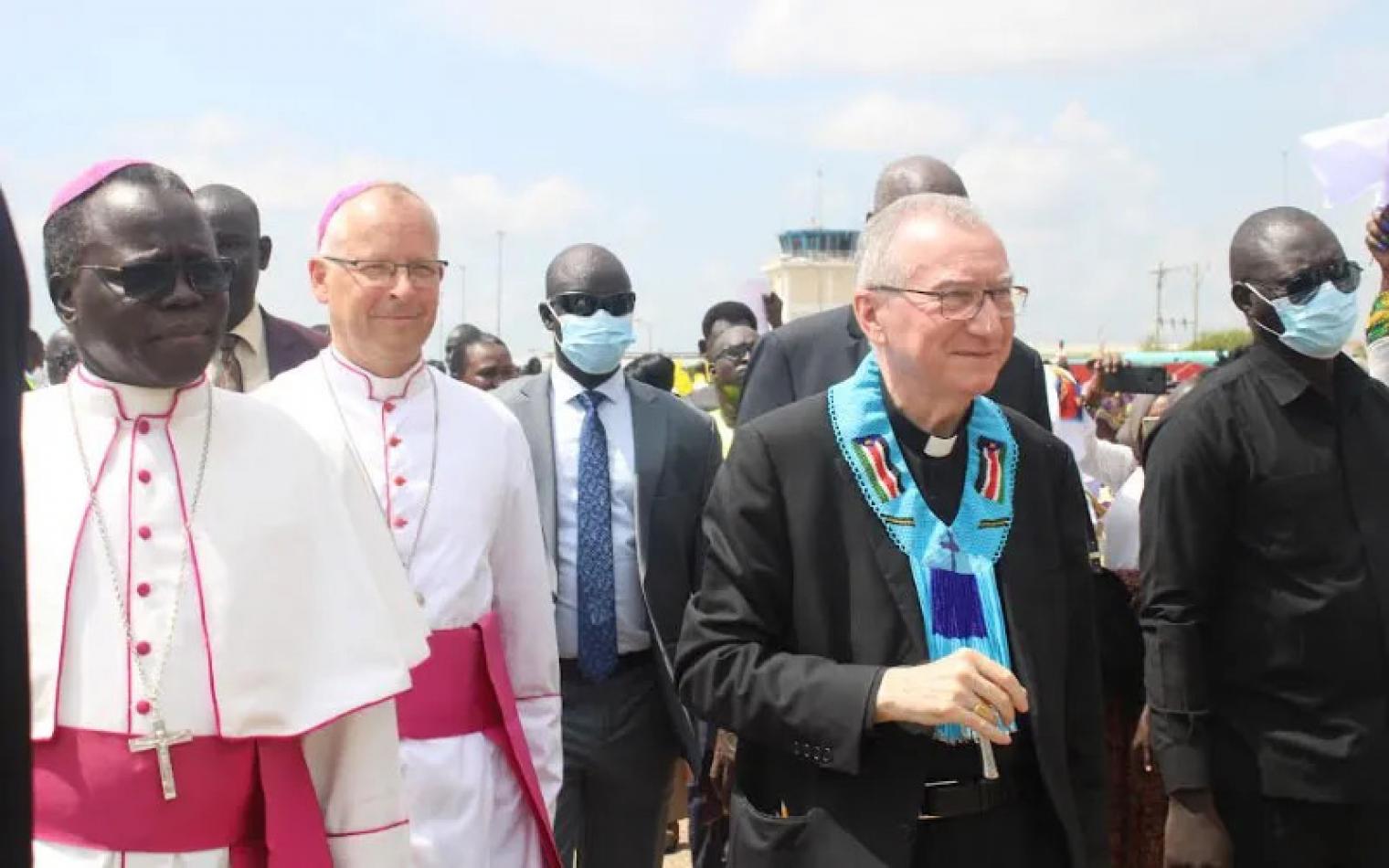 Monday, July 11, 2022
The representative of the Holy Father in South Sudan has called on the people of God in the East-Central African nation to work toward achieving lasting peace in the country as they await the realization of the postponed ecumenical visit. [Patrick Juma Wani – ACI Africa]

Speaking at  Dr. John Garang Mausoleum on Thursday, July 7, Archbishop Hubertus van Megen said the visit of the Pietro Cardinal Parolin is a great step towards consolidating peace in South Sudan. “It’s time for us to move forward and let us take a step towards peace,” Archbishop van Megen said, added, “The Holy Father gives us this task to do before he comes.”

“It’s the time for us to work on it before the Pope comes. let's get things rushing because he gave us a few months more,” Archbishop van Megen said. In a June 10 statement, the Holy See Press Office Director, Matteo Bruni, announced the postponement of Pope Francis’ two-African-nation pastoral trip that had been scheduled to begin in the capital city of the Democratic Republic of Congo (DRC), Kinshasa on July 2, and conclude on July 7 in South Sudan’s capital city, Juba.

Mr. Bruno said that the doctors of Pope Francis had made the request to postpone the pastoral visit to Africa, and that the trip will be moved “to a later date to be determined”. Since then, the Holy Father has repeatedly reconfirmed his desire to realize his third trip to Africa. On June 12, Pope Francis said he is praying to reschedule his Apostolic trip to DRC and the ecumenical visit to South Sudan “as soon as possible”.

In his remarks after his Angelus reflection for pilgrims gathered in St. Peter’s Square on Holy Trinity Sunday, Pope Francis apologized to authorities of the two African nations for having to postpone the six-day trip. Speaking at the start of his audience with members of the Missionaries of Africa (White Fathers) in the Vatican’s Clementine Hall on June 13, the Holy Father reiterated his intention to reschedule his third visit to Africa. The 85-year-old Pontiff told the delegates of the Missionaries of Africa, “Indeed, at my age, it is not so easy to go on a mission trip! But your prayers and example give me courage, and I am confident that I can visit these peoples, whom I carry in my heart.”

In his address in Juba during the July 7 event, the representative of the Holy Father in South Sudan challenged the people of God in the East-Central African nation to have some concrete “political progress” by the time Pope Francis realizes his postponed visit. “We should not only do things that are ready for the visit of the Holy Father but we really have to offer something to him in terms of political progress and to be able to tell the Holy Father that we have surely made peace in this country,” the Nairobi-based Archbishop further said. Having some indicators of progress toward lasting peace, he said, “is a role for all of us to play not only for the leaders of this country; it's for each and every one of us because all of us have the responsibility in bringing peace into our families, communities, and in our beloved country.”

The Apostolic Nuncio who also represents the Holy father in Kenya went on to recount his recent encounter with the Holy Father in Rome, saying, “You know it’s exactly one week since I was in Rome and had a meeting with Pope Francis and we spoke about South Sudan and what to do after he postponed the visit and there was a clear message from him, that Monsignor Bert, I will come.”

Archbishop van Megen said that the Holy Father had told him, “I have given my word to the people of South Sudan that I will come soon.”

“The Holy Father has sent Cardinal Parolin as his messenger because he feels like John the Baptist; you know John the Baptist announced that the Messiah will come and he announces because he is the one preparing the roads,” the Nuncio said July 5.