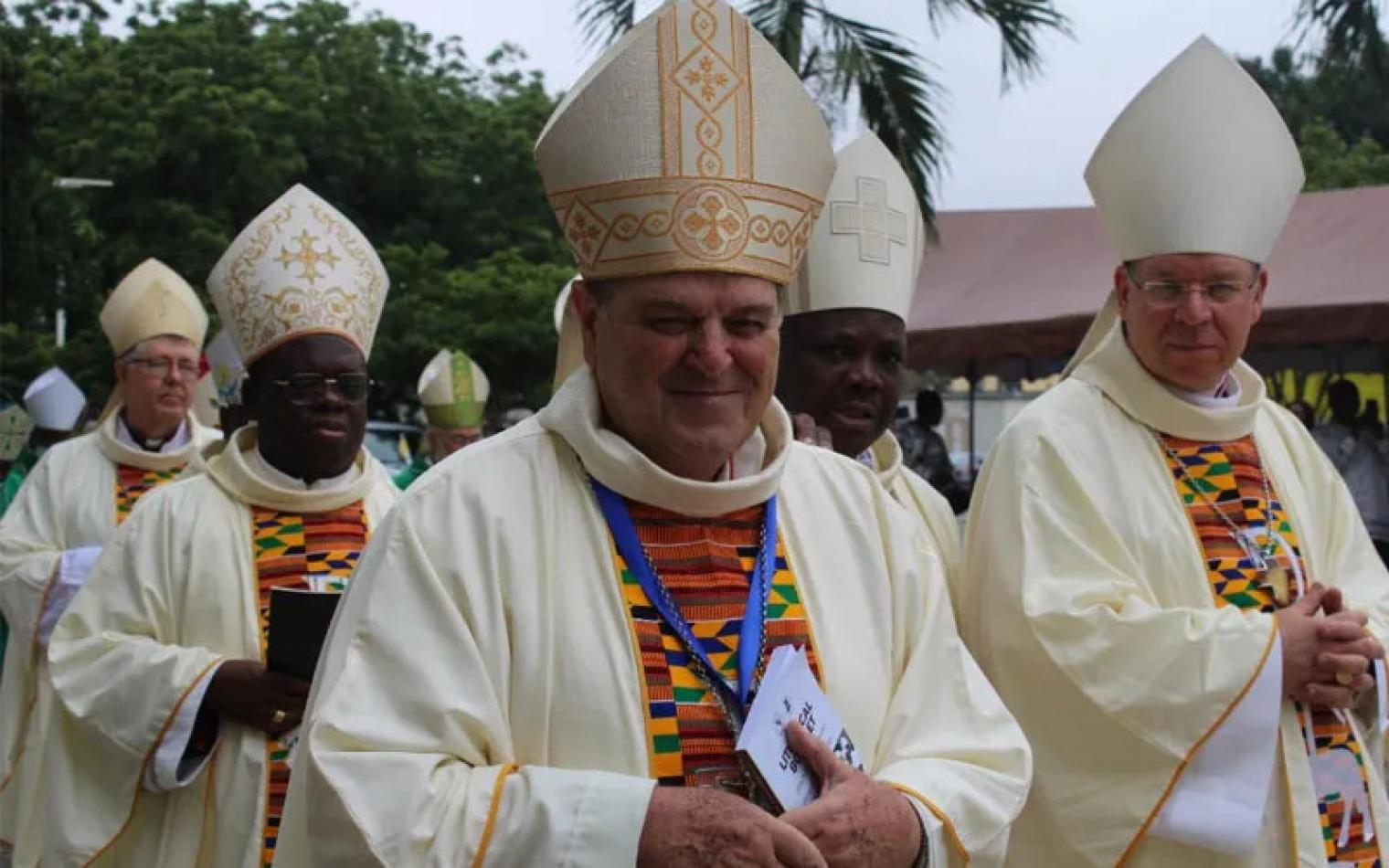 Monday, August 1, 2022
Members of the Symposium of Episcopal Conference of Africa and Madagascar (SECAM)) have, in their communiqué at the end of their 19th Plenary Assembly, appealed to “social and political stakeholders and decision-makers … to do their utmost” to end insecurity on the African continent. In their Sunday, July 31 message delivered at the Holy Spirit Cathedral of the Archdiocese of Accra, Catholic Bishops in Africa and Madagascar highlighted factors behind “great insecurity” in various regions of Africa. [ACI Africa e SECAM]

“Several regions of our continent are experiencing great insecurity due to socio-political instability, violence, economic poverty, weak health structures, insurgency, terrorism, exploitation of religion for political purposes and lack of respect for the environment and good governance,” members of SECAM said in their message read out by Bishop Gabriel Edoe Kumordji of Ghana’s Keta-Akatsi Diocese. They added, “These situations are causes of anxiety for our people. This is why we are sending a message to all people of good will to help put an end to them.”

The Catholic Bishops who are drawn from the eight regional associations of the continental symposium want those with the responsibility of managing national affairs in Africa to work toward ending insecurity. “The social and political stakeholders and decision-makers have a heavy responsibility in the management of our countries,” they said, adding, “We urge them to continue to do their utmost to fight against insecurity for our peoples and our countries.”

“We also urge foreign forces to get involved in building peace and security on the African continent,” SECAM members said, and invited the people of God in Africa “to be alert to the situations of insecurity and collectively seek solutions to the problem.”

They recognized the “important part” the Church has in the process of realizing security in Africa. “This is why the Church must play her prophetic role, by firmly and clearly denouncing situations of insecurity and their causes,” SECAM members said during the Eucharistic celebration to mark the conclusion of their 19th Plenary Assembly that was held under the theme, “Ownership of SECAM: Security and Migration in Africa and its Islands.”

They underscored the need for the Church to “continue to offer everyone reasons for hope and peace in collaboration with organizations working for reconciliation, justice and peace.”

During the July 31 event, SECAM members also reflected on the situation of migrants in Africa. They said, “Migration is a normal social phenomenon that is linked to the history of humankind. It has a biblical basis.”

“The suffering of migrants is not linked to the fact of migration as such, but migration can however involve suffering: abuse of the social status of migrants, exploitation, ignorance and ‘aporophobia’ (fear of poverty),” SECAM members said in their collective message signed by their newly elected President, Bishop Richard Kuuia Baawobr.

Elected SECAM President on July 30, the Ghanaian Cardinal-designate has taken over from Philippe Cardinal Ouedraogo who has been at the helm of the continental symposium since July 2019. The Bishops of SECAM also elected Fridolin Cardinal Ambongo Besungu of the Archdiocese of Kinshasa in the Democratic Republic of Congo (DRC) as their first Vice President, and Bishop Lucio Andrice Muandula of the Diocese of Xai Xai in Mozambique as their Second Vice President.

“We urge transit and host countries to respect the rights and human dignity of migrants,” they added. Addressing themselves to those intending to migrate from Africa, especially young people who they said seek to exercise their right to migrate, Catholic Bishops in Africa urged them “to do so in a manner that is administratively acceptable and with full knowledge of the challenges that await them.”

“We encourage our youths not to lose hope and to hold on to God through a life of holiness,” they further said. Bishops of SECAM called upon Christian communities “to develop an active pastoral care for migration which can be broken down into four steps of actions: welcome, protect, promote and integrate.”

“We wish to express our pains in seeing our youth leaving our countries, knowing that they are going to suffer and possibly lose their lives and we lament our inability to stop them from leaving,” Catholic Bishops in Africa said in their collective message, which Bishop Kumordji of Keta-Akatsi Diocese read out July 31. Reflecting on the Church in synodality, Catholic Bishops in Africa renewed their commitment “to promoting inter-religious dialogue and ecumenism”.

“This process of synodality has already begun at the level of basic Christian communities, parishes, dioceses, nations and regions,” SECAM Bishops said, and continued, “We are now entering the continental phase whose assembly will be celebrated in the month of March 2023.”

They invited all the people of God in Africa “to support this dynamism and to make it theirs through prayer and lifestyle.”

In fostering the spirit of synodality, Catholic Bishops in Africa urged the people of God on the continent “to listen to the cry of the poor and the cry of the earth by caring for the environment, fighting against climate change and promoting social justice for the needy and the poor.”

In their reflection on the ownership of SECAM, Catholic Bishops in Africa said, “It is urgent that SECAM which is our continental body for the exercise of evangelization should strive through concrete engagement of all her members to be financially and materially self-sufficient.”

“We, your pastors, commit ourselves to henceforth support fully the mission of SECAM and urge you to identify with her in order to make her more dynamic and functional in the execution of her mission of evangelization,” they further said. They added, “We know that the true missionary is the saint. We, your pastors, therefore renew our commitment to carry out this mission which Christ has entrusted to us.”

Catholic Bishops in Africa also expressed their commitments to “engaging the world of media through the traditional, modern and social means of communication and the new discoveries of the digital era.”

“We shall intensify the ethical and technical formation of the professionals and practitioners of Church communications while engaging with the philosophies and ideologies that underpin contemporary media institutions, practice and expertise in order to help make them agents of communion, reconciliation and peace,” Bishops of SECAM said July 31.