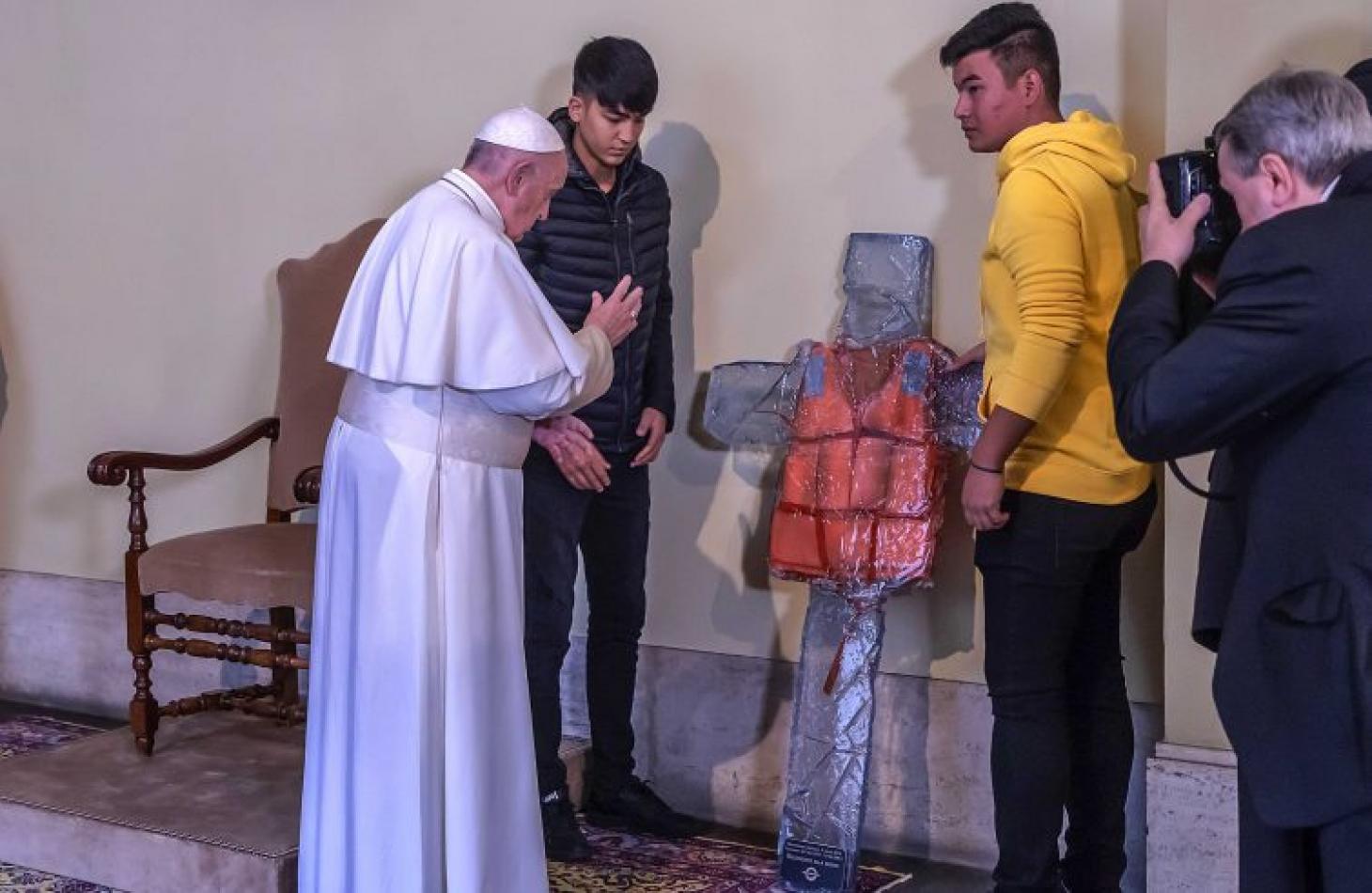 Saturday, May 9, 2020
There are 41.3 million internally displaced persons worldwide, yet "they are not included within the international system of protection provided for by international refugee law", as highlighted in the document titled: "Pastoral Orientations on Internally Displaced People" drawn up by the Migrants and Refugees Section of the Dicastery for Promoting Integral Human Development.

"The camps are a temporary solution", the document denounces, urging the international community to seek "lasting and long-term solutions". The commitment of the Church is "to foster effective integration", rejecting xenophobia, discrimination on ethnic grounds, abuse of women and children, "child soldiers”.

“Even though they are often displaced in the same way, and for the same reasons as refugees, IDPs are not included within the international system of protection provided for by international refugee law.” The Migrants and Refugees Section of the Dicastery for Promoting Integral Human Development, sounded a cry of alarm in the booklet “Pastoral Orientations on Internally Displaced People” (IDP), published today. The document offers “suggestions and guidance for action based on four words: welcome, protect, promote, and integrate”, in the wake of the four verbs proposed by Pope Francis concerning migrants and refugees.

At the end of 2018, according to the Internal Displacement Monitoring Centre (IDMC), 41.3 million people were internally displaced worldwide, the highest number in recorded history.

“All people, regardless of their migratory status, should be able to remain in their home in peace and security without the threat of being forcibly displaced”, is the document’s overarching recommendation to governments and media in order to “raise awareness of the struggles” faced by internally displaced persons that “should be considered as refugees in the same way as those formally recognized by the 1951 Refugee Convention, because they are victims of the same type of violence.”

“It is impossible to remain silent before the disquieting images showing stretches of refugee and IDP camps throughout the world.”

The document denounces the fact that “IDPs frequently face hardship and lack of protection in camps, even when the camps are set up by international organizations.” There ensues the need to ensure that “camps be located in places as far away as possible from armed conflict, secure from possible attacks”, thereby protecting its inhabitants “from the various forms of moral and physical violence” while “promoting and respecting everyone’s rights and dignity in society.”

“Camps are a temporary solution and are not a substitute for adequate housing”, they must not become “a permanent living arrangement” but “remain what they were intended to be: an emergency and therefore temporary solution.”

For the Holy See, integration “requires the involvement of the International Community in adequate and long-term funding commitments for post conflict situations, thereby allowing refugees and internally displaced persons to return home with dignity and start a normal life all over again, together with the entire population.” In the face of this challenge, the Catholic Church is called to “foster authentic integration, avoiding the ghettoisation of IDP communities” and providing the latter with education on “respect for local norms and civil laws and openness towards their host community.” Xenophobia, trafficking in human beings and sexual exploitation must be firmly rejected, while encouraging the adoption of “specific and appropriate juridical instruments and of mechanisms of coordination on the part of the international community, whose legitimate interventions can not be seen as violations of national sovereignty.”

People who have escaped from armed conflicts, unaccompanied or separated children, child soldiers, abused women and children, disabled persons and members of discriminated ethnic groups are the most vulnerable, often invisible social groups.

“Advocating for the development and implementation of programmes and policies of rehabilitation of IDPs, particularly minors, affected by psychological trauma and physical injury during armed conflicts, in particular, through access to school as a form of protection and in order to structure their lives and that of their families”, is a primary commitment of the Catholic Church, called to “Promote awareness and education campaigns to avoid the abuse of internally displaced women and children, and advocate for governments to apply the law appropriately in dealing with these crimes.” Encouraging “donor States to adopt policies that set aside a percentage of the direct assistance, as well as access to programmes and services, provided to refugees and migrants, for the benefit of local families experiencing similar economic and social disadvantages”, is a further proposal of the ecclesial community, which is also called to “advocate for states to implement international legislation against the discrimination of IDPs based on their ethnicity, offering equal services to all ethnic groups within states.” The document denounces that “IDPs living in urban areas are often relegated to peripheral neighbourhoods and slums where they experience disadvantaged conditions compared to other local citizens.” In order to respond to this challenge, the Catholic Church is called to: “Reach out to IDPs in every urban periphery and slum.”