Home
Justicia, Paz (JPIC)
NOTICIAS JPIC
The harmful impact of the palm oil sector is once again exposed in an investigation into the so-called “ethical” investments 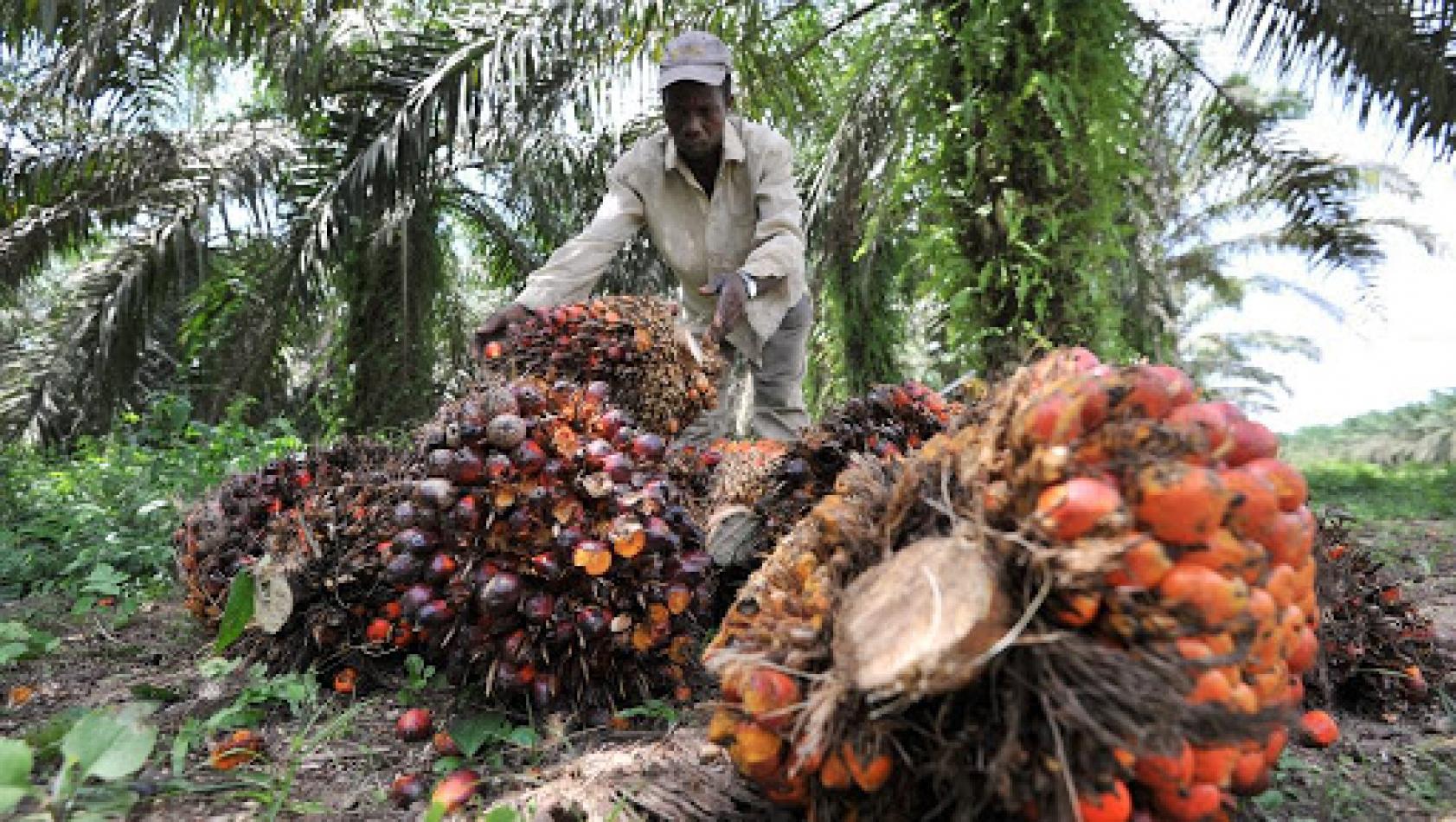 Monday, May 11, 2020
On Wednesday 29 April 2020, RTBF revealed the hidden face of the palm oil group SOCFIN, while this company benefits from the so-called “socially responsible” bank financing. This is not however the first time that this company has been singled out. This new independent investigation confirms the denunciations of hundreds of thousands of affected African and Asian citizens. [AEFJN]

These denunciations have been relayed by national and international NGOs for years, despite intimidation and muzzling prosecutions, and the overwhelming indifference of the banking sector. Several Belgian NGOs are appealing to citizens to call their bank to account.

Wages below the legal minimum, pollution of watershades, child labour on plantations. Here are some of the revelations incriminating the SOCFIN group as disclosed in the first edition of the #Investigation show

«On the hidden roads of our money: when our banks invest in the dirty, the toxic and the warlike…». A palm oil plantation worker testifies: “They treat people like animals…. They want to bring back slavery.” What is even more shocking is that this company is included in a fund (Value Square Fund Equity World) that is sold as a “socially responsible investment” (SRI) to the bank Belfius. The fund in question has even received a  green label by the financial sector. If, following the RTBF’s discoveries, Belfius withdrew the fund in question from its range, several Belgian NGOs denounce this action more than belatedly. They also denounce the lack of rigour of the majority of banks in the composition of funds that are sold as sustainable.

Already in 2013, the top 10 banks in Belgium were called upon to exclude toxic investments in multinationals involved in land grabbing, such as SOCFIN. While one can imagine a lack of precaution on the part of Belfius, the same cannot be said of ING, SOCFIN’s privileged Belgian financial partner. Despite a long list of incriminating reports, an intensive dialogue with the bank, information and denunciation campaigns (STOP Greenwash-ING), the Dutch bank continues to finance the company. In response, it even decides to grant a new “sustainable loan” in 2017! This makes ING consciously complicit in human rights abuses and land grabbing.

Faced with this obstinacy, a complaint to the OECD was filed against ING in its country of origin in 2019, and deemed admissible in early 2020. “More and more banks are launching advertising campaigns on the importance of socially responsible investments. Unfortunately, reality does not always follow the rhetoric. Experience has once again shown that only public regulation of the sector can respond to this societal challenge,” explains Sébastien Mortier of FairFin.

“How much more proof will be needed for ING to react? A few weeks ago, the list was getting longer, because a report from the Sierra Leonean government this time confirmed the claims of the communities affected by SOCFIN: illegal land leases, low or misappropriated compensation payments, corrupt practices and inadequate working conditions. Business as usual is no longer an option today,” says Florence Kroff of FIAN Belgium.

SOCFIN’s two majority shareholders, Frenchman Vincent Bolloré and Belgian Hubert Fabri, have been pursuing an aggressive strategy for years to protect their business. These two powerful families pocket around 30 million euros each year in the form of dividends and remuneration.  They regularly attack any NGO or journalist revealing their practices. In December 2019, 4 Belgian and Luxembourg NGOs and 7 of their employees were summoned to appear before an examining magistrate in Luxembourg following a defamation suit initiated by SOCFIN.

“RTBF’s revelations once again confirm the seriousness of our work and the importance of continuing to denounce the abuses committed by the most powerful. We will not remain silent in spite of these abusive legal attacks and will continue to relay the voice of marginalized groups,” concluded Arnaud Zacharie, General Secretary of CNCD-11.11.11, also personally targeted by SOCFIN’s complaint.

The CNCD-11.11.11, FIAN Belgium, Financité, Entraide et Fraternité, AEFJN and FairFin launch an appeal to citizens to call the bank in two clicks via www.greenwash-ing.be.