Day for Care of Creation. Cauteruccio (Greenaccord): “A new humanism to recover a harmonious relationship with nature” 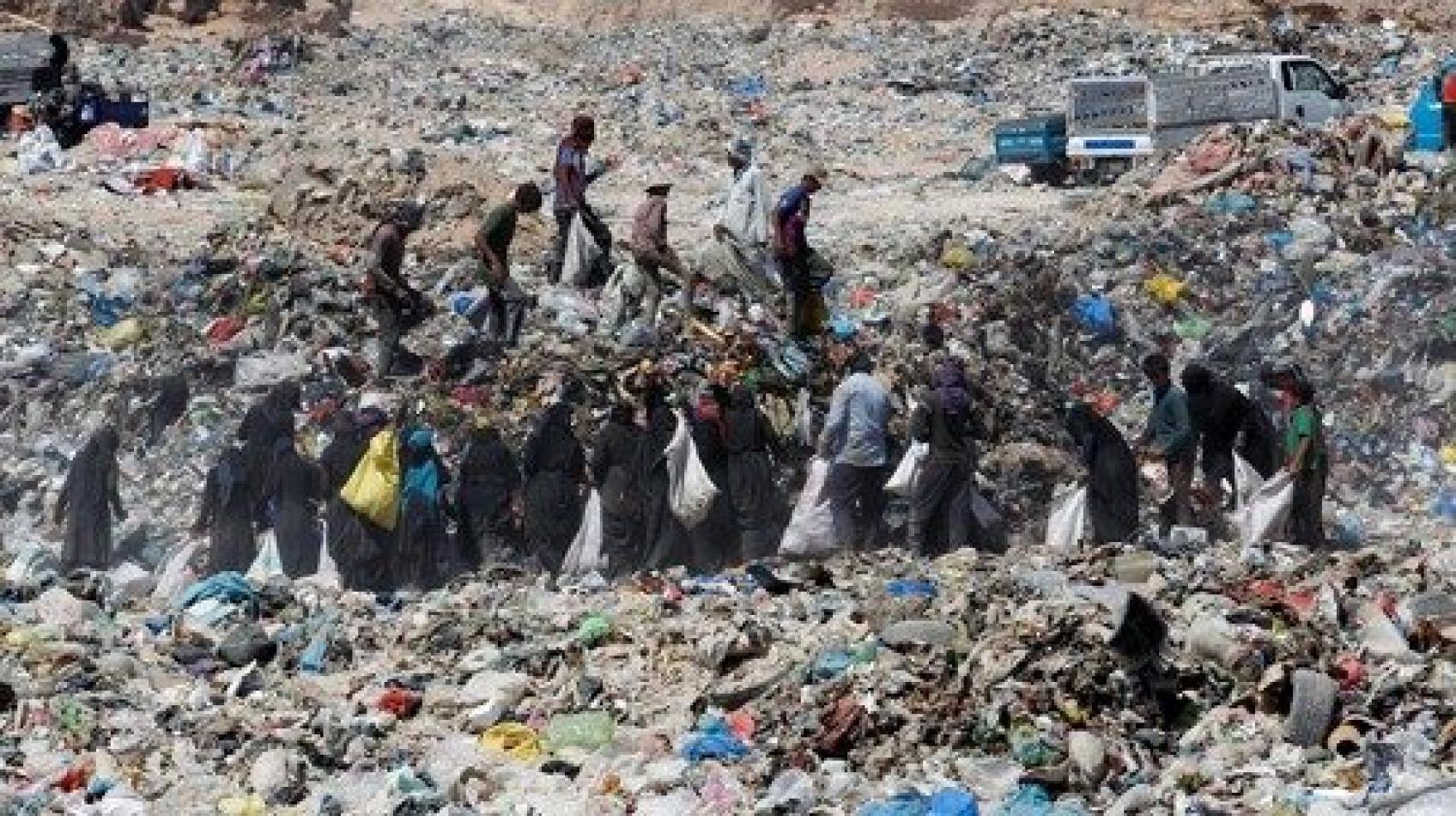 Thursday, September 3, 2020
September 1, marking the 15thWorld Day of Prayer for the Care of Creation, falls in a period of widespread uncertainty, severely scarred by the crisis connected to Covid-19, coupled by concerns over the impact of climate change in a world where the unsustainability of contemporary lifestyles is increasingly evident. “All too often we have considered ourselves masters, and we spoiled, destroyed, polluted, the harmonious natural environment in which we live,” write the Italian bishops in their message for the Day.

September 1 marks the 15th National Day for the Care of Creation.  “Living in this world with sobriety, justice and mercy (Tt 2:12). For new lifestyles”, titles the message of Italian bishops. The NGO Greenaccord has been denouncing the ecological unsustainability of current consumption patterns worldwide, a system that is destroying our natural environment, oblivious to the negative impact on people’s lives, especially those living in developing countries. Past May, the organization launched the #indietrononsitorna (no going back) campaign to raise awareness on the urgent need for change, on the fact that our future must repose on other foundations, that we need an “ecological conversion” from current production models to more inclusive and generating ones, paying due attention to the fragilities of Creation. On Saturday, September 5, Greenaccord will host the 15th Catholic Information Forum for the Care of Creation. It is no coincidence that the theme of the Day is “There is no going back. A new humanism in the light of Laudato si’.” SIR addressed the subject with Alfonso Cauteruccio, chairman of Greenaccord. 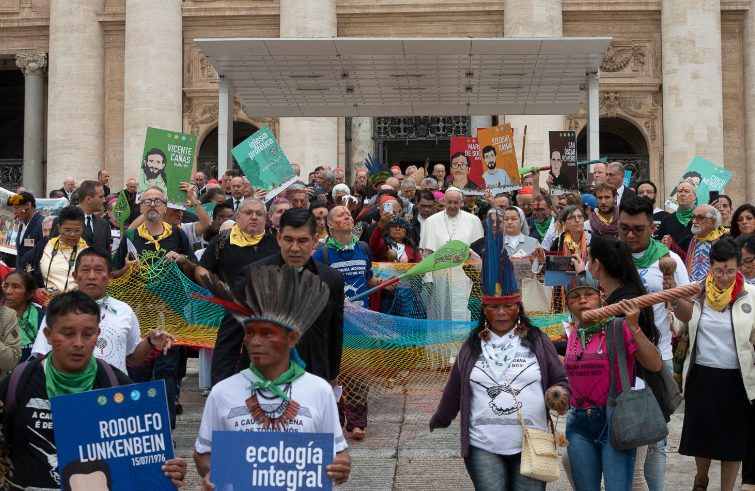 To what extent has the Covid-19 pandemic exposed our global contradictions?

When contemporary societies are under stress, for whatever reason, we all realize that we live beyond the possibilities offered by nature. The underlying factor is a “damaged” relationship between man and nature, i.e. spoiled by an attitude of violence and human exploitation.

The suffering of nature is clear and it deserves our attention, but this attentiveness must translate into a sober, virtuous and loving approach towards Creation.

I believe that the legacy of the pandemic is the awareness that “there is no going back”, and that all we have experienced must make us better persons, more sensitive to the cry of our world.

Why is it so important to convert to more sober lifestyles in a world of increasing inequalities? The Pope, in his general audience on August 19, called for the need to “cure a larger virus, that of social injustice, inequality of opportunity, marginalisation, and the lack of protection for of the weakest.”

In Laudato si’ Pope Francis made it clear that the care of Creation is not separated from social justice: everything is interconnected, everything is inter-related. Thus, “ecological conversion” involves feeling responsible for what the Pope calls the “larger virus.”

Social justice is critical to an ecological change of course: we are at a turning point and humanity is called to discern and plan its future. A lot depends on the choices that will be made by government leaders and individual responsibility.

The direct correlation between pollution and Covid circulation is still controversial among scientists, with many of them calling for caution.

However, there is evidence that pollution can affect public health, especially in urban areas.

Studies on fatalities from Covid indicate that the mortality rate was higher among those with pathologies tied to environmental conditions and to certain lifestyles.

Climate change is also posing a threat to the future of humanity. In this respect, to what extent are States, as well as individuals, aware of this issue?

Since 2019, when scientists talk about climate change they use the term “emergency”, meaning that there is very little time to change course and take drastic measures, even if they are unpopular. Policy-makers are hesitant since these decisions are unlikely to meet with popular consensus and require a long period of time. Many emblematic nations, notably the U.S., are failing in their decisions and are disappointing in their denialist or relativist stances. This should make us restless and concerned, but there is a growing awareness among the younger generations who are “taking to the streets” for climate protection, that is, after all, they are protesting against their parents and grandparents. Younger people can effectively contribute to changing government agendas and plans, because their own future is at stake.

Christian communities are united by their commitment to caring for Creation: which testimony can we give together?

Unfortunately, many Christians are still surprised by the importance given to the care of Creation, which they regard as nothing more than a form of social action. Laudato si’ has sown a seed that is yielding many fruits in Christian communities, including non-Catholic ones. As early as 2004 the European bishops in Namur had proclaimed that care for Creation is an element of strong cohesion to foster Christian unity and interreligious dialogue. The “common” home welcomes and protects everyone, regardless of religious, political or social beliefs. That same home, which until now had sheltered and safeguarded us, is now asking to be protected and safeguarded because it is suffering.

Christians cannot remain indifferent to the prospect of ecological and social disruption.

We leave it to the great of the earth to address the major, inescapable problems; individually, it is our duty to tackle minor day-to-day decisions that must be based on sobriety and on the awareness that we must strive to be happier using fewer resources.

Pope Francis’ Laudato si’ celebrated its fifth anniversary in 2020: it’s  at the heart of the XV Catholic Information Forum for the Care of Creation organized by Greenaccord. What is the goal of this event?

The awareness that there is no going back and that the lesson we have learned from the pandemic cannot be ignored or forgotten, requires fostering, as requested by Benedict XVI, the sense of responsibility and the creativity of all people of good will. We need a “new humanism”, that is, a new vision of the world and society that takes full account of ecological issues and social justice. There is a growing awareness that our lifestyles are irresponsible and that global governance must have visions and objectives that will bring about radical changes in the present economic and productive systems. The solution lies in emulating nature which does not produce waste.

When humanity will avoid producing waste, including human waste, then it will have recovered a harmonious relationship with Creation and will look to the future with confidence and serenity.