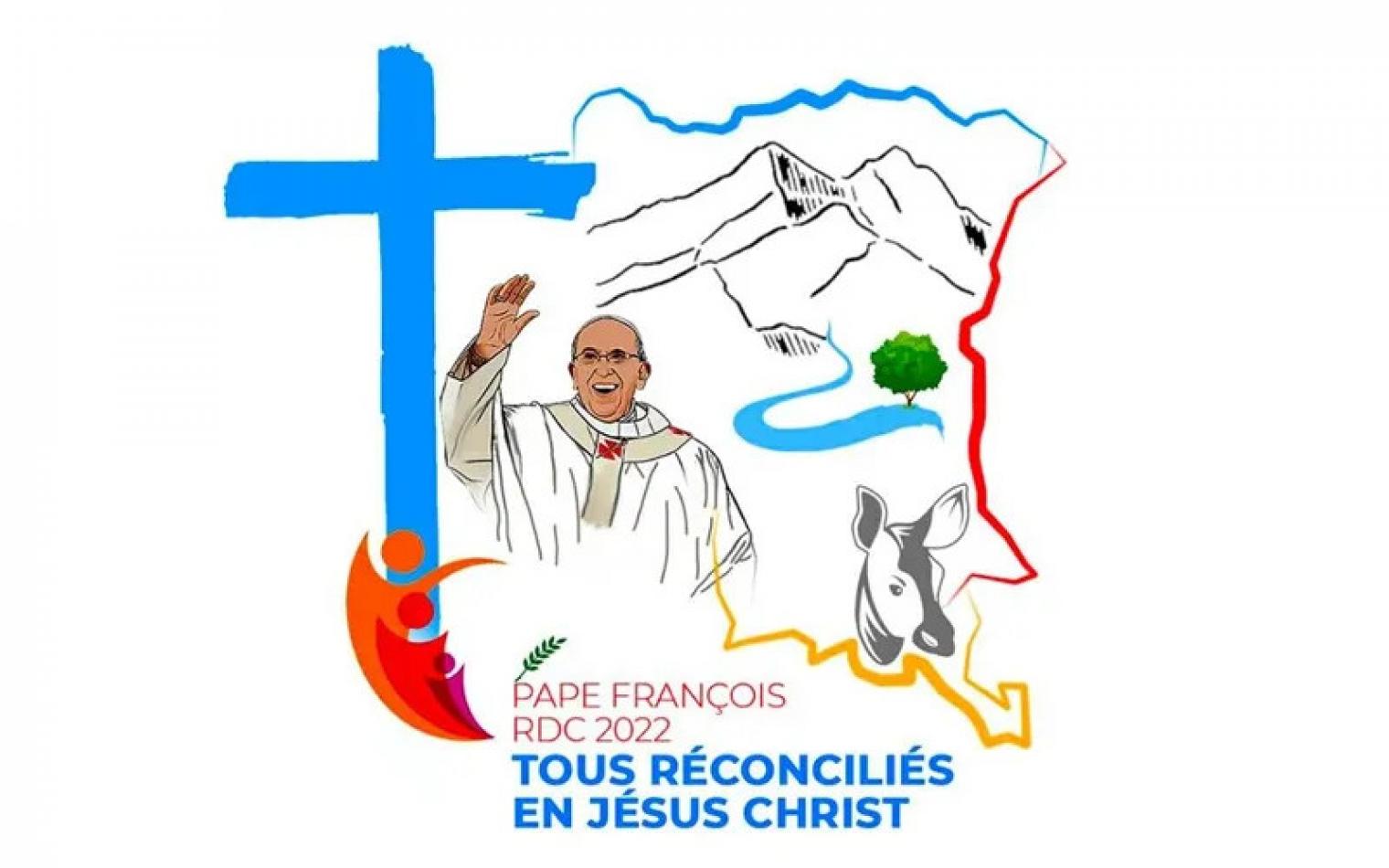 The July 2-5 trip to DRC has been scheduled as part of the Holy Father’s two-African-nation pastoral visit that will see him proceed to South Sudan’s capital, Juba. In a Monday, March 14 report by Vatican News, officials of the Holy See press office say the motto for the Pope’s Apostolic trip to DRC bears the words, “All reconciled in Jesus Christ.”

“The journey's logo features symbols of the nation and an image of the Pope giving his blessing,” Vatican News has reported about the pastoral visit during which the Holy Father has been scheduled to meet the people of God in the cities of Kinshasa and Goma. Making reference to members of the local organizing committee of the Papal trip to the Central African nation that is home to Africa's largest Catholic population, Vatican officials explain the symbolism of the logo that “features a map of the African country with the contours in the design displaying the colors of the flag.”

“The map also has graphics showing the earth's biodiversity and has an open border to the west as a sign of the warm welcome given to this great event and the fruits it will bear,” Vatican officials say in the March 14 report. They note that the colors of the flag display yellow, “symbolizing the richness of the Democratic Republic of Congo with its fauna and flora, terrestrial and subterranean.”

“The red color on the eastern border represents the blood shed by the martyrs in that area. The blue color on the northern border expresses the ardent desire for peace among the Congolese people,” the Vatican officials say. On the left side of the logo, they explain, “a blue cross reflects the devotion of the Congolese people to the Virgin Mary, the Madonna of Congo, who carries and supports the prayers of the whole nation to Christ the Redeemer.”

“The three persons represented are a symbol of fraternity: men and women, adults and children, united in one collage, expressing this wish for unity that can only be God's Gift,” officials of the Vatican say. They go on to explain that “the bright colors used aim to give testimony to the feeling and dynamism that characterizes the Congolese people, ready to welcome in joy and unity the Vicar of Christ and Successor of Peter.”

Also present in the logo is a palm tree branch that refers to the idea of martyrdom rooted in the history of the Congolese people, Vatican officials say in the March 14 report. “The palm expresses victory, rebirth and immortality, and to the message of hope that the Pope's visit offers,” they further say, and add, “In the center, between the cross and the map of Congo, we see the figure of Pope Francis giving his blessing, a great joy for the nation.”

In the March 14 report, members of the organizing committee further highlight several aspects of the biodiversity found in Congolese territory, including the mountain areas present in all regions, especially in the east where a volcano has often erupted, affecting the population of Goma. “The flowing water reflects the hydrographic richness of the country, including the Congo River and its waterways, as well as the various lakes,” Vatican officials say. They add that the tree found in the logo “points to all of the flora of the Congo and represents the uniqueness of this land, Africa and the planet.”

Also depicted are the okapi, half zebra and half giraffe, an animal symbolizing DRC, the only country where it is found, living in the wild and representing the richness of the Congolese fauna, the officials explain. When realized, the July 2-7 pastoral trip to the two African countries will mark Pope Francis’ third visit to sub-Saharan Africa. The journey will mark the first time a Pope has visited the world's youngest nation of South Sudan and the third Papal visit to DRC.

On March 7, Catholic Bishops in DRC urged the people of God to carry out works of mercy, reconciliation, and peacebuilding ahead of Pope Francis’ July pastoral visit.