Christmas, December 2019
If someone who had never heard the story of Jesus were to ask any of us about his origins, we would, I suspect, begin with the story of his annunciation and birth and end with the story of his resurrection and ascension. While that does capture his life, that’s not how the Gospels either begin or end his story. The story of Jesus and the meaning of Christmas can only really be understood by looking at where Jesus came from, his family tree, and by looking at how his story has continued in history. (...) 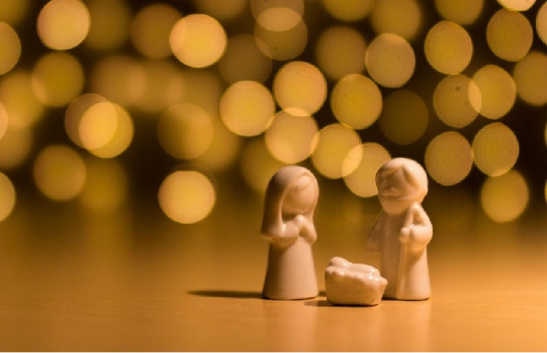 If someone who had never heard the story of Jesus were to ask any of us about his origins, we would, I suspect, begin with the story of his annunciation and birth and end with the story of his resurrection and ascension. While that does capture his life, that’s not how the Gospels either begin or end his story. The story of Jesus and the meaning of Christmas can only really be understood by looking at where Jesus came from, his family tree, and by looking at how his story has continued in history. Indeed, that’s how the Gospels tell his story.

The Gospel of John begins his story by pointing out his eternal origins inside of God before his birth. For John, Jesus’ family tree has just three members, the Trinity: In the beginning was the Word, and the Word was with God and the Word was God. Mark’s Gospel gives no family tree, begins his story with his public ministry, and then has no ending to his story. For Mark, Jesus’ story is still ongoing. Matthew and Luke, however, include inside Jesus’ story a long family tree, a genealogy, that shows his origins. Too often we tend to ignore these genealogies with their long list of difficult-to-pronounce names, most of which mean little to us. But, as the renowned biblical scholar, Raymond Brown, emphasizes again and again, we cannot really understand the story of Jesus without understanding why his family tree, this long list of names, is judged to be important.

What’s to be learned from looking at Jesus’ family tree, that curious list of ancient names? Abraham fathered Isaac, Isaac fathered Jacob, Jacob fathered Judah, Judah fathered Perez and Zerah, whose mother was Tamar, Perez fathered Hezon, Hezon fathered Ram, Ram fathered Amminabab … and so on. Among other things, these genealogies trace out Jesus’ origins in a way that tells us that his real story will not be grasped by anyone who wants to believe that Jesus’ human origins were totally immaculate and pure, containing no sin or weakness. Jesus wasn’t born of all saintly ancestors. Rather, as the genealogies show, his family tree contains as many sinners as saints. Among his ancestors were liars, adulterers, murderers, power-grabbing men, scheming women, wicked kings, corrupt church officials, and sinners of every sort. The same holds true for the religious institutions that figured in his birth. The religious history of Judaism out of which Jesus was born was too a mélange grace and sin, of religious institutions serving both God and their own human interests.

And what’s the moral in all this? The lesson is this: Both the persons and the institutions that gave birth to Jesus were mixture of grace and sin, a mixture that mediated God’s favor and also rationalized it for its own benefit. But, out of that mélange, Jesus was born. It can be a scandal to the piety within us to accept that not everything that gave birth to Christmas was immaculately conceived. The same holds true of what followed after Jesus’ birth. His earthly ministry was also partially shaped and furthered by the self-interest of the religious authorities of his time, the resistance of secular powers of his time, and the fear and infidelity of his own disciples. And this has continued through the two thousand years of history since. Jesus has continued to have earthly incarnation throughout the centuries thanks not only to saintly individuals and virtuous churches. No, Jesus’ family tree subsequent to his birth is also a long list of saints and sinners, of selfless martyrs and selfish schemers, of virtue and betrayal.

And recognizing and accepting this should not lead us to a cynicism where we begin to doubt the truth of Jesus or the legitimacy of the church because of the lies, sin, infidelity, and not-infrequent stupidity of those human persons and religious institutions who originally made up Jesus’ family-tree and who have constituted his family since. Faith can accommodate the recognition of sin and infidelity. So can Christmas.

Christmas has a checkered origin and a checkered sequence: Jacob did steal his brother’s birthright; Judah did sleep with his daughter-in-law; David did commit adultery and did commit murder to cover it up; the church did set up the Inquisition and kill more of its own than were martyred in the early church; the church did give us popes who sold ecclesial favors and were sexually licentious; the churches, despite their catholicity and holiness, have perennially been narrow and elitist and never been fully free of self-interest; and the sexual abuse scandal did happen.

But the pure mystery of Jesus, of Christ, and of the Church somehow shine through in spite of all of this and, ironically, because of all of this. Like a hidden seed, God’s grace works, even through people like us and churches like ours, revealing divinity despite most everything. And the God who wrote the original Christmas with crooked lines also writes the sequence with crooked lines, and some of those lines are our own lives.
Ron Rolheiser, OMI