Will churches reopen in mainland China? 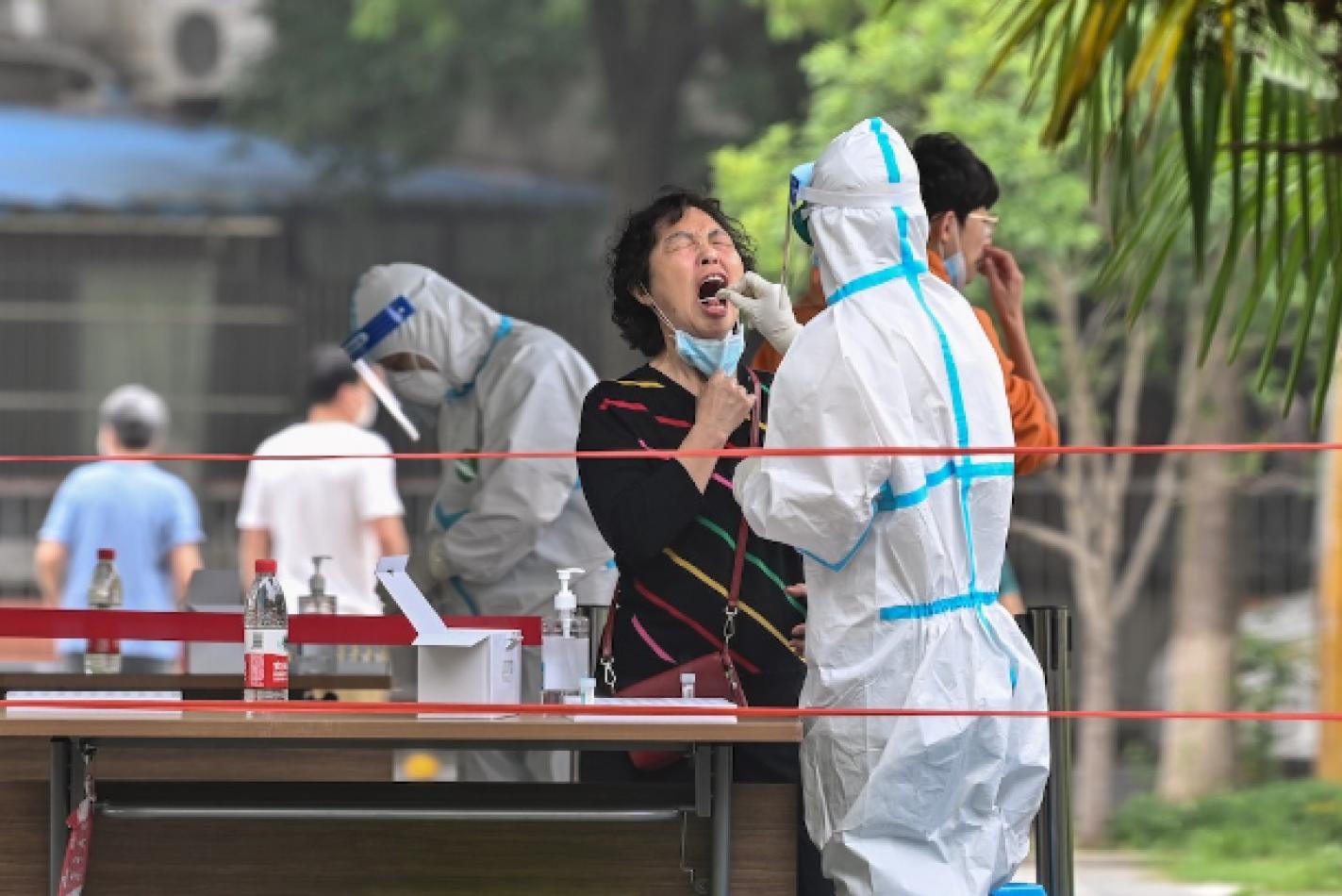 Saturday, May 16, 2020
Many now doubt if China achieved zero positive Covid-19 cases as it claimed in April. In the picture (Retamal/AFP): A medical worker takes a swab sample from a man to be tested for the coronavirus in Wuhan, China, on May 15. Wuhan has recently reported new cases after weeks without fresh infections, prompting a campaign to test all 11 million residents of the city where the infection first emerged late last year.

It is now an accepted reality that no one on earth can predict the end of the Covid-19 pandemic. But Hubei province of China and its capital Wuhan, where the novel coronavirus was first reported last December, lifted its lockdown on April 8 with a claim of containing the virus. But last weekend authorities reported six new Covid-19 cases in a new infection cluster in Wuhan, which had reported no new cases for 35 consecutive days. The new cases prompted authorities to launch a plan to test all 11 million of the city's residents in their determination to fight the virus.

It is logical now to ask a simple question: Was the infection actually contained in Wuhan or were authorities trying to keep it under wraps? As in many other cases in China, no ordinary citizen would ever know the truth. Local reports show the pandemic continues to spread in several parts of the country. In the northeastern provinces of Jilin, Liaoning and Heilongjiang, reports speak of a hike in infections. Jilin has even imposed a lockdown in its city.

China began to lift the lockdown in Hubei on March 25, and on April 8 it opened Wuhan city. But authorities did not open the Huanan Seafood Market, from where the virus is suspected to have spread across the world. China eventually opened national tourist attractions, resulting in people flocking to these places in their thousands. For example, in the first five days of May, the country's tourist attractions received 115 million people, according to Ministry of Culture and Tourism data.

As the positive cases reportedly reduced significantly, the government scheduled the National People's Political Consultative Conference and the National People's Congress on May 21 and 22. These meetings have been postponed for two months. The authorities are also opening schools gradually. But the resurgence of infections in Wuhan has made officials nervous. A healthcare worker once told me that even if the government announces containment of the pandemic and lifts all restrictions, he will not be convinced because he knows that "zero positive cases" is not the truth. Authorities did not even have enough test kits, he said.

The government rushed to lift the lockdowns because of economic reasons. The lockdown resulted in the closure of shops, factories and offices. As of May 11, at least 274 real estate enterprises nationwide had issued bankruptcy announcements, official data shows. The Chinese economy thrived on overseas investment and exports of local products. But with the outbreak of the epidemic, countries across the globe shut their borders one after the other. It resulted in the collapse of China's foreign trade and exports. The manager of an electronic products company said it used to export goods to India. But after India sealed its borders in January, his company is now unable to ship products to China's neighbor.

China declared a flattening coronavirus curve and reduction in numbers and opened up businesses. Many now doubt if China achieved zero positive cases as it claimed in April. Was the claim a trick to lift the lockdown and revive the economy? If indeed the country had zero positive cases of Covid-19 for over a month, why can't they allow religious places to open and function? If they can open markets and all tourist attractions and factories, what blocks them from opening churches? The Diocese of Taipei and the Diocese of Macau were allowed to resume Masses after their governments announced zero infections. What is the government in China waiting for?

The decision to keep churches closed should be seen as part of the crackdown on Christians. Remember, as the government claimed to have contained the virus, officials started removing crosses and destroying church buildings. Government supporters spread another version. They say churches are not allowed to open at this time because authorities are concerned about the health of Christians who crowd inside their churches. But they have no answer for how authorities allowed thousands to gather at tourist attractions. Now that the epidemic is back in Wuhan, it could become an excuse for authorities to keep churches closed. When there is a pandemic like Covid-19, religious places have to be banned. And churches should also be banned when there exists a fear of the infection rebounding. So when can churches reopen in China?
[Elizabeth Lam, Hong Kong – ucanews]