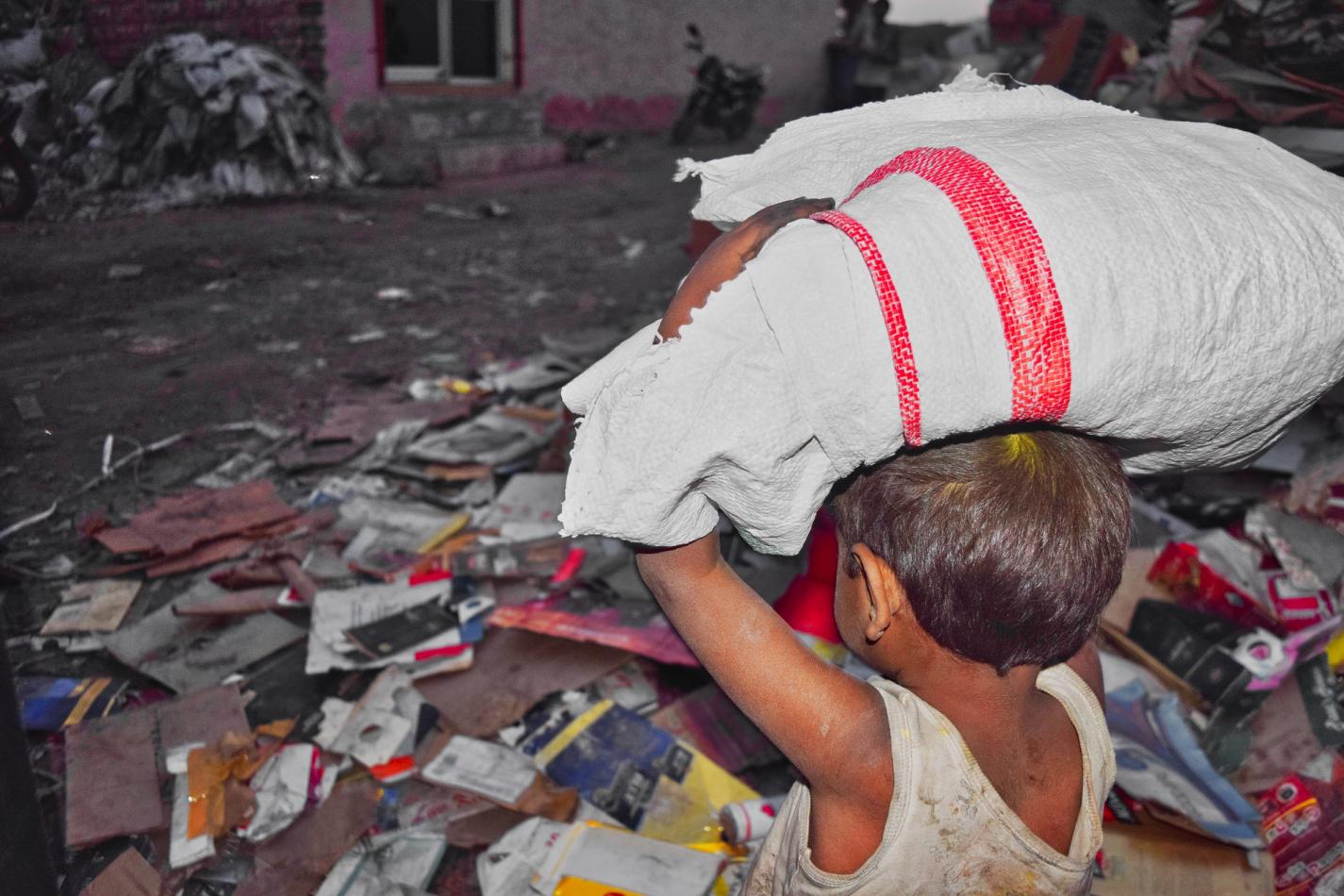 Friday, June 12, 2020
Some 153 million children aged 5-17, or almost one out of 10, are engaged in child labor across the globe, including 73 million in hazardous jobs, according to the United Nations. Today’s World Day Against Child Labor might be a strong reminder that we are failing to play our role in ensuring a better world for millions of poor and downtrodden children.

Children's dreams nipped in the bud

Internationally acclaimed Bangladeshi photographer GMB Akash posted an image on Facebook on June 10 that showed an approximately 10-year-old girl, dressed in school uniform, riding an auto rickshaw with her father at a traffic signal in Dhaka. Standing nearby, a boy of her age was trying to sell popcorn to her. The caption read: “At the age where he should play and study, he is earning to fill his stomach! No one deserves this childhood!”

Thousands expressed their shock at this sad reality, while dozens blamed the boy's parents and failed social and state systems for failing to ensure his proper upbringing. The scene is shocking and heart-rending but it is a familiar picture in poorer and developing nations around the world. Millions of children continue to lose their childhood, potential and dreams every year.

Some 153 million children aged 5-17, or almost one out of 10, are engaged in child labor across the globe, including 73 million in hazardous jobs, according to the United Nations.

South Asia, which accounts for one third of the world’s poor, is home to 17 million child laborers and 50 million children are out of school, the International Labor Organization (ILO) reported. The ILO notes that a significant number of laborers aged 15-17 in South Asia are involved in hazardous jobs — 75 percent in Bangladesh, 72 percent in Sri Lanka, 41 percent in Pakistan, 30 percent in Nepal, 20 percent in India and 6 percent in Bhutan. All these countries have ratified the ILO’s Convention on the Worst Forms of Child Labour 1999, yet little has changed in terms of elimination of child labor in the region.

In Bangladesh, the scene remains almost the same as it was a decade ago. The country adopted the National Child Labor Policy in 2010 and was supposed to implement it through a national action plan from 2012-16. It still remains in limbo. In 2015, it set a minimum age for child domestic workers in the Domestic Workers' Protection and Welfare Policy in order to address issues of underage child workers and the high level of abuse. As of now, it is still a paper tiger.

Aside from the the Women and Children Affairs Ministry, some 263 non-government organizations are affiliated to the national child rights body, Bangladesh Child Rights Forum, and these are supposed to promote the rights of children in the country. A media probe found 90 percent of these groups are not directly involved in child-related issues; rather, they are engaged in issues including women, the environment, rural development and microcredit. How ridiculous!

The Church and Catholic organizations including Caritas run child-focused programs, which prioritize alleviation of poverty and support for education of poor children as a way of reducing child labor and school dropouts. However, their range is limited to specific urban and rural areas, so many children at work and out of school fail to reap the benefits. In 2017, the Church in Bangladesh joined Nobel laureate Indian educationist Kailash Satyarthi’s “100 Million for 100 Million” global campaign to eliminate child labor and exploitation and promote education for disadvantaged children.

Apart from the Church’s regular programs for children, it is unknown if anything has been done since then to realize this pledge made three years ago. Although it is a punishable offense to employ underage workers in hazardous jobs and industries, almost all such sectors including shipbreaking, tanneries, construction, brick kilns, garments and transport employ child workers.

With one quarter of Bangladesh’s more than 160 million people classified as poor, poverty is a major driver of child labor despite primary education being free in government schools. Families that struggle to manage two square meals a day find more sense in sending children to work than to school. They don’t care about the nature of the work as long as it brings money to the family. This loss of childhood and education can be both forced and accidental.

A few years back, a 14-year-old mechanic in Dhaka almost cried when he recalled how he loved going to school but dropped out to support his mother, a domestic worker, after his rickshaw-puller father died in an accident. At Kawran Bazar, the largest wholesale kitchen market, hundreds of young children from nearby slums collect leftover vegetables with their parents to sell and earn extra money for the family.

Child labor also exposes children to various risks and exploitation. Often they are mistreated by employers and face physical and psychological abuses. Criminals and drug peddlers exploit them for crimes such as pickpocketing, mugging and drug trafficking, and they end up becoming criminals and drug addicts.

In recent years, a series of brutal abuse cases and killings of child workers shocked the nation. In 2015, a court sentenced two men to death for killing 13-year-old Rakib in Khulna district. The killers, Rakib’s former employer and his assistant, pumped the youth full of air after he told them he was leaving his job at their garage to work for a competitor. How barbaric!

Today, millions of children continue to be deprived of opportunities for education and an enjoyable childhood, and their potential to prosper and have a better life are cut short in Asia, Africa and other parts of the world. They are exposed to dangers and remain vulnerable to be exploited, abused and killed everywhere from streets to workplaces.

The saddest part is that the world has become accustomed to the plight of these children and we do not consider it a big problem anymore. We no longer see the nipping in the bud of childhood and the dreams of countless children as a tragedy of humanity.

Today’s World Day Against Child Labor might be a strong reminder that we are failing to play our role in ensuring a better world for millions of poor and downtrodden children.
[Rock Ronald Rozario, Dhaka – UCA News]

Rock Ronald Rozario is the bureau chief for UCA News in Dhaka. The views expressed in this article are those of the author and do not necessarily reflect the official editorial position of UCA News. 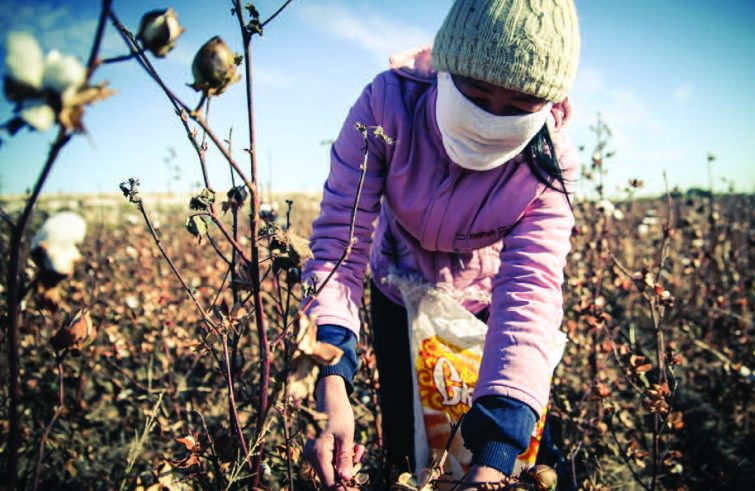 Leggi anche:
More than 340,000 child workers in Italy, 3 out of 4 within family businesses. School closures will have “devastating effects