Latin America at the centre of the coronavirus pandemic 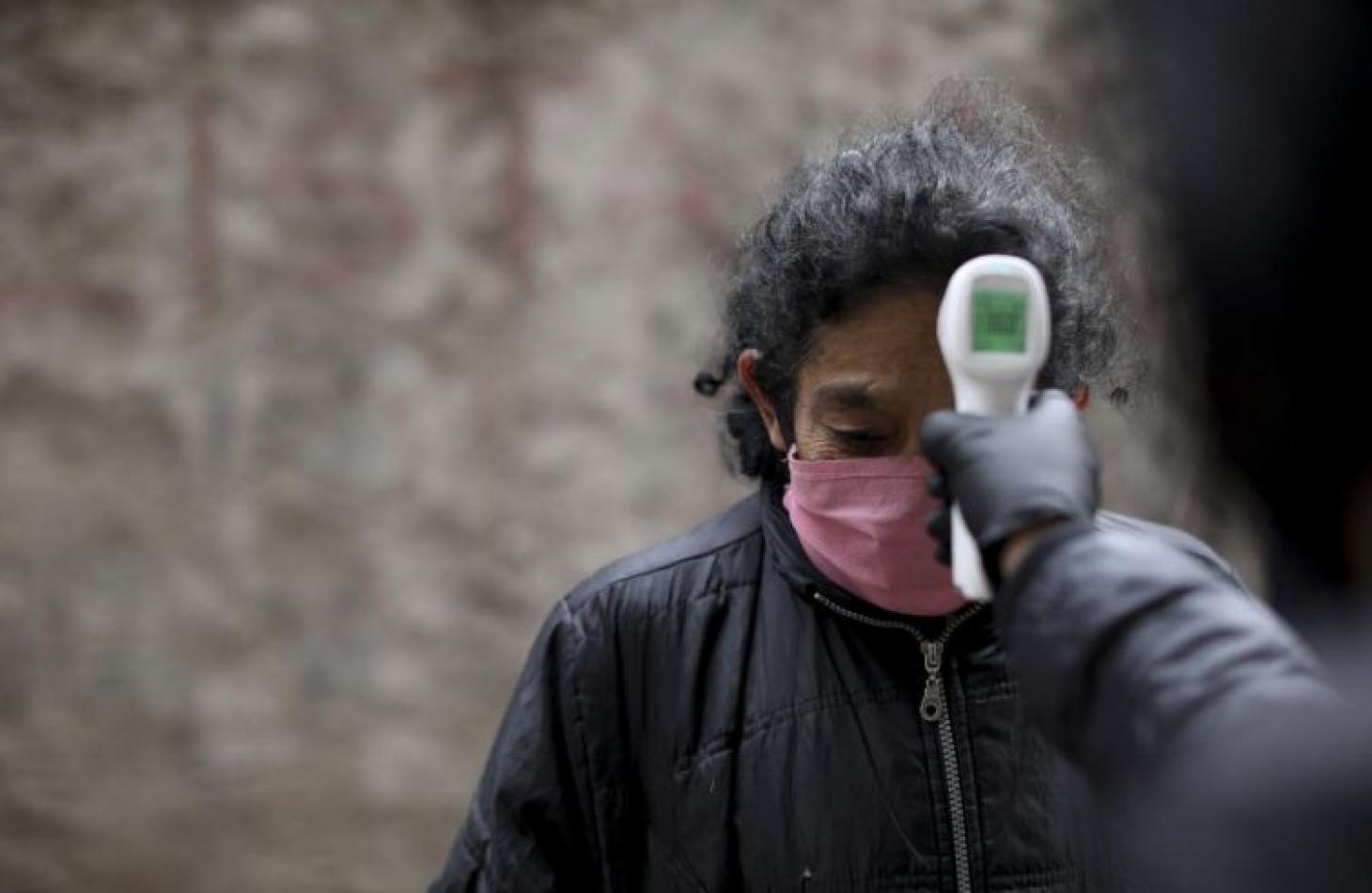 Tuesday, June 16, 2020
"I glimpsed a beautiful path ahead, the Church will not be the same as before. We are surely experiencing a synodal path that we are living as CELAM, with the reconsideration of our structure. At the same time, the Church is called to be simpler, close to the people, fraternal and supportive. We must all feel part of the same universal Church and walk together: bishops, priests, religious, laity...", said Msgr. Miguel Cabrejos, Archbishop of Trujillo, President of CELAM, the Episcopal Conference of Latin America, which brings together the bishops of twenty-two Conferences of Latin America and the Caribbean.

“For Latin America, this is the perfect storm. The entire American continent has entered the peak of the pandemic. It became the epicentre of Covid-19, starting with the United States. But at the same time, people can no longer be forced into lockdown, after months of restrictions, just when it would be more necessary than ever.” Not to mention that the health crisis is driving the fragile economies of countries in the region into an abyss. For about a year Msgr. Miguel Cabrejos, Peruvian, Franciscan Minor, Archbishop of Trujillo, has been the dynamic president of CELAM, the Episcopal Conference of Latin America, which brings together the bishops of twenty-two Conferences of Latin America and the Caribbean. From his privileged observatory, comprising daily meetings with pastors from across the continent, he voiced serious concern over the health situation, the social consequences of current events, political uncertainty and over the way in which some governments are facing the pandemic. Msgr. Cabrejos has willingly accepted to speak with SIR about these issues.

Your Excellency, the whole world has come to realize that Latin America has become the epicentre of the virus. Can you tell us more about the situation?

Prospects are not good for the entire American continent, which I prefer not to separate from the United States. The numbers are known, yet although official figures are very high, they still don’t reflect the gravity of the situation in some countries. For example, in Peru, Chile, the same Brazil, carried out higher numbers of swab tests. Probably the same cannot be said of Argentina, Bolivia, Ecuador, Panama, but it’s clearly hard to have a detailed picture of the situation.

Political management of the crisis, the attitudes of the presidents of Mexico and Brazil are causing concern. They appear not to be fully committed to fighting the spread of the infection, apparently they don’t fully grasp the severity of the situation. That’s  what emerged in my ongoing dialogue with the bishops.

Brazil and Mexico are two large countries, and the news that is emerging is not a good sign. Mexico has a mortality rate of 10% of infected people, probably few swab tests have been done. Peru and Chile, on the contrary, have high numbers of infections and a lower mortality rate.

The health crisis intersects with the economic crisis, what is the way out?

We had been in a very difficult economic situation even before the outbreak of the virus. The International Monetary Fund reported the slowest global growth in Latin America, while the Economic Commission for Latin America and the Caribbean (ECLAC) reported that the past 5 years were the worst in the last 70 years. We are familiar with the political and social crisis of various countries, Venezuela above all, but also the debt situation in Argentina. These are structural crises, hitherto tackled with short term policies. The deteriorating economic situation risks causing social tensions, after those of last autumn. Protests broke out in Ecuador in the last few days.

Besides, the health systems are still fragile, as evidenced by the outbreak of Covid-19…

The vaccine is on everyone’s agenda, when it arrives. How will poor people have access to it? Latin America is inhabited by 400 million people.

The pandemic has shown the limits of our health systems.

In many cases public health services are in devastating, inhuman conditions. Many hospitals were near collapse! A large number of them!

In this difficult situation the charitable work of the Church stands out. Can you tell us about it?

The Church is especially active in health care and charity, with its various pastoral structures… Caritas, social pastoral care, both nationally and in the various dioceses, religious congregations and associations. Many of these have organized themselves to ensure assistance with the provision of food and basic necessities, soup kitchens… This shows that while governments may talk of economic recovery,  employment remains the core issue, without work there is no food.

Among all areas of the Continent, the Pan-Amazon region is of major concern, notably the indigenous population, particularly exposed to the virus. Is it also your concern and that of CELAM?

It is, in fact, a very serious matter. The number of infected people has increased greatly, I had the opportunity to discuss the issue with MauricioLópez, the executive secretary of REPAM, the Pan-Amazonian Ecclesial Network.

The situation is very serious, especially in the region of the Brazilian, Peruvian and Colombian rainforests.

This organism is doing a great job, also in cooperation with CELAM. There some concrete examples: in Iquitos, Peru, the Church has bought oxygen, respirators and ventilators, for Covid-19 patients. I must say that amidst the overwhelming situation we are living, the birth of the Pan-Amazonian Episcopal organism, fruit of the recent Synod, is a reason for hope.

Migrants are a further concern, both in South America, with the displacement of Venezuelan people, and in Central America. Is the Church also addressing this emergency?

On a continental level, the CLAMOR network, connected to the CELAM, brings together organizations involved in assisting and supporting migrants. We are doing the best we can. There are over a million Venezuelans in Peru, and what’s worse is that they no longer have a job. It’s a real tragedy. Many migrants include women and children.

The Pope has made repeated appeals, and in his letter to the popular movements he launched the proposal of a universal basic wage…

We are blessed with his heartfelt closeness. On Sunday 31 May, at the Angelus, referring to the Amazon region, he spoke about the primacy of the human person, that is temple of the Holy Spirit, as opposed to the economy, which is not. As CELAM, we are trying to respond to his proposals with a view to submitting them to national governments. The experience of networking and collaboration here in Peru focuses on five areas in particular: humanitarian aid, reflection, accompaniment, awareness, formation and spirituality, communication, impact and social vigilance.

From the experience now underway, what is the future reality of the Church, specifically in Latin America?

I glimpsed a beautiful path ahead, the Church will not be the same as before. We are surely experiencing a synodal path and that we are living as CELAM, with the reconsideration of our structure. At the same time, the Church is called to be simpler, close to the people, fraternal and supportive.

We must all feel part of the same universal Church and walk together: bishops, priests, religious, laity … This is our objective for the conference scheduled for the second half of next year in Mexico City, to commemorate the Aparecida Conference.
[Bruno Desidera – SIR]