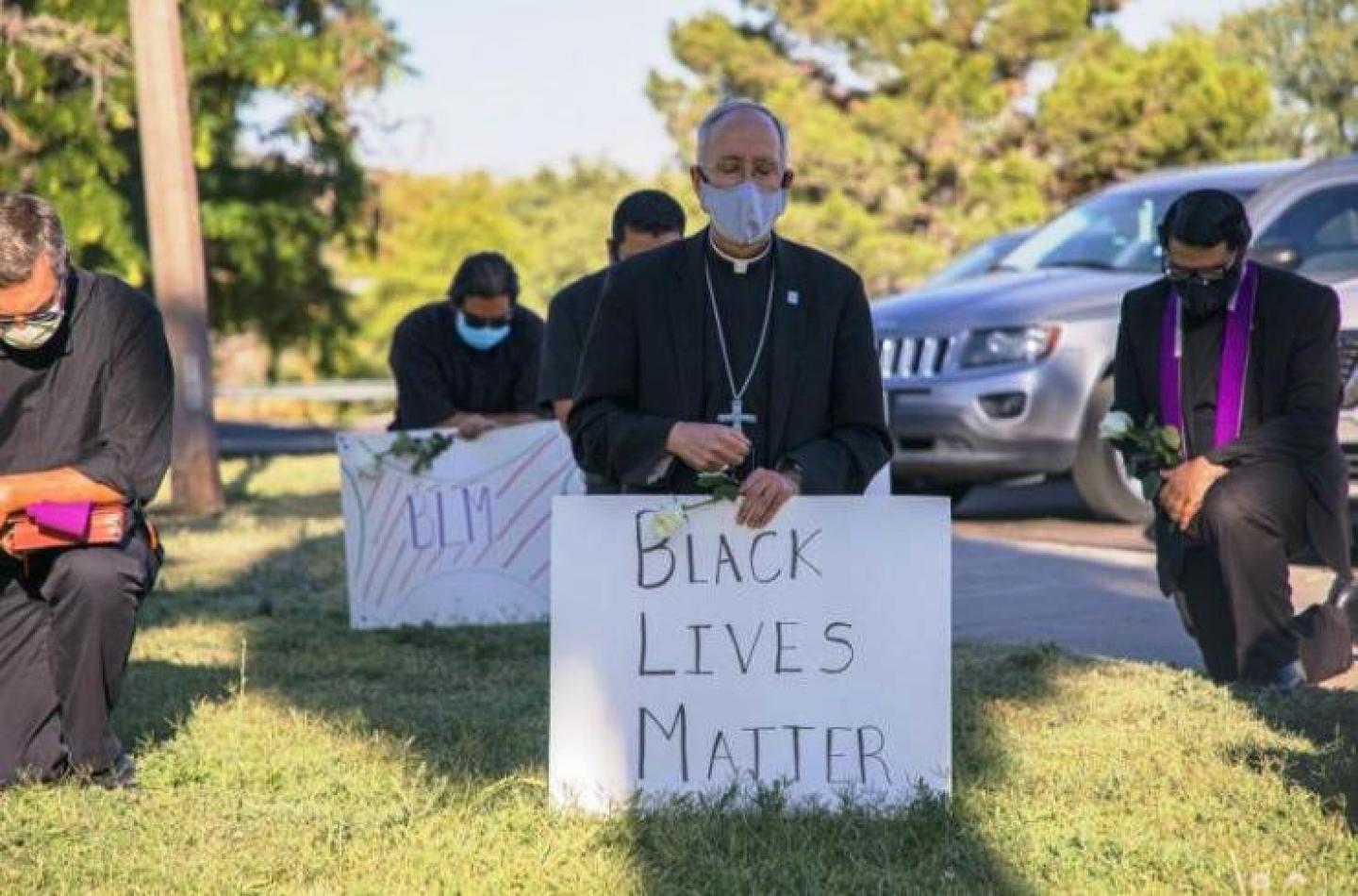 Saturday, July 4, 2020
Black Roman Catholics are hearing their church’s leaders calling for racial justice once again after the killing of George Floyd, but this time they’re demanding not just words but action. (...)

“As a Church, we’re very good with words. The Church has made clear it stands against racism,” said Father Mario Powell, a black priest who heads a Jesuit middle school in Brooklyn. “What’s profoundly different this time is folks aren’t looking for more words — they’re looking for actual change,” he said.

He pointed out that all Catholic schools should teach the history of black Catholics in America. “It’s a history of discrimination and oppression,” said Fr. Powell. “It’s also a very rich history that should be celebrated, of a population that has overcome a lot.”

Archbishop Wilton Gregory of Washington, the only African-American archbishop in the United States, in acknowledging the church’s “sins and failings” on racial justice said that “Prayer and dialogue, alone, are not enough. We must act to bring about true change.”

Bishop Mark Seitz of El Paso, Texas said: “I think leaders in the church today should perhaps say a little less right now. Instead, we should stand with and give the microphone and listen to those who have been unheard for too long. To those who have suffered our shameful history of discrimination and racial profiling and police brutality. To those who are putting their bodies on the line in protest and in defence of others.”

He continued: “Let’s look at the witness of those who are bravely taking up their parts in the drama of salvation unfolding in front of us. If we look past the static, they’re pointing the way to redemptive transformation. They are showing us what the reign of God looks like and what our country can look like when we all have a place at the table. Let’s encourage them. And pray with them. And thank them.”

“I think the Church really wants change, and wants to be an instrument of social justice and racial healing, but the Church for so long has been so busy trying to keep a roof over its head and the lights on that one day we wake up and realize there’s a whole world that has passed us by,” said Vickie Figueroa, the head of Black Catholic Ministry for the Archdiocese of Detroit.

Figueroa and other black Catholic leaders said that the Church in the United States needs to step up to the challenge of bringing about greater racial reconciliation and confronting the toxic legacy of racism against black- and brown-skinned people that still manifests itself in sinful and unjust social conditions and institutions.

Percy Marchand, the associate director of the Knights of Peter Claver, the country’s largest black Catholic lay organization, pointed out that while there are separations between black and white Catholics on Sundays, he sees that more as a result of different worship styles.

“I don’t think it’s a hard line in terms of, ‘I’m black, and I’m not made to feel comfortable in this white church,’” said Marchand, who added that he never experienced discrimination while being brought up in a predominantly white parish. In his black-majority parish today, Marchand said white parishioners are welcomed and are active as lectors, choir members and in other capacities.

“That said, the Church could be more integrated. And that comes with exposure,” said Marchand, who added that representative leadership “makes a difference.”

“If you’re saying that you should love everyone and don’t (mistreat) them based on their race, but then you look at your leadership and out of 400-something bishops there are only a few black ones, and then on your board, there’s only one black person — if even that one — then you’re not living out the example of what you’re preaching,” Marchand said.

According to the conference, there are about 3 million African American Catholics, roughly 4% of the nation’s 69 million Catholics. But there are just 250 black priests, or less than 1% of the total of 36,500, along with eight active black bishops out of more than 250, or about 3.2%.