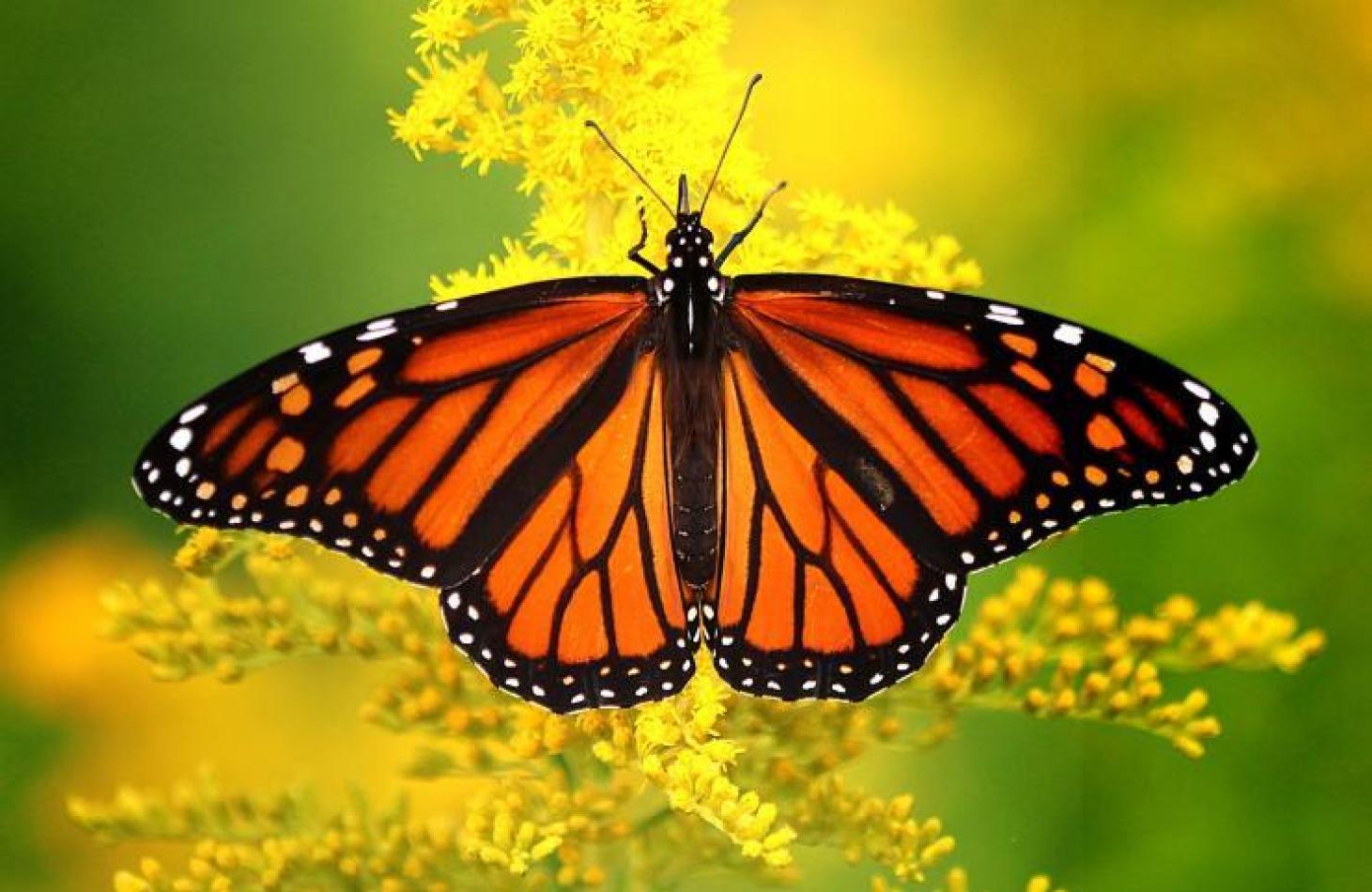 Thursday, September 2, 2021
When we talk about the monarch butterfly, we touch on legend, mythology and the history of the species. The pre-Columbian cultures considered the monarch butterfly sacred. Her image can be found in figures, vessels, ornaments and jewels. Butterflies were also used as tribute and offerings, and bread and sweets were even baked in their form. [
Comboni Missionaries]

The Chichimecs called their mother goddess of sacrifices and wars Itzapapalotl, or the “obsidian butterfly.” In Teotihuacan the great temple Quetzalpapalotl, was built in her honour. The inhabitants of Texcoco, under the reign of Acolmitzi NezahualcOyotl, built the palace of Quetzalpapalotl on the shores of Lake Texcoco, where they did research on the sky, plants and animals.

Among the Aztecs, the butterfly, or papalotl, was a sacred being that symbolized death. It was butterflies who, in their flight, transported the souls of the fallen in battle. The residents of Xochimilco represented their god Xochiquetzal, symbol of fire and the soul, with the body and wings of a butterfly: the representation of love and beauty, it was considered the protectress of plants, painters and artisans. Both the necklaces on the giant statues at Tula and the Aztec calendar depict the butterfly as a representation of fire.

The Mazahuas call them the daughters of the sun and, like the Otomis, Matlazincas and Mexicas, identify them today with the return of the spirits that come back year after year to visit them during the festivities of the Day of the Dead, around the end of October and the beginning of November, the season when the monarch butterfly arrives in Mexico.

The monarch butterfly (Danaus plexippus) is the best known of all the butterflies in Central Mexico. Its orange wins, outlined in black with white specks, dominate the winters in some parts of the dense forests on the border region between the states of Mexico and Michoacan. An exceptional species, the monarch butterfly surprises with its astonishing biological adaptability which allows it to migrate with extreme precision every year.

The monarch butterfly’s origins date back to more than 200 million years ago, when Africa and South America were a single continent. With the separation of the continents and subsequent ice ages, the monarch migrated in search of the milkweed (Asclepia sp), that it needed to feed its larvae. Once established in the northern part of the hemisphere, when the temperatures dropped, the butterflies emigrated south to winter in Mexico in the temperate forests of the Transversal Volcanic Axis in what are now the states of Michoacan and Mexico, where they can enjoy broad biodiversity and a benign climate. This migration is reversed when the temperatures in the south increase.

An interesting aspect of the monarch butterfly’s conservation in winter is its protective colouring. To form its colonies for hibernation, it alights on trunks and branches of conifers and folds its wings to show their undersides and blend into the colours of the tree bark and foliage, thus avoiding its predators. The monarch requires a healthy, undisturbed forest, with trees like fir, pine, evergreen oak and cedar, among other species, to be able to develop its biological functions and guarantee its survival. The low brush of the forest undergrowth is also fundamental for retaining warmth during the night. A humid forest with moss and lichen, a variety of types of plants with nearby sunny areas, without noise or external disturbances make up a propitious habitat for the species.

The forests where the monarchs alight in Mexico have very specific microclimatic characteristics, appropriate for their habitat. Because of their altitude, from 2,700 to 3,400 meters above sea level, these forests do not go through marked changes in temperature, with a mean of 15°C and 50 percent relative humidity. If the relative humidity were higher and the temperature lower, the monarchs would run the risk of freezing to death.

During the summer and part of the autumn, the monarch lives in the forests of southern Canada and the northern United States. In mid – or late autumn, when climatic conditions become severe there, the monarchs begin their migration to the south, taking advantage of prevailing winds from the north. Some experts say that the monarchs take two routes: west of the Rocky Mountains toward California near Pacific Grove and Monterey, and east toward the forests of the states of Mexico and Michoacán. The massive return trip that takes an average of two months goes in exactly the opposite direction when Mexico’s temperate forests begin to heat up in spring.

Regarding the monarch butterflies’ sense of direction on their migratory routes some experts hypothesize that they direct their flight by the sun; another says that they take their lead from the magnetic waves emanating from the Transversal Volcanic Axis.