The Telema Mental Health Centre in Kinshasa, DR Congo: An Oasis of Hope 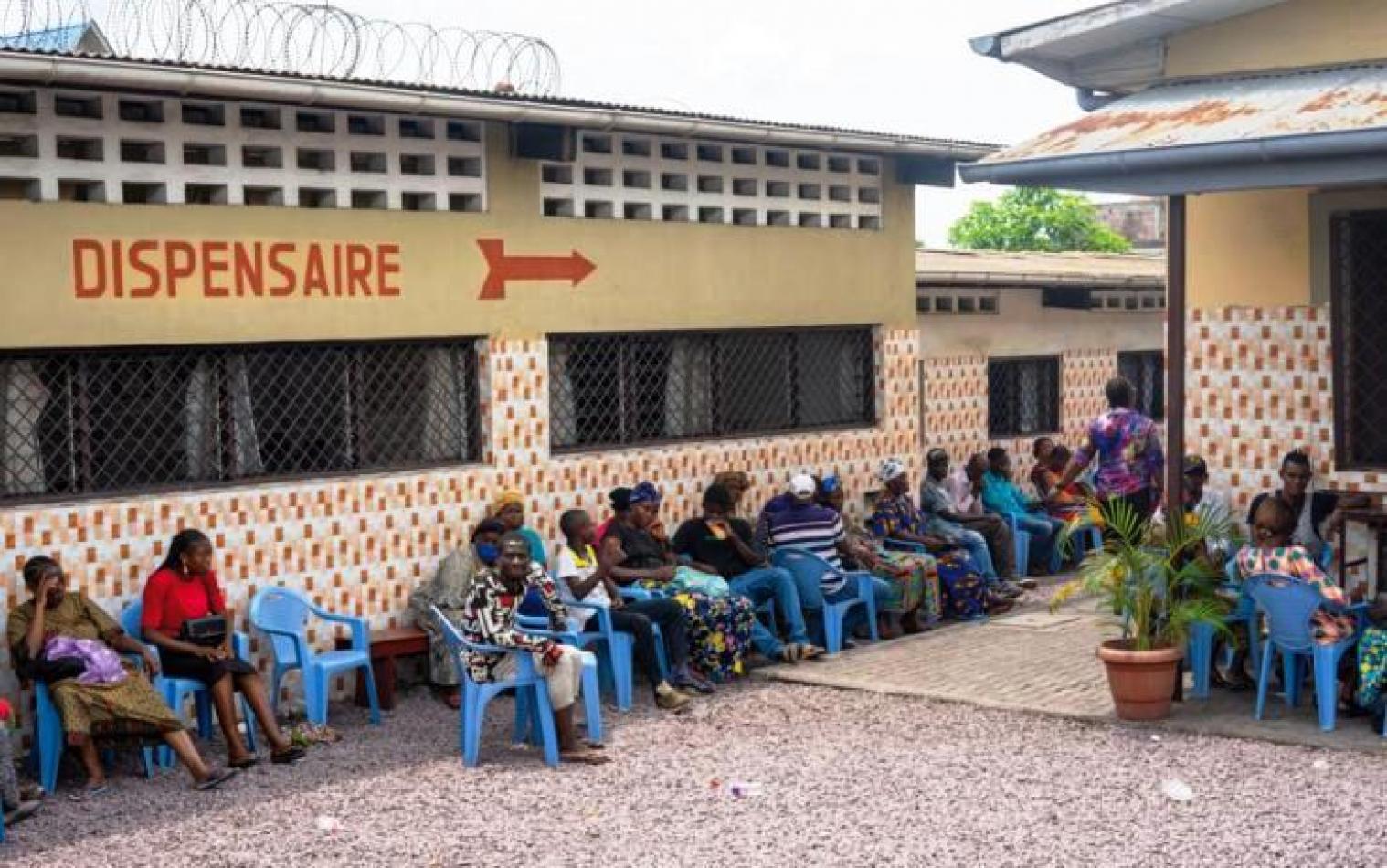 Sunday, May 15, 2022
The Telema Mental Health Centre in Kinshasa is a place where the mentally ill are welcomed and respected. We saw it for ourselves... Many people suffering from mental illnesses live on the streets of Kinshasa. They often have to live off people’s charity and are often exposed to aggression and insults, and they can sometimes disappear without anyone noticing.

In most cases, their relatives, who are often poor, are forced to abandon them due to the impossibility of taking care of them. Not even the state assumes responsibility. Kinshasa is not the exception in Africa. In many other cities on the continent, the problem is repeated. According to the World Health Organization (WHO), more than 10 per cent of Africans suffer from some type of mental illness, but the budget that governments allocate to suppport them is almost non-existent in many countries and neuropsychiatry services in hospitals are very rare.

WHO recommends one psychiatrist for every five thousand inhabitants, but in many sub-Saharan African countries, there is one for every hundred thousand.

Mental illnesses encompass a wide range of neurological and psychotic conditions. The former affects the central and peripheral nervous systems, the most common being dementia, strokes, epilepsy, multiple sclerosis, and migraines. Psychotic disorders, on the other hand, cause a distortion in the perception of reality and are characterized by the appearance of abnormal ideas and feelings, including depression, phobias, compulsive obsessions, schizophrenia, bipolar disorders, etc.

To bring hope to Kinshasa patients affected by these pathologies, the Hospitaller Sisters of the Sacred Heart have founded the Telema Mental Health Centre, which in Lingala means ‘get up’. The first hospital sisters arrived in Kinshasa in 1989 at the request of the local Church, which saw itself helpless and wanted to offer a solution to the sick who wandered the streets. Two years later, in 1991, the Telema Centre was inaugurated in the Matete district of the Congolese capital.

This mental health hospital has already grown. More than 50,000 consultations are performed each year, and about 4,000 new patients were registered last year alone. Sister Christine Laure is from Cameroon; she graduated as a nurse in her country and specialized in psychiatry in Burkina Faso. She arrived in the DRC in 2005 and since 2018 she has been the director of Telema.

According to her, the main problem they face is people’s lack of awareness of mental illness. “When someone shows symptoms of a mental disorder, the family doesn’t think about coming to the hospital in the first place. They think it’s a spell, a matter of witchcraft and they go either to the sorcerer or to a priest to pray to free the sick from the evil spirit, so that when they arrive at the hospital, they have already wasted precious time”.

This finding justifies the awareness programs that the Centre carries out through a bulletin on mental health, radio programs and visits to schools and churches to sensitize students and parishioners. “The goal is to prevent the marginalization of the mentally ill”, says Sister Christine, “so that they understand that mental illnesses are like all the others and that they have their causes and their effective treatments”.

Telema is also a multifunctional mental health centre and organizes training sessions for the health personnel of other medical institutions in the city, through which it provides valuable knowledge in neuropsychiatry.

In Kinshasa, there are private psychiatry clinics – available only to patients with financial means – and also the Centre Neuro Psycho Pathologique (CNPP) of the University of Kinshasa, though it currently has very few activities. This fact makes the Telema Centre practically the only one in town that takes care of the mentally ill. “We came to Kinshasa to be close to the poor”, says Sister Christine, “everyone can access it because a consultation never costs more than 3,000 Congolese francs – less than two euros – and when families do not have the means to pay for medicines, we help them too”.

Medicines for neuropsychiatric diseases are highly controlled and not all suppliers can facilitate their importation. However, thanks to the collaboration of various pharmaceutical companies and numerous internal and external benefactors, the Telema pharmacy meets the needs of its patients. Sister Christine acknowledges that during the pandemic, due to the shortage of medicines, various patients had to suspend their treatment.

One of the priorities of the hospital sisters is not to isolate the sick in hospitals or reception centres, but to sensitize families so that they learn to live with their loved ones and take care of them, despite the fact that the treatments are prolonged and require a lot of patience.

To ensure its functioning, the hospital has around 25 health workers, including the Sisters Hospitallers. “All the staff have specific training in psychiatry. Furthermore, we require a minimum of religious training from our staff because we want those who work here to know our charisma and spirit of work. In the case of the sick, all are received without any distinction”, says the nun.

In a wing of the Centre, there is also a professional workshop where around thirty people are involved in sewing, embroidery, and the creation of objects of all kinds with a dual purpose: therapy and self-financing. Its famous cloth dolls are the flagship product of the workshop.
[Fr. Enrique Bayo – Comboni Missionaries]