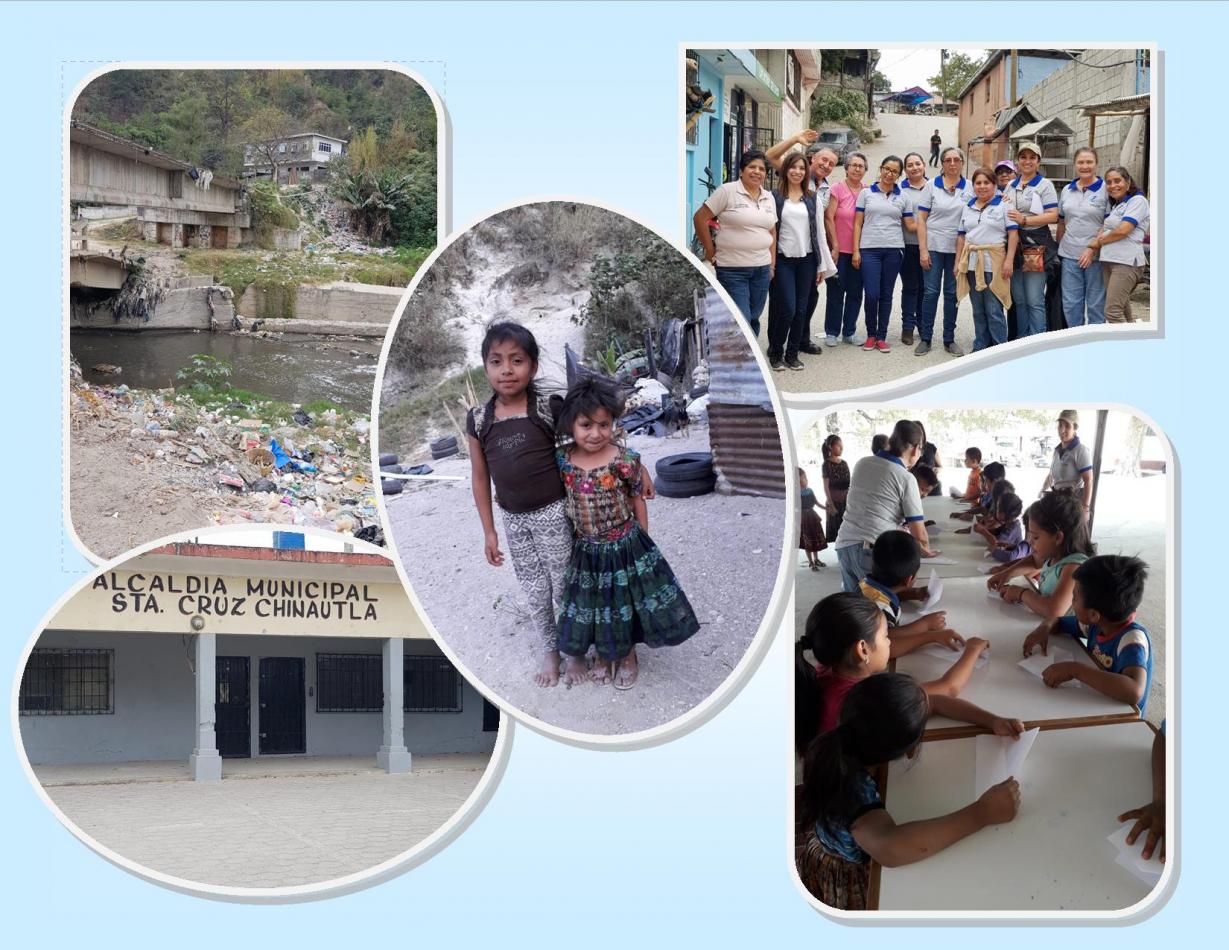 Monday, March 25, 2019
In Guatemala we, the local Comboni Lay Missionaries (CLM), started this year 2019 asking God to enlighten us on where we were going to serve this year. In Santa Caratina Pinula we are continuing with the program of child nutrition of Chispuditos. However, we are temporarily leaving behind the monthly day of mission experience there and we are ready for a new location to bring joy, faith, hope, peace, consolation... in solidarity with the injustice and deficiencies suffered by other Guatemalan brothers.

Now the Lord is bringing us to the municipality of Chinautla, in the Guatemala department.

Its center is Santa Cruz. It is located in the northern part of the department of Guatemala, only about 12 km from the capital. They are famous for their hand-made pottery. The entire population is indigenous and they are ethnic Pocomam.

They have been suffering under a lot of political abuse and corruption, because the mayor’s office has been monopolized by the same mayor since 1985. He has always supported whatever government has been in power, until he was arrested for corruption in 2015. In spite of the arrest, this individual was able to have his own niece elected mayor for the 2016-2020 term and got out of prison a few months after his capture, the gravity of the accusations facing him notwithstanding.

The people are poor and abandoned… the municipality of Chinautla does not allow the garbage trucks to drive over there, because they want to discourage the people so they will leave and then they will be able to exploit the village construction material. So the locals throw the garbage here and there, especially in the river that crosses the village, because they do not know where to put it, or how to take it to the main dump. They live in extreme poverty, have no place to go… nor will they want to, it is their land… all of them are owners.

That is where Jesus has guided our steps, all for his honor and glory. Fr. Roberto Gómez Palma is the pastor of Chinautla, people are mostly Catholics and the evangelical sects have not done much of anything. We have been there a couple of times, on February 23 and March 16, and we already see that the people are friendly and trusting. They send their children to our activities. Both the older and the younger ones come on their own, very independent and sure of themselves.

We ask the Lord to give us all we need to proclaim the Kingdom and share the joy of the Gospel. Also that he give us light to identify the needs where we can cooperate as Comboni Lay Missionaries. We place ourselves in the hands of Providence and trust in the Sacred Hearts of Jesus and Mary, in the style of Comboni.

“Holy and Capable, making common cause with the poorest and most abandoned” (St. Daniel Comboni).