Report: Mapping the Flow of Illicit Small Arms in Africa 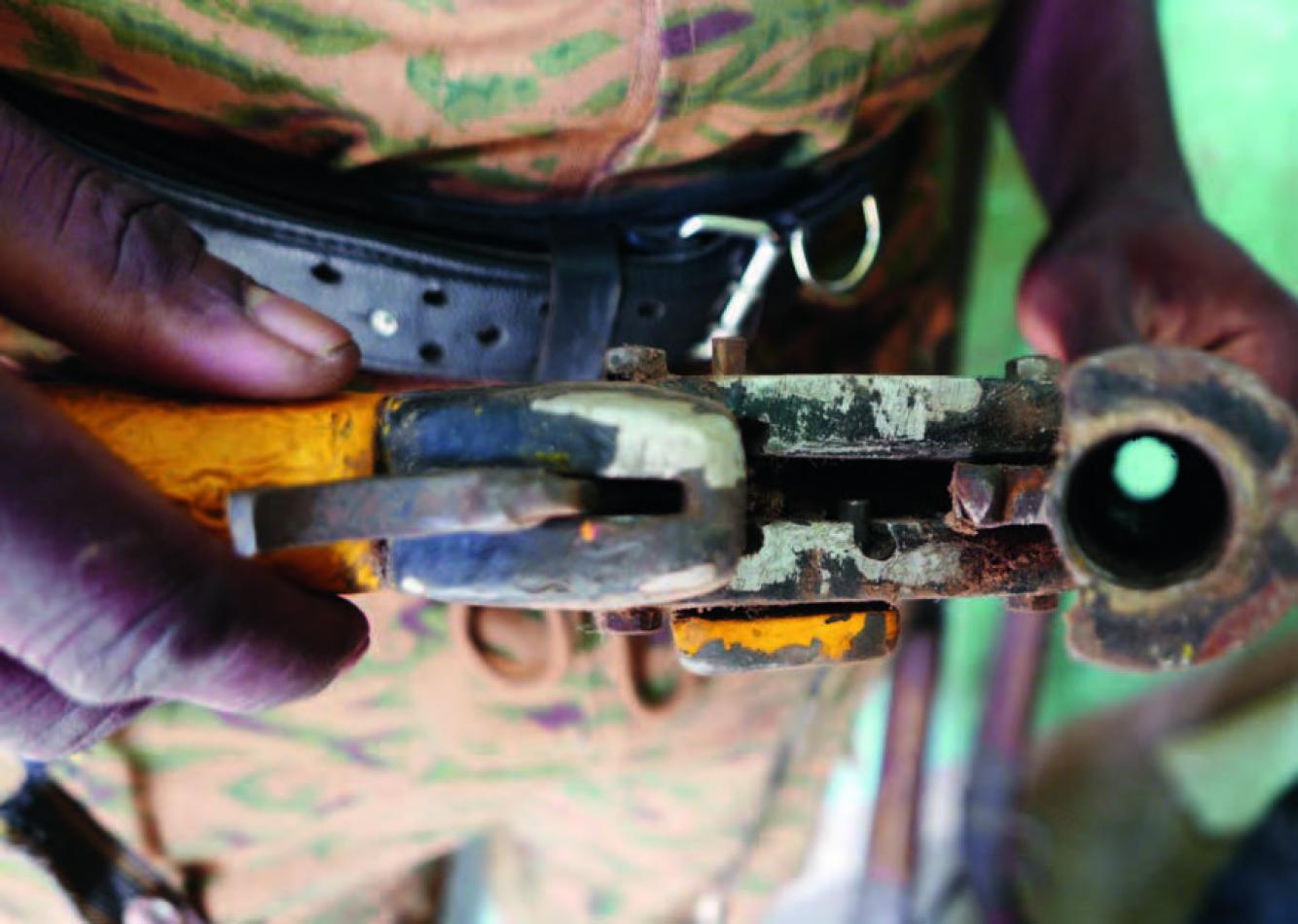 Monday, September 2, 2019
The 28th Ordinary Session of the Assembly of the Union, held in January 2017, adopted the African Union (AU) Master Roadmap of Practical Steps to Silence the Guns in Africa by Year 2020 (AU Roadmap) (AU, 2016). The AU Roadmap encompasses a number of practical steps and modalities for action to address the underlying drivers of conflict, as well as the tools and enablers of violence, including preventing the illicit flows of weapons on the continent and to conflict zones. In an effort to provide AU policy organs and member states with more comprehensive and updated analysis, the AU Commission partnered with the Small Arms Survey in undertaking a regional mapping of illicit arms flows. This report provides a synthesis of relevant information on the subject collected from AU member states, regional economic communities (RECs), regional bodies with a small arms mandate (RBs), and specialized civil society entities. In doing so, the report aims to help identify policy-relevant trends and patterns in illicit small arms proliferation in Africa, as well as remaining policy and knowledge gaps. (See attachment)

Illicit small arms and light weapons constitute a serious threat to safety, security, and stability in Africa. Equally, small arms and light weapons have long been considered the primary tools and enablers of violence throughout the history of conflict in the continent. In conflict situations, small arms are often used to commit a wide range of human rights and humanitarian law violations, including mass killings, forced displacements, gender-based violence, and attacks on peacekeepers and humanitarian workers. Outside the immediate context of armed conflict, illicit small arms aggravate both inter-communal conflict and competition over natural resources, and facilitate a broad spectrum of criminal activities.

Therefore, controlling the illicit proliferation, circulation, and trafficking of small arms and light weapons is at the heart of the African Union’s efforts to prevent conflicts, mitigate their adverse impact, and consolidate peace. Over the past decades important policy and legal instruments have been adopted at the continental level in response to this problem, with significant progress being made in their implementation. However, serious gaps persist in Africa’s efforts to eliminate illicit small arms.

The adoption of the African Union (AU) Master Roadmap of Practical Steps to Silence the Guns in Africa by 2020 offers a window of opportunity for renewed and serious efforts to deal with the problem of illicit small arms. As an essential component of the AU’s attempts to realize this bold commitment, controlling illicit small arms should form a central part of Africa’s efforts to prevent, manage, and resolve conflicts. This requires, among other measures, paying closer attention to arms flows into conflict affected and fragile zones, and holding accountable the individuals and entities responsible for illicitly supplying non-state armed groups with weapons. Greater efforts should also be geared towards addressing the legal, political, social, and economic factors that contribute to the high rate of civilian possession of firearms.

I am therefore pleased to present the first-ever continental study mapping illicit small arms flows in Africa. The AU Commission spearheaded the study, which was undertaken with the objectives of, firstly, providing Member States, AU Policy Organs, and regional inter-governmental organizations with an updated assessment of the extent and nature of illicit small arms proliferation across the continent, and, secondly, of better informing small-arms-related policy development and targeted response measures. With the launch of this study, the AU Commission further aims to promote transparency and a stronger commitment among its Member States to utilize evidence-based approaches to controlling the illicit proliferation, circulation, and trafficking of small arms, both of which remain essential principles underlying effective action and the achievement of measurable outcomes for efforts to deal with this scourge.

I wish to take this opportunity to express our gratitude to the Small Arms Survey for collaborating with the Commission in undertaking this study and for sharing valuable data that it has gathered over years of research in the area of small arms. I also wish to thank the AU Member States that have responded to the questionnaire that informed this study, as well as the regional economic communities, United Nations agencies, international organizations, and research institutions that contributed to it in a variety of valuable ways.
Ambassador Smaïl Chergui
Commissioner for Peace and Security
African Union Commission