Guatemala: Chispuditos Program in the Village of la Salvadora 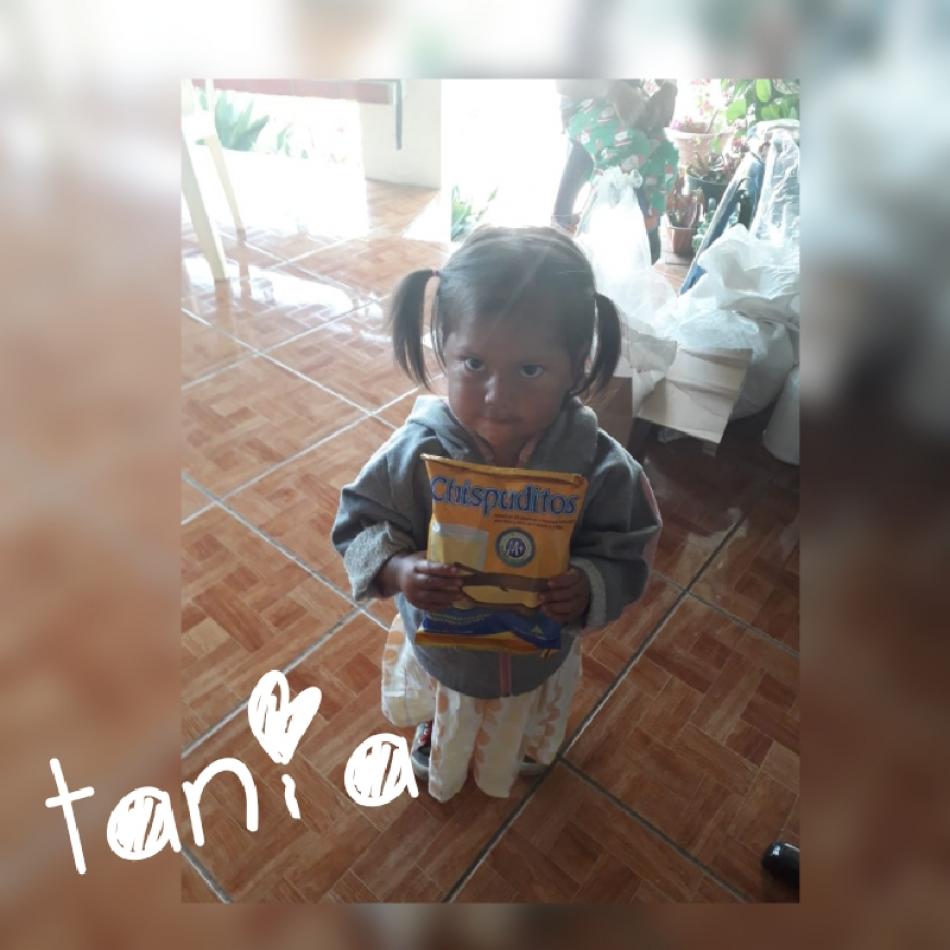 Saturday, March 9, 2019
Chispuditos is the name of the food given only to children taking part in the program, between the ages of six months to six years. The purpose of this product is to provide vitamins and minerals necessary for the integral development of the children, helping to strengthen their immunological system, and to avoid anemia and malnutrition. In Guatemala the program is working in various places, it is free, and it is sponsored by foreign benefactors. 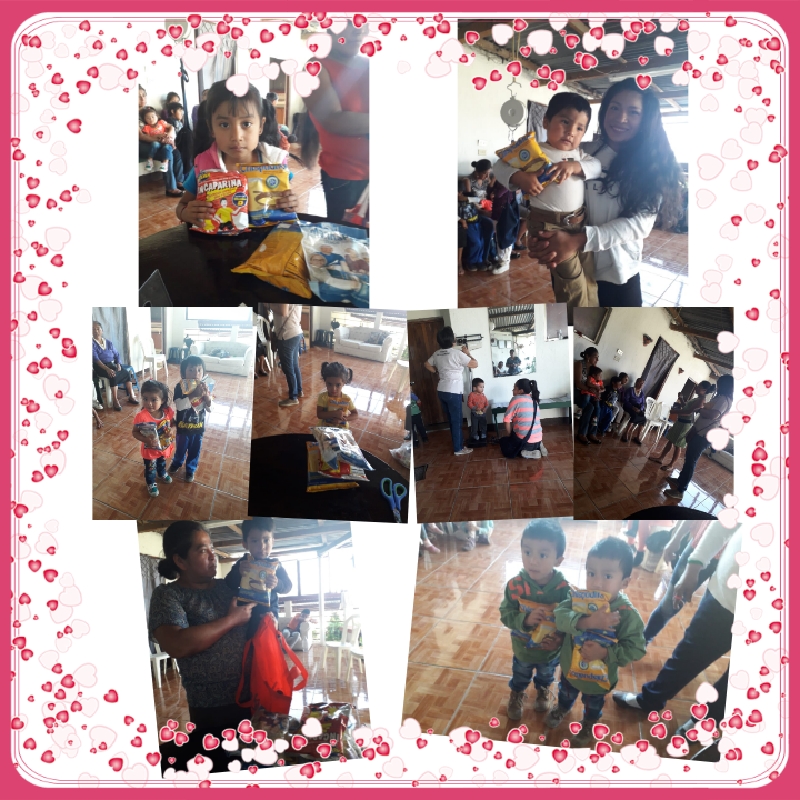 How is it that we, the Comboni Lay Missionaries of the Province of Central America know about Chispuditos?

This is the story as told by Ana Cris de Camey, who is currently a missionary in Brazil: “The month of February, 2017 was the first time we reached the village of la Salvadora (Santa Catarina Pínula) and, as part of our missionary activity, we started home visitations with the idea of getting to know the families and their needs. That is where we met María Mercedes and Walter. She was 24 and he was 37. They had seven children, the last two being twins, a boy and a girl, Fabián and Tania, who were severely undernourished, pale, without hair, with spots on their heads and with a severe rash. The worst part is that they could not sit up even though they were already one and a half year old.

María Mercedes said that she was taking them to the national hospital Roosevelt once a month, where they were being treated for chronic malnutrition, were giving them some milk products, but it was not enough for them. For certain it was a precarious and difficult situation for the mother, who had problems finding food for the children since her husband did not have a job and was not even looking for one. On top of that she was the victim of physical and verbal abuse.

On that same day in the afternoon, we talked with the community to find a way to help them because their situation was beyond deplorable. Miriam, also a CLM, commented about the Chispuditos program held at the clinic St. Daniel Comboni, run by Sr. Sarah Mulligan, SC.

Miriam spoke with Sr. Sarah and they allowed us to take up this nutrition program. Then several of us went to learn about the program to implement it at la Salvadora.

At first they lent us the scale to weigh the children and the ruler to measure their stature. After that and with the help of the parish of Santa Catarina Pínula, we were able to buy the equipment for our children.

On July, 8, 2017, for the first time we brought in the Chispuditos. On that same day we weighed 40 children, several of them healthy, while in others with malnutrition visible through their frail state and others too fat. By then we had already learned that this, too, was a sign of malnutrition.

We kept up the visits on the first Saturday of each month to measure and weigh the children, give them the Chispuditos, and giving encouragement to the mothers, besides teaching them some recipes to include protein and other ingredients that children need in order to grow.

Three months into the program, on October 2017, Fabián died. It was very tough because in all possible ways we were fighting to help these children escape malnutrition. They say that he gave a deep sigh and died. This was certainly due to the general weakness of his body and the heart gave up beating. We stayed close to María Mercedes and her family. She went to live with her mother and on various occasions we brought her the Chispuditos so that Tania would not stop taking it. Between the Chispuditos, the increased attention, the support of her grandmother and uncles, after two months we could already see the difference. She was a different girl, had a good color! She was a dark girl, with black hair, a great smile and a lot of energy! She was sitting up and was beginning to take her first steps. On that day I cried to see the mercy of God through this little girl. Unfortunately, her brother had to die, but it was not in vain. Today it gives us great joy to see the attention given to Tania, to be a different girl, that she may walk and grow.

As CLM we make every possible effort to help these women to grow spiritually and to better feed their families, and also that the children may escape malnutrition and have a better life. It involves years of work, but we know that already today we are beginning to see some fruit.”

Currently the program still works in the village la Salvadora, after one year and eight months, even though, having started with 40 children, we only have 12 still in it. Last Saturday, March 2, 2019, 11 new ones arrived. We rejoiced in our hearts, thanking God for all this. We have earned the trust of our community, and we hope these children will persevere and that the number of children benefiting from the Chispuditos will increase.

“Holy and capable, making common cause with the poorest and most abandoned” (St. Daniel Comboni).
Lily Portillo
Comboni Lay Missionaries of the Province of Central America, Guatemala