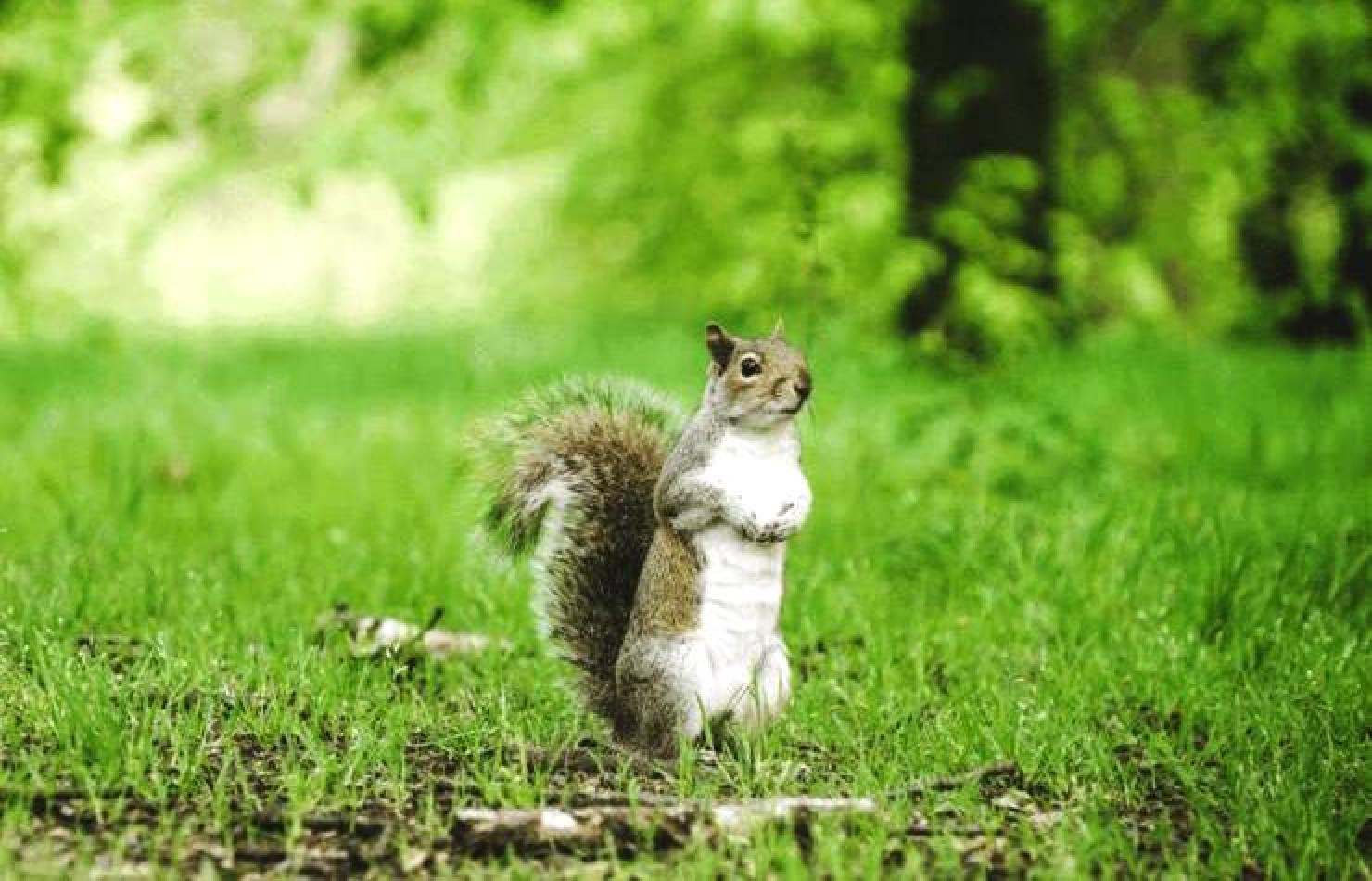 Saturday, June 1, 2019
One very hot day, a small green grass-snake had made a good meal and looked about for a comfortable place to rest. He found some long, soft grass underneath a tree and curling himself up, he went fast asleep.

Now there was a squirrel up in the tree, and presently he noticed the sun shining on the snake’s glittering skin, making – Tittle flashes and sparkles as the light filtered through the leaves. The squirrel began chattering and muttering as squirrels always do when they see something bright or unusual, and so he attracted the attention of a hunter who was walking along the bush path nearby.

“Hello! – Said the hunter to himself -. I wonder what that squirrel is making such a noise about.”

Cautiously the hunter walked to the foot of the tree, and there he saw the snake curled up with the sunlight shining on his skin.

“So that’s all it is! – He exclaimed in disappointed tones – .  A mere grass-snake which is neither harmful nor yet good to eat”, and leaving it alone he went on his way.

After a short time another man came along the path and he too heard the squirrel’s chattering.

“ I’ll just have a look to see what that squirrel is talking about,” he said to himself, and holding his spear at the ready he softly approached the foot of the tree.

As soon as he saw the grass-snake he exclaimed in disgust: “My wife wouldn’t thank me if I brought that home for her supper, neither will I waste my energy on it, since it is harmless.”

Then he turned back to the path and continued his journey. Now all this time, a spitting-cobra had been hiding nearby in the long grass. He had had a very worrying morning being chased on three separate occasions by hunters who not only feared the spitting cobra’s poisonous venom but also liked the taste of his flesh in their stew-pot. He had managed to escape them for the time being, but had a feeling that it would not be long before another of these humans spied him and tried to kill him.

When he saw how two hunters had looked at the grass-snake and made no attempt to kill him, he decided that it must be a magic place where all snakes would be left unmolested. So he uncurled himself, and lifting his head high, he hissed and spat at the little grass-snake, who soon awoke and fled terrified into the bush.

“Psss!” said the spitting-cobra to himself, as he curled up on the very spot which the grass-make had recently left so hurriedly: “Now I can have a good sleep, for no one will touch me here.”

The squirrel saw what was happening and continued his chattering even louder than before, but the cobra did not let the noise keep him awake—he was so used to it.

Presently a third man came along the path, disappointed after a day’s fruitless hunting.

“What do I hear? – The man asked himself -. Squirrels don’t make that noise unless they have seen something interesting. Perhaps I shall find some supper if I follow his call.”

With silent steps and club poised, the man made his way to the foot of the tree in the branches of which the squirrel still chattered noisily. With a gasp he saw the big spitting-cobra asleep and helpless in the grass, and raising his club aloft he killed it with one mighty blow. Picking it up and stuffing it into his leather hunting-bag, he laughed for joy at the thought of the delicious supper it would make.

“Thank you, little squirrel -, he called -. I should not have known this snake were here, unless you had told me,” and he hurried home to his wife.

But the squirrel who had seen and heard everything, chattered and laughed even louder, and said to himself: “ Now I realise that what is safe for one creature is not always safe for another. I must take care never to fall into a trap like that.”
Then he leapt away to the branches of a nearby tree, and scampered off to search for his supper.
(Folktale from Congo – Comboni Missionaries)