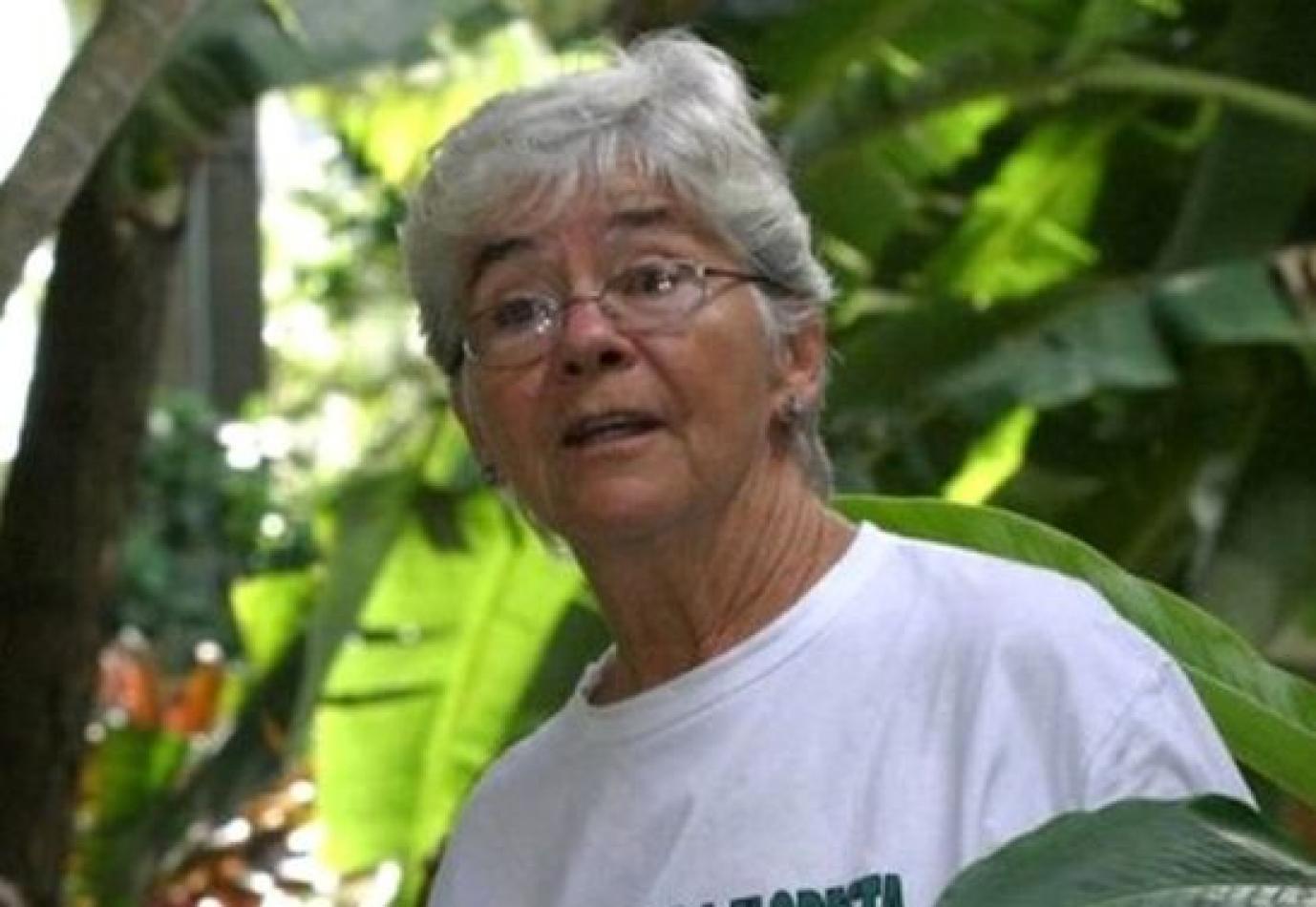 Tuesday, September 17, 2019
On 12 February 2005, the whole of Brazil was stunned by the news that Sr Dorothy Stang had been assassinated. That morning, the gunmen contracted to kill her found her alone on a track in the middle of the Amazonian forest.

When the armed youths blocked her way, and having already received death threats, she saw the immediate danger and tried to engage them in conversation. She almost dissuaded them from killing her and even managed to read some verses from the Gospels to them, telling them that her weapon was that holy book. But the hit money offered counted for more, and six shots fired at point-blank range left her lying on the ground in the emptiness of the forest. Then a tropical rainstorm came on, and her blood bathed the ground she had loved and defended.

And so it was that, distraught and weeping, the families she had come to see found her later. Her lifeless body remained on the ground till evening, waiting for representatives of the law, while around her the people of the region and her Sisters in the Congregation held hands, wept, and prayed. This was the day that Amazonia lost a friend and gained an angel, in the words of Felicio Pontes, Jr, a young Procurator of the Republic and colleague of Sr Dorothy in struggles on behalf of the peoples of the forest.

Why did they kill Sr Dorothy? Could she have been seen as a threat? A clear explanation was given by Procurator Felicio Pontes.  Sr Dorothy was killed in the clash between the ordinary life of Amazonian people and the economics of agribusiness. There is a violent struggle in the State of Para, which together with that of Amazonas, contains the greatest area of Amazonian forest (which extends over half of Brazil, embracing eight states as well as five other Latin American countries).

On one side is the traditional way of life of the forest peoples, who live integrated into it, on the banks of its innumerable rivers, on their creeks and pools: they derive their extractive economy from the forest and plant their crops and build their villages in its clearings. These are not just the indigenous peoples who keep their languages and cultures but, in far greater numbers, people of mixed race, simply Amazonian people. They have no titles to the lands of their ancestors; they are children of the land.

On the other side is the agribusiness project, concerned with exporting timber, minerals, meat, and soya. Its people are landowners with the power to fell the forest and install their huge tracts of monoculture and stock-raising. Exporting, in the current globalised economy, is clearly the means of earning most money, of amassing the greatest wealth. And agribusiness provides Brazil’s greatest source of exports. But this is taking place at the expense of the environment and of the people who live in the vastness of the country’s interior.

There is a permanent struggle permeating the population. On one hand, in areas where the State has not yet managed to establish a presence, with no police security and a high level of institutional corruption, people are threatened and forced out of their homes. Violent farmers grab land with no justification and extend their properties by force, with the result that the same piece of land can have three or more titles of ownership.

On the other hand, these same landowners entice workers from various regions of Brazil, mainly from the interior of the poor, dry north-east. So there is also an increase in (hidden) slave labour. It is in this complicated, violent scenario that Sr Dorothy’s death, and before that her missionary life and brilliant initiative, are to be understood.

She came from the north-east of Brazil, where she had worked with her Sisters of the Congregation of Notre Dame de Namur among the poor country people. She was something like Mother Teresa of Calcutta to the Brazilian people. She became a naturalised Brazilian in order to be more radically dedicated to the people. Seeing, however, that the people of her north-eastern area of Maranhao were migrating to the Amazonian region of Para she agreed with the Sisters of the Congregation that they had to uproot themselves and go with the migrants.

So, after travelling through different parts of Para experiencing persecutions along with the people, they settled in Anapu, in the ‘middle ground’, on public land – so belonging to the State – some four hundred miles from Belem. They came to a land of forest and conflicts, at the invitation of the bishop of the diocese of Altamira, Erwin Krautler. He, together with three other bishops, is among the more than two hundred people explicitly under threat of death.

With the bishop’s support and in collaboration with the National Institute for Settlement and Agrarian Reform, Sr Dorothy succeeded in having the public lands of the region made over to the PDS, her project for sustainable development. The project aims basically to cultivate 20 per cent of the land and to preserve 50 per cent as forest, increasing the native species of trees that produce fruits and other harvests. Implementation of such projects gained the support of civic bodies, organs of state and national government, universities, social movements and pastoral plans. And they began to produce fruit and hope.

But then the confrontations began: farmers who take possession of land using violence, falsifying documents and forcing the inhabitants off, advanced into the same areas. They met with organised and articulate resistance from the people, with juridical battles in the state capital. And they decided to eliminate Sr Dorothy: they got together to pay a considerable sum to a middleman who, in his turn, contracted the young gunmen and sold Sr Dorothy’s life for fifty reals (some twenty US dollars).

At her funeral celebration, in Anapu, one of the Sisters from her Congregation said: “We are not going to bury; we are going to plant Sr Dorothy’. In fact her name means ‘gift of God’, and she is a gift to the Amazonian forest and peoples. Her seed has not ceased producing fruit: her struggle for integration between forest and people has spread through the whole of Brazil.