People take to the streets, protests worldwide. Is another form of globalization taking shape? 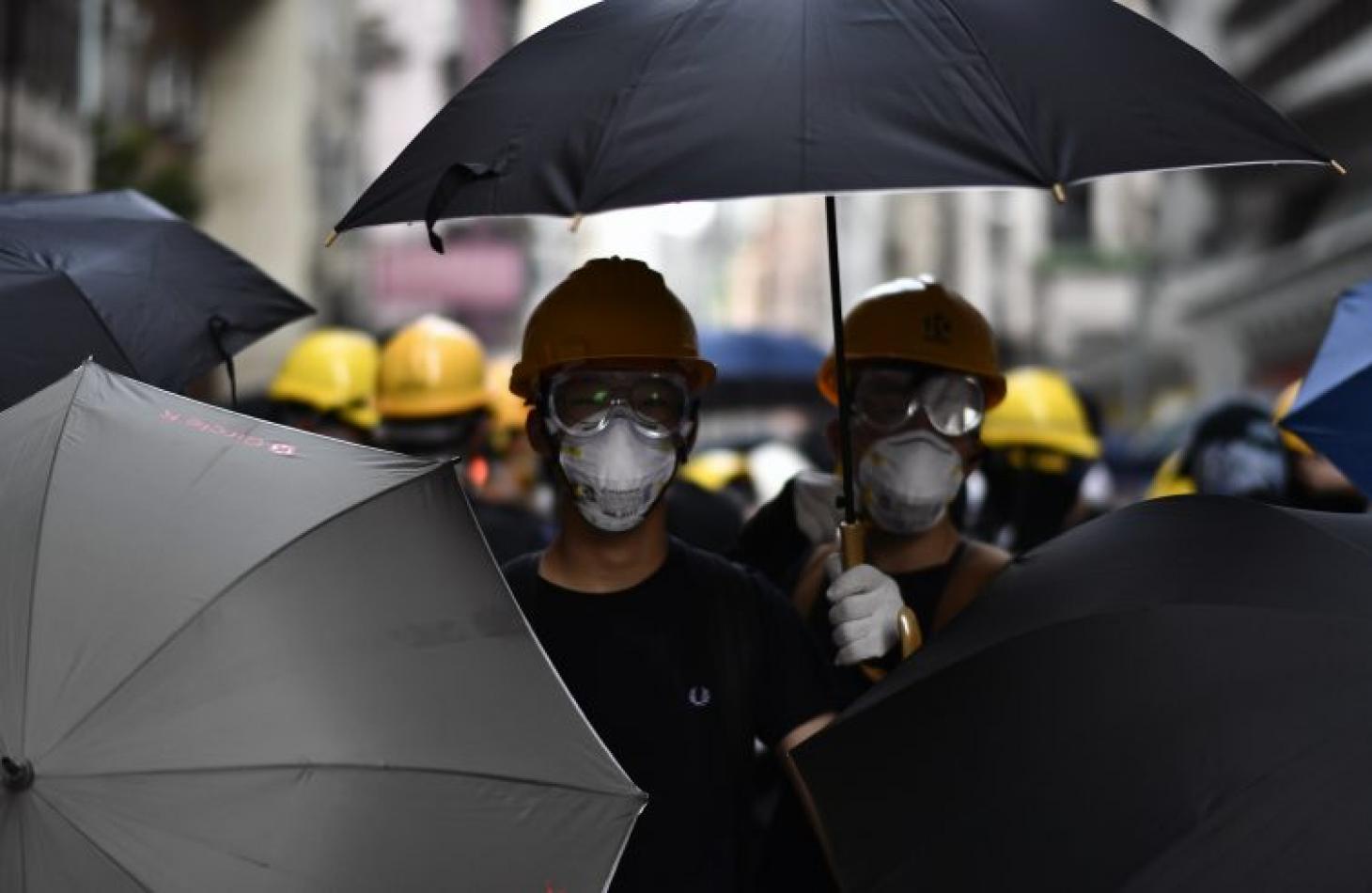 Monday, November 4, 2019
From Chile to Hong Kong, from Paris to London: popular protests, with widely differing causes, feature in international news. There are at least four similarities: the role of social networks, social discontent, mistrust in the ruling classes, and the self-sustaining nature of the protests. Representative democracy is bypassed, and yet peoples are demanding more democracy... What's around the corner.
(Foto: AFP/SIR)

The “gilets jaunes” in France; followed by Algeria, Chile, Hong Kong, Lebanon, Bolivia, Catalonia, Romania, United Kingdom… People take to the streets around the world  against governments, against political powers, with protests worldwide. The global world is not just the world of trade, finance or tourism. Contestation goes global.

Our globalized era is also one of massive demonstrations that, thanks to news media and social networks, ricochets across the world.

There is obviously no connection between these movements, there is no single direction, the reasons behind the protests are diverse. There is no “boss” in charge of everything. Each has its own local circumstances and historical event, until a spark ignites the fire. The various triggers include requests for a more solid and transparent democracy, the rise of the price of fuel or of public transport, electoral fraud, corruption and Brexit. Sometimes the issues are considered of secondary importance: for example a 6-cent gasoline tax increase in France, while other times more issues are more “serious” – as the defence of public liberties in Hong Kong or the request for proper elections in Algeria and other African States.
We may reflect on whether these mass movements are only coincidental, whether they break out according to the laws of coincidence, or whether they share similarities that bring them closer together. In reality, there are at least four common points.

The first, and probably the most evident, is the role of social networks, that is, the Internet as a weapon of mass mobilization. Protesters don’t need a universally recognised leader or a structured organisation. It is enough to start an anonymous protest, an appeal to take to the streets and propose a well known rally point for a gathering of protesters in the capital city. The flames then start to spread outside the main city, extending throughout the country, sometimes into smaller villages or provincial towns.

The second common element is the expression of social concerns, the fear that globalisation and new technologies will create a two-speed society, that the poorest, vulnerable people such as the elderly, the disabled or simply suburban residents, will be left on the streets, as well as the middle classes, for the first time. Inequalities seem to be increasing in the face of a global liberalism without face or soul.

The third common feature is mistrust in the ruling class, in political powers, ultimately in all those in position of power: business executives, politicians (whether mayors, ministers or parliamentarians), journalists, intellectuals, trade unionists. The revolts are directed against all elite groups. The protests are against the so-called “system”, a word that identifies an enemy, with no precise definition. It involves expelling leaders, with no distinction, without knowing who could replace them and without preparing a new, competent ruling class.

The fourth aspect is related to the fact that the protests are successive to other protests even when the government has met all demands, even when it tries to rectify the situation. Governments can abort contested projects, to the point of resigning, but sometimes the protests continue for weeks, every day, in the form of a never-ending, perpetual movement, even when the initial reasons for discontent have ceased to exist. In a number of cases, demonstrators make no concrete proposals or alternative requests. And even when new elections are called for, potential candidates are swiftly marginalized. The simultaneous protests in many countries reflect an increasingly fractured and complex world. After the fall of the communist regimes in Europe, representative democracy had appeared to ensure a democratic future throughout the world, with a balanced market. But history, as the philosopher Jacques Maritain stated, is always ambivalent and surprising. Liberalism has become financial and global, democracy is increasingly populist, nationalism is spreading, the ruling classes are being contested also as a result of social networks and the spread of fake news. Paradoxically, however, protesters worldwide are calling for greater democracy, respect and dignity, increased social justice, and honesty in the management of public affairs. Ultimately, if this global world is threatened by rifts, there remains the hope that it may become a better world.
[Jean-Dominique Durand – SIR]