First Sunday of Advent – Year A 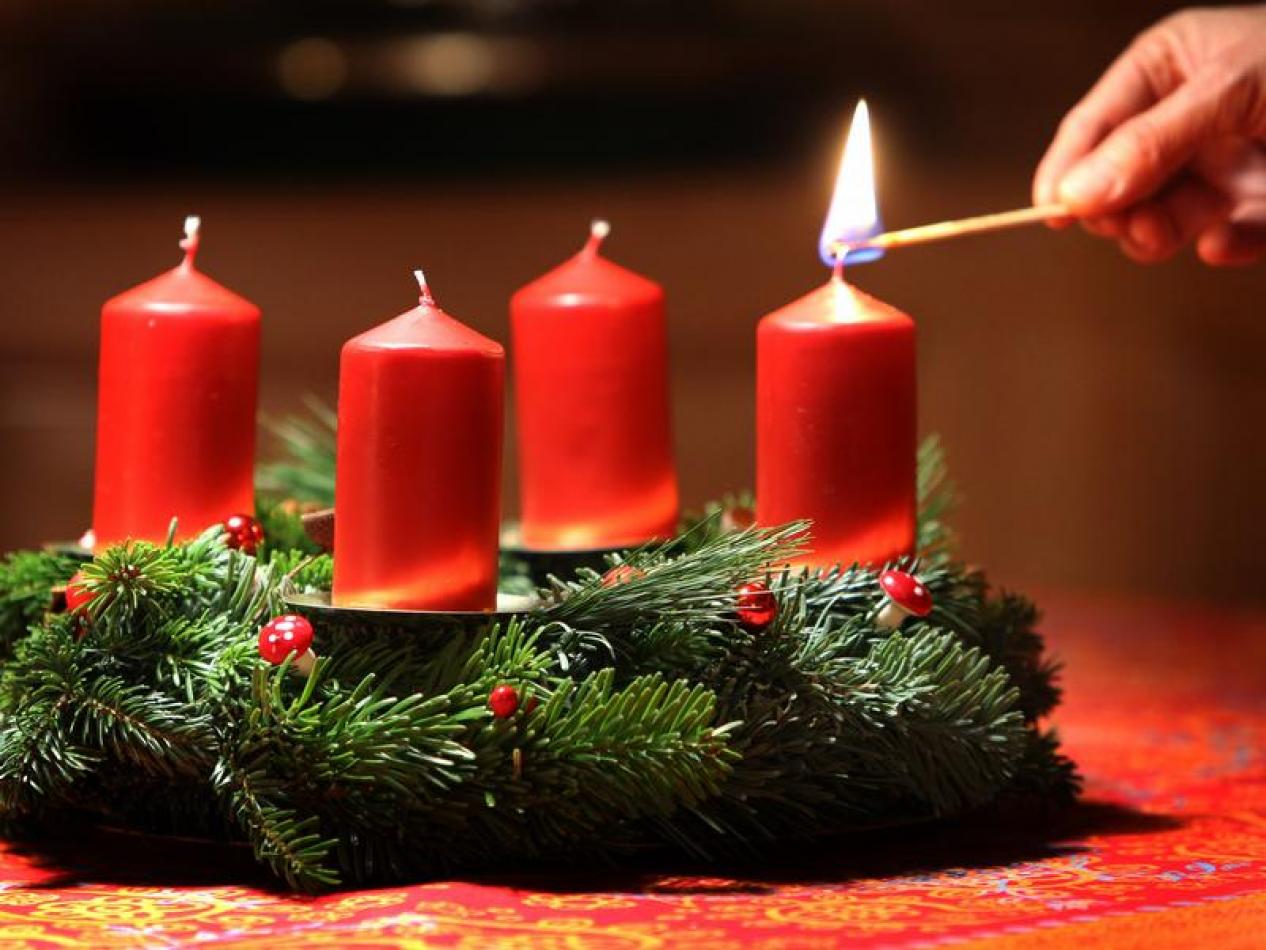 The first year of the three year liturgical cycle, year A, begins Sunday. Matthew’s Gospel accompanies us through this year.

The first year of the three year liturgical cycle, year A, begins Sunday. Matthew’s Gospel accompanies us through this year.

This Gospel is characterized by its ample reporting of Jesus’ teachings — the famous sermons, such as the Sermon on the Mount — and its attention to the relationship between the Law and Gospel (the Gospel is the “New Law”). It is also considered the most “ecclesiastical” Gospel because of its account of the primacy of Peter and because of its use of the term “Church,” which is not encountered in the other Gospels.

The statement that stands out among all others in this Gospel of the first Sunday of Advent is “Stay awake! For you do not know on which day your Lord will come. […] So too, you also must be prepared, for at an hour you do not expect, the Son of Man will come.” We ask ourselves why God would keep hidden something so important as the hour of his coming, which, for each of us, coincides with the hour of death.

The traditional answer is: “So that we will be vigilant, each one of us supposing that it will happen in his days” (St. Ephrem the Syrian). But the principal reason is that God knows us; he knows what terrible anxiety it would be for us to know beforehand the exact hour and to await its slow, inexorable coming. It is that which causes the most fear in regard to certain illnesses.

Today there are more people that die of unforeseen heart problems than those who die of incurable illnesses. But the latter cause more fear because they seem to take away the uncertainty that allows us to hope.

The uncertainty of the hour should not cause us to be careless but to be vigilant. If the liturgical year is at its start, the civil year is at its end. This is an optimal occasion for a sapiential reflection on the meaning of our existence. In autumn, nature itself invites us to reflect on time that passes. That which the poet Giuseppe Ungaretti said of the soldiers in the trenches on the Carso front in the First World War holds for all men: “They are on the trees as leaves in autumn.” They are ready to fall at any moment. “Time passes,” said our Dante Alighieri, “and man pays no attention.”

An ancient philosopher expressed this fundamental experience with a celebrated phrase: “Everything is in flux.” Life is like a television screen. The screen is a kind of palimpsest, one program follows and erases the previous one. The screen is the same but the images change. This is how it is with us: The world remains, but we come and go, one after the other. Of all the names, the faces, the news that fills the papers and television today — of me, of you, of all of us — what will remain in a few years or a decade? Nothing of nothing. Man is nothing but “a design created by a wave on the sand, which the next wave will wash away.”

Let us see what faith has to tell us about this fact that everything passes. “Yet the world and its enticement are passing away. But whoever does the will of God remains forever” (1 John 2:17). There is someone who does not pass, God, and there is also a way for us not to completely disappear: Do God’s will, that is, believe and follow God. In this life we are like a raft carried along by the current of a roaring river headed for the open sea, from which there is no return.

At a certain point the raft comes near to the bank. It is now or never and you leap onto the shore. What a relief when you feel the rock under your feet! This is the sensation often felt by those who come to the faith. We might recall at the end of this reflection the words left by Saint Teresa of Avila as a kind of spiritual testament: “Let nothing disturb you, nothing frighten you. All things are passing. God alone remains.”

The horizon of Hope!

Today, on the First Sunday of Advent, we begin a new liturgical year; that is, a new journey of the People of God with Jesus Christ, our Shepherd, who guides us through history toward the fulfillment of the Kingdom of God. Therefore, this day has a special charm, it makes us experience deeply the meaning of history. We rediscover the beauty of all being on a journey: the Church, with her vocation and mission, and all humanity, peoples, civilizations, cultures, all on a journey across the paths of time.

This journey never comes to an end. Just as in each of our lives we always need to begin again, to get up again, to rediscover the meaning of the goal of our lives, so also for the great human family it is always necessary to rediscover the common horizon toward which we are journeying. The horizon of hope! This is the horizon that makes for a good journey. The season of Advent, which we begin again today, restores this horizon of hope, a hope which does not disappoint for it is founded on God’s Word. A hope which does not disappoint, simply because the Lord never disappoints! He is faithful! He does not disappoint! Let us think about and feel this beauty.

The model of this spiritual disposition, of this way of being and journeying in life, is the Virgin Mary. A simple girl from the country who carries within her heart the fullness of hope in God! In her womb, God’s hope took flesh, it became man, it became history: Jesus Christ. Her Magnificat is the canticle of the People of God on a journey, and of all men and women who hope in God and in the power of his mercy. Let us allow ourselves to be guided by her, she who is mother, a mamma and knows how to guide us. Let us allow ourselves to be guided by her during this season of active waiting and watchfulness.