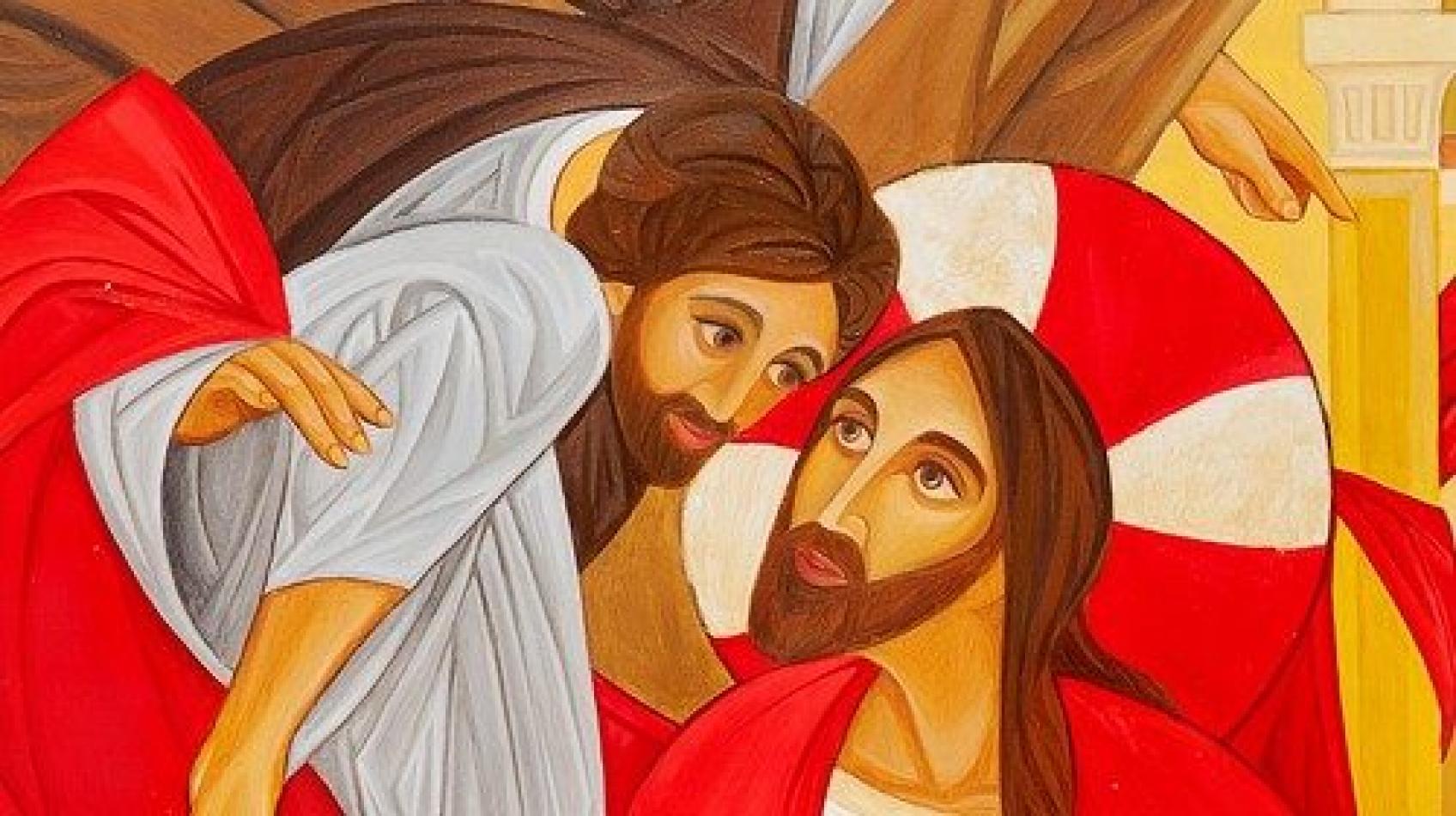 In order not to misinterpret the meaning of this passage, it is necessary to place it in its context. The whole chapter from which it is taken (Mt 18) is about the rapport between the members of the Christian community: who should be considered the first, great and small, how to avoid scandals, what attitudes to take towards one who turns away from the faith, how to develop love and promote harmony among the disciples, how often must one grant forgiveness. (...) 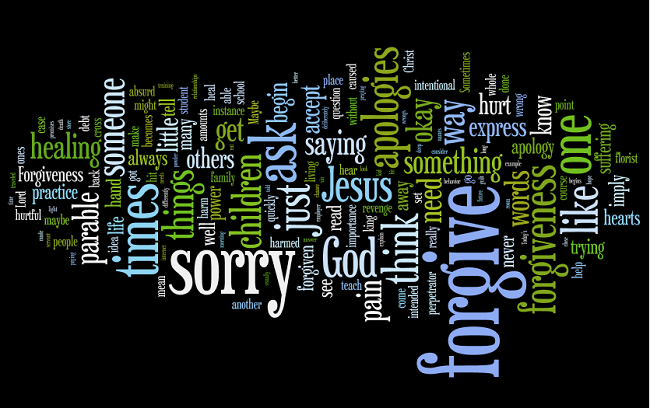 In order not to misinterpret the meaning of this passage, it is necessary to place it in its context. The whole chapter from which it is taken (Mt 18) is about the rapport between the members of the Christian community: who should be considered the first, great and small, how to avoid scandals, what attitudes to take towards one who turns away from the faith, how to develop love and promote harmony among the disciples, how often must one grant forgiveness.

Today we are invited to reflect on Jesus’ recommendations on how to recover one who failed or got lost. To understand them one has to read them in the light of the sentence that introduces it. Unfortunately, it is not reported in today’s Gospel: “Your Father in heaven doesn’t want even one of these little ones to perish” (v. 14). All that is recommended must respond to this one goal, to bring back to life those who have made or are making choices of death.

It is up to the shepherd, of course, to search for the sheep that are lost, wounded and in risk of falling into a very deep and dark ravine. However, every Christian is a shepherd of his brother. No one can say like Cain: “Am I my brother’s keeper?” (Gen 4:9).

The law of love requires a commitment to bring the brother or sister on the right path; but how to proceed insuch a delicate issue?

There is a mistake that must be avoided: gossiping, spreading the news of the error. This is defamation. Itserves only to marginalize one who did wrong and to humiliate him. It makes him increasingly stubborn in evil and to needlessly make him suffer. It is equivalent to losing forever the opportunity to recover him.

There is someone who thinks that having spoken the truth, he can put his mind at rest. But the truth is notthe absolute value. Love is the reference point. The truth can object to love, can destroy the coexistence and good relations, rather than promote them. Defamation can destroy a person: “The lash of the tongue shatters bones” (Sir 28:17)—kills a brother or sister, ruins a family, breaks a relationship. How can one deny that there is wisdom in the popular saying: “Better a well said lie than an inappropriate truth?”

The truth that does not produce love, but causes anxiety, creates dissension, hatred, and resentment is a lie. One cannot tell everything that is true or everything one knows. One must not, above all, tell the truth to those who want to use it for evil. The truth that kills is evil; it comes from the evil one, “who has been a murderer from the beginning. He is a liar and the father of lies” (Jn 8:44).

Let’s see what Jesus suggests to “tell the truth” to a brother who is in danger of being lost. The path to follow is split up into three stages.

First: one has to talk personally to the brother, man to man, face to face. Everything must be resolved in secret, to prevent someone from finding out what happened.

This first attempt is the most delicate, first of all because it is demanding and decidedly unwelcome. All prefer to confide in others rather than confront the person concerned. Then it is not easy to find the right words. One can wrongly broach the subject, an exaggerated adjective may be uttered inadvertently. Sometimes an out of place emphasis puts an end to all. If the brother is injured, he finally closes. One may have acted with the best of intentions, besides losing a friend, one also feels responsible for the failure to convert.

In this situation, today’s Second Reading offers a thought that may be helpful: to put ourselves in the same situation and try to imagine what we would want others to do for us.

If this first attempt does not produce the desired result, the second step to take is to ask for help from one or two sensible and wise brothers of the community. Never forget the goal: the recovery of the brother. One should never give the impression of cornering him or putting him in front of someone who looks for ways to convict. He must perceive that he is dealing with friends who want his good and willing to testify in front of the brothers of his good disposition.

The last stage is the recourse to the community. This can happen only when the sin committed risks to disturb the brothers and sisters, especially those who are weak in the faith. If so and the culprit does not want to amend, then he must be considered “as a heathen and as a publican.”

Taken literally, this recommendation squeals out of Jesus’ lips, who has just warned the disciples: “See that you do not despise any of these little ones” (v. 10). How is it possible that “the friend of publicans and sinners”(Mt 11:19) pronounce a very hard judgment?

If it is not understood in the right way, the phrase is strange even in the Gospel of Matthew where one oftenfinds that the Church is not composed only of saints, but also of sinners. It is a field where wheat and weeds grow. It is a net that takes all types of fish. It is a feast where good and bad are welcomed. How does one explain that the unrepentant sinners should be driven out by the community?

We do not put a phrase of Jesus at odds with the rest of the Gospel. A fact is certain: the community does not have the right to expel one of its members who behaves badly, just for the fact that it feels him like a burden, as an inconvenient item. The sinner is always a son or daughter, and no mother is ashamed of her child. However, one cannot deny that the Church has the right and even the duty to speak words of denunciation or condemnation. Jesus has given her the power to bind and to lose and has promised to ratify her decisions from heaven (v. 18).

The phrase “binding and loosing” is a well-known. It was used by the rabbis to indicate their authority to declare lawful or forbidden a certain moral behavior and to impose or revoke the exclusion from the community.

The responsibility entrusted to the Church is great. She is called to declare authentically what thoughts, feelings, choices are in accordance with the Gospel and which one moves away from Christ. She does not cast out, condemn nor punish anyone but only helps one to become aware of the condition in which everyone stands in taking certain decisions.

In the fulfillment of this delicate mission, the Church will never forget another stern saying of the Lord: “How can you say to your neighbor, friend, let me take the speck out of your eye when you can’t remove the log in your own? You hypocrite! First, remove the log from your own eye, and then you will see clearly enough to remove the speck from your neighbor’s eye” (Lk 6:41-42). However, it is her duty to unequivocally declare, after being confronted with the Gospel, the one she places outside the communion with Christ and with the community.

The way to perform this service can and must change depending on the sensitivity and pedagogical concepts which—as we know—are subject to evolution through the centuries. There was a time in which they proceeded in a rather strict way: “who committed serious moral failing was removed from the community” (1 Cor 5:1-5). It was feared that ignoring or passing over in silence outrageous public behavior, and sometimes even ostentatious, would likely confuse the weaker members. So, too, if someone falsified the Gospel, he was publicly reprehended: “If anyone promotes sects in the church, warn him once and then a second time … if he still continues … expel him” (Tit 3:10). The community cannot certainly tolerate that someone, in the name ofChrist preach insane doctrines.

Today these forms of excommunication are no longer practiced. The pastoral choices are different, but the goal remains the same: to enlighten the brother or sister, to help him or her realize one’s condition and get him or her to mend. “If someone does not obey our instruction in this letter, take note and do not have anything to do with him, so that he may be ashamed. However, do not treat him as an enemy, but warn him as a brother” (2 Thes 3:14-15). To achieve this result, one should be clear that the measures taken against him are dictated only by love, not by the desire to “separate him” from a community that considers herself perfect. If one can make him aware of the fact that he is no longer in full communion with the brothers and sisters  in the faith, one can arouse in him a healthy nostalgia for the Father’s house and the desire and the need to return can emerge in him.

The concluding verses (vv. 19-20) are the last their midst and  with him in prayer they turn to the Father. The only one who has entered in a harmony of thoughts and feelings with God and with the brothers and sisters can feel safe to interpret the mind of the Lord when “he binds” and when “he looses.”

READ:  We are mandated to love our neighbors.  Jesus talks of the need to be committed to the spiritual well-being of our brothers and sisters.

REFLECT:  We are responsible for each other.  We are accountable for the good and evil that everyone does.

PRAY:  To be responsible for others is to take care and develop them.  Let us ask for the grace to be more caring and compassionate.  Let us pray for some persons who need conversion of heart.

ACT:  Show real care for someone today rather than simply saying that we do.  Identify a person who needs gentle correction, and do it respectfully and lovingly.