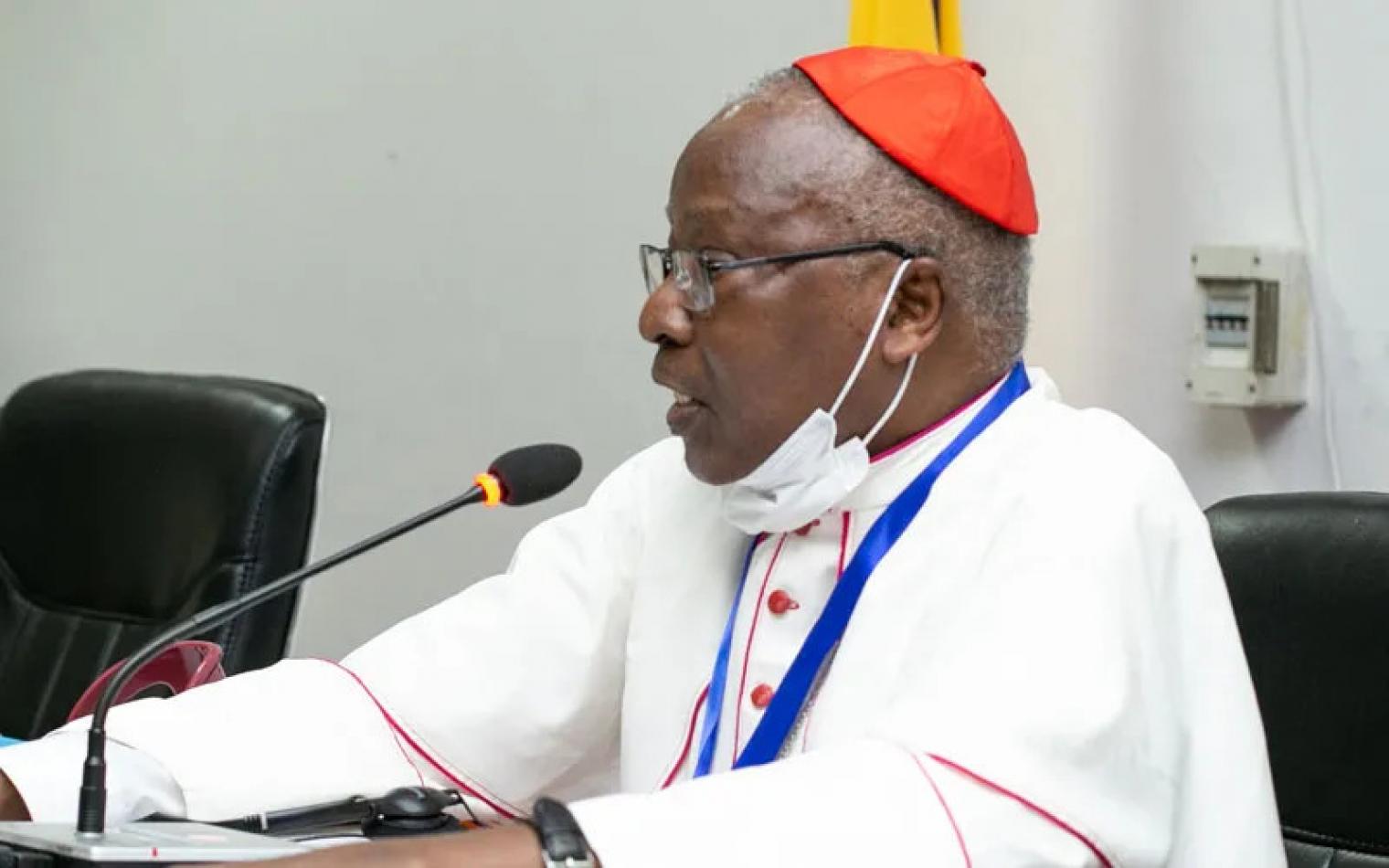 Friday, July 29, 2022
The leadership of the Symposium of Episcopal Conference of Africa and Madagascar (SECAM) has challenged political leaders in Africa to live up to their pledge to end violent conflicts on the continent that they said would be realized by the year 2020. [In the picture: The President of SECAM, Philippe Cardinal Ouedraogo addressing delegates at the 19th Plenary Assembly of the Symposium of Episcopal Conferences of Africa and Madagascar (SECAM). Credit: ACI Africa. SECAM]

In 2017, the African Union (AU) Peace and Security Council adopted the Master Roadmap of Practical Steps to Silencing the Guns by 2020. The initiative recognized that “beyond the ongoing political and military efforts, there is a need for structural interventions in the area of socio-economic development, to allow for issues of governance, youth and women, employment and education, climate change and other pertinent factors to play constructive roles in the efforts to silencing the guns in Africa.”

In his address during the opening ceremony of the July 25 – August 1 meeting of Catholic Bishops in Africa taking place in Ghana’s capital city, Accra, the President of SECAM, Philippe Cardinal Ouedraogo, made reference to the pledge that Africa’s political leaders made five years ago. “African political leaders pledged in May 2017 to end conflict and silence guns on the continent by 2020, so that people can live in peace,” Cardinal Ouedraogo said on Tuesday, July 26.

Political leaders in Africa, the President of SECAM told delegates of the 19th Plenary Assembly said, “also recognized that the loss of life and displacement of thousands of people, as well as the challenge of terrorism and extremism in some parts of the continent, are serious concerns that require further efforts by African Union (AU) member states”. He regretted the fact that “it is now 2022 and wars and armed conflicts have intensified in Africa.”

Delegates of the 19th Plenary Assembly who are meeting under the theme, “Ownership of SECAM: Security and Migration in Africa and its Islands”, are drawn from the eight regional associations of the continental symposium. In his July 26 address, the President of SECAM said that the violent conflicts that have resulted in the loss of human life and displacement of population are among factors that “have contributed to high proportions of human mobility or migration.”

“It is therefore very appropriate to give special attention to the theme: Ownership of SECAM: Security and Migration in Africa and the Islands,” the Cardinal who was elected SECAM President in July 2019 said. He made “solemn appeal for an end to all conflicts throughout the continent.”

The 19th SECAM Plenary Assembly follows the July 2019 that took place in Kampala, Uganda, marking the conclusion of the Golden Jubilee celebrations of SECAM celebrations (July 2018 to July 2019). The  Plenary resulted in the Kampala Document (KD), the 100-page publication that documented the discussions Catholic Bishops in Africa had at the conclusion of their year-long Golden Jubilee.

In his July 26 speech, the President of SECAM also reflected on the fruits of the 18th Plenary Assembly of the continental symposium, captured in the KD. “It is now three years since we held our Golden Jubilee celebration in Kampala, Uganda, the birthplace of SECAM,” Cardinal Ouedraogo said.

He continued, “At this Plenary Assembly, we committed ourselves to return to our baptismal roots in Christ and his Gospel; to deepen our knowledge of our profession of faith; to fulfill the promises of our baptism in all areas of life; and to seek new strength and zeal for mission, in order to build a new God-centered Africa for all citizens.”

“Several other challenges remain to be taken up in Africa: socio-cultural, political, economic, ethical and ecological challenges,” the Cardinal said, noting that of all the challenges, “The greatest remains that of unity and communion, for the Church can only advance by strengthening communion among its members, beginning with its pastors.”

Faced with these challenges, Cardinal Ouedraogo said, KD “invites all the sons and daughters of Africa to a profound change of heart and mentality, the only condition for being salt of the earth and  light of the world in view of a renewed world thanks to Christ, the true liberator of humanity.”

“The option we took at the First Special Assembly for Africa of the Synod of Bishops in 1994 to build a Church Family of God in Africa is more relevant than ever,” the Burkinabe Cardinal said. Today, he continued, “Africa is expected to be a shining sign of communion and synodality from the grassroots ecclesial communities to the continental level through parishes, dioceses, national conferences and regional assemblies of episcopal conferences.”