Home
Circunscrições
Brasil – (Notícias)
We cry with Mother Earth tears of mud and blood. No to impunity!

We cry with Mother Earth tears of mud and blood. No to impunity! 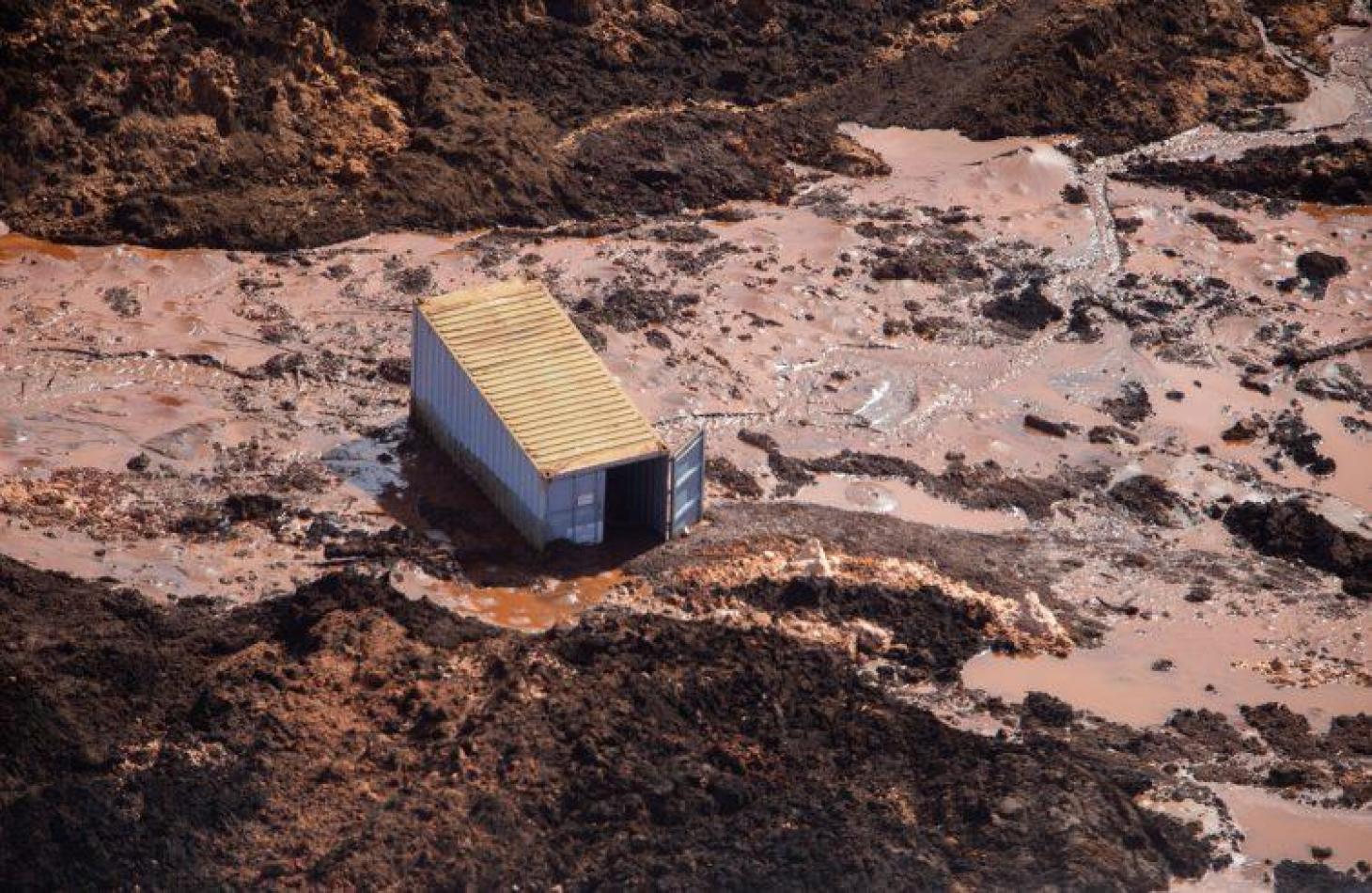 Monday, January 29, 2019
The Churches and Mining Network cries with the victims of the socio-environmental crime of Brumadinho, Minas Gerais (Brazil). We are writing today from this violated community, which we know well and which we visit again today, after having celebrated with it several times in the walk, life and resistance to the expansion of mining.  We also write from the many Latin American communities affected by the arrogant violence of extractivism, today silently embraced the little Brumadinho, in tears. 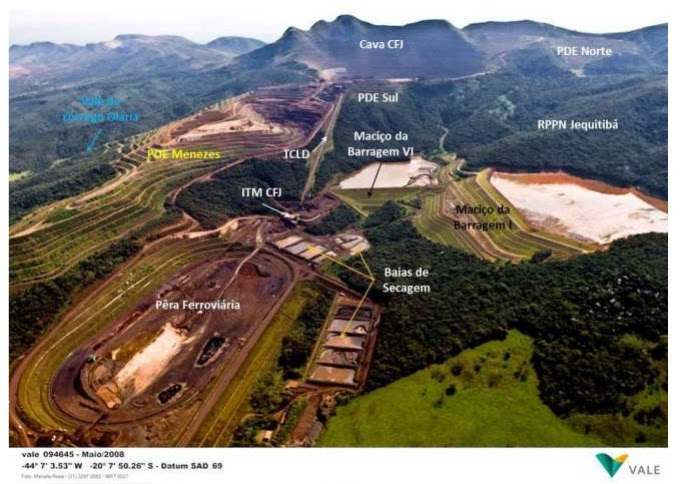 We are in solidarity with the families of the victims and the communities of faith, who will have the hard challenge of rebuilding hope. We also join the Archdiocese of Belo Horizonte, which with the words of the Gospel defined the tragedy as "abomination of desolation", referring to the "absurdities born of the gains and contempt for the other, the truth and the good of all". 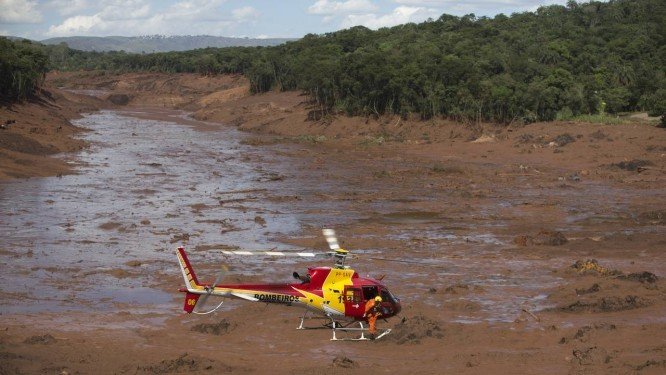 We continue accompanying and advising the churches involved in the territories injured by mining and in all open conflicts between extractive companies and communities (Only in Brazil there are more than 70 Dioceses where these conflicts were mapped).

The company VALE SA, together with BHP Billiton, is responsible for 19 deaths and pollution of the entire Doce River basin, on November 5, 2015. The same damage was repeated three years later, with a trace of much more serious deaths, is the confirmation of the incapacity of management and prevention of damages, disinterest and criminal behavior.

This responsibility also involves the State, which grants licenses to extractive projects and should monitor them to guarantee the safety and dignified life of the communities and the environment.

The State's responsibility is twofold, because impunity and the lack of complete and enough reparations for the victims of the Navy crime was one of the main conditions that allowed the new crime of Brumadinho.

Embraced, the capital of mining companies and political power, facilitate the installation or expansion of large extractive projects, minimizing the conditions and licensing rules thereof. The "Córrego do Feijão" itself, whose deposit of toxic waste was broken, obtained in December 2018 an environmental license for the expansion of 88% of its activities. In the Council of Environmental Policies of the State of Minas. Only the National Civil Society Forum on the Management of Hydrographic Basins (FONASC) voted against the expansion, denouncing "insane" mechanisms to reduce the demands in the licensing of large mining projects.

Disasters caused by irresponsible behavior of companies allied to the public power can not be called "environmental accidents".

Organized civil society but not listened

Since 2011, the population of Brumadinho and the region are demonstrating in an organized way against the mine, its impacts and threats. The FONASC, in December 2018, wrote an official communication to the State Secretary of the Environment, requesting the suspension of the licensing of the "Córrego do Feijão" mine. The International articulation of those Affected by the Vale denounced in the Shareholders' General Assembly of the Vale, in April 2018, "the dangers of the repeated process of reducing expenses and costs in its operations", making explicit mention of the various waste deposits.

Those responsible for these crimes cannot claim justifications for ignorance. On the contrary, in the name of progress and the profit of the few, there is a systematic disqualification of different voices.

With energy, we echo the words of Pope Francis in the Encyclical Laudato Si ': "in the debate, local inhabitants must have a privileged place, those who question themselves as to what they want for themselves and their children and can take into consideration the purposes that transcend the immediate economic interest "(LS 183).

Make it flexible until it breaks

The newly elected President of Brazil, in response to the pressure of the person who financed his campaign, expressed the plan to make environmental control and licensing as flexible as possible. He criticized the alleged "environmental fine industry"; his government stripped powers from the Environment portfolio, suspended contracts with NGOs committed to defending the environment, extinguished secretariats that worked for public policies against global warming.

Also the previous governments facilitated the uncontrolled expansion of mining in the country, promoting the National Mining Plan and reformulating, by decree, the Legal Framework of Mining.

Recent events demonstrate, violently, that these policies are a collective suicide and a threat to the lives of future generations.

This growth model is unsustainable and lethal; You cannot blackmail people who need jobs to survive in regions controlled by mining, without guaranteeing safety, health and social welfare at the same time. The problems are not solved "only with the growth of the profits of the companies and of the individuals". "It is not enough to conciliate, in a medium term, the care of nature with financial income, or the preservation of the environment with progress. In this issue the average terms are only a small delay in the collapse. It's simply about redefining progress." (LS190,194).

Frequently, companies and governments appeal to the mediation of conflicts with communities through "dialogue". They seek, even, the intermediation of the churches, to offer these processes greater credibility.

Also, institutionally they have invested in extrajudicial mediations and terms of behavior adjustments to make more effective and quicker the repair of damages and environmental violations.

The lack of implementation of mitigations and reparations, the neglect to prevent new disasters and the repetition of irresponsible and criminal practices confirm that: this type of proposal is not a true dialogue. It is a strategy of companies to seduce public opinion, guaranteeing a kind of social license to pollute, reduce popular resistance and avoid big capital can be converted to the values of sustainability and the common good.

More than this "dialogue", asymmetric and disrespectful, we trust in the democratic rules of environmental protection and the rights of the populations, as well as in authorities that effectively monitor their respect and punish those who violate them. We support a Binding Treaty for Business and Human Rights, at the international level, and a responsible, effective and prompt judicial response for those who bet on impunity or, at the most, a slight financial incidence of rare fines applied.

Socio-environmental crime is not an accident!

From Brumadinho and from Latin America, January 26, 2019 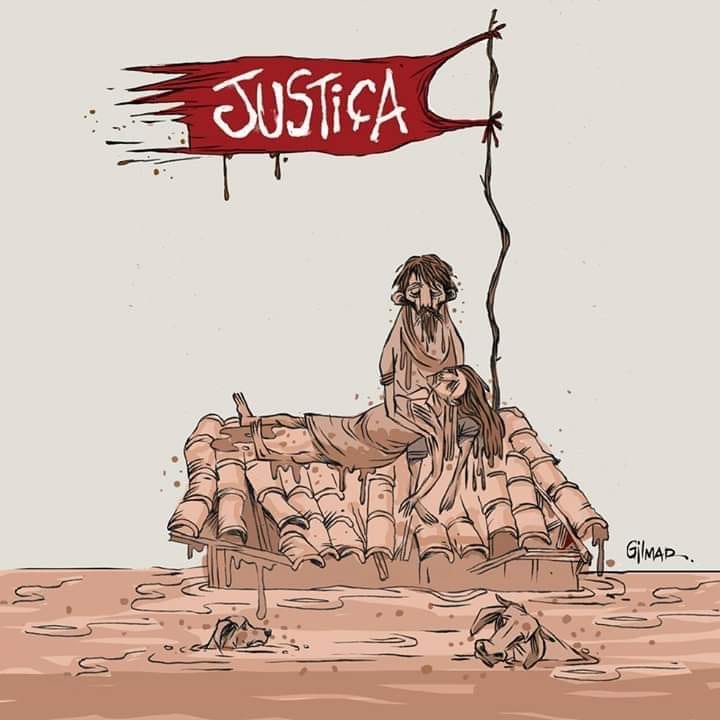