Way of the Cross 2020: meditations written in Padua’s correctional facility. Fr Marco Pozza: “Hope dwells even in the depths of suffering” 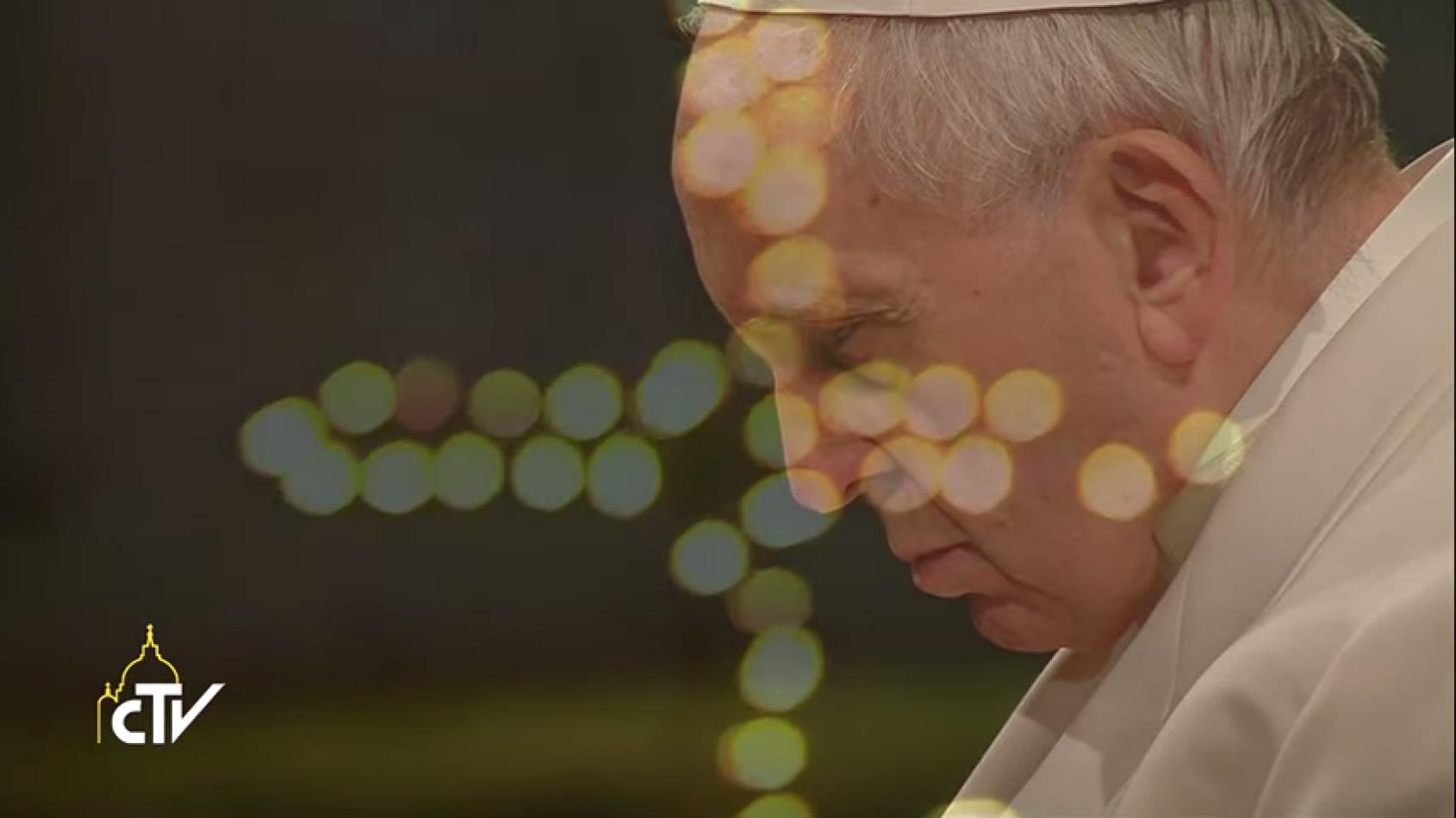 Saturday, March 14, 2020
Fourteen stations, fourteen stories intertwined with the lives of the people there, prison police officers, prison educators, volunteers, those who administer justice. Above all those affected by imprisonment, such as the families of detainees, victims of crime, those who have been wrongfully accused for years. The meditations were collected and written by Don Marco Pozza, theologian and chaplain of Due Palazzi detention facility, and Tatiana Mario, journalist and volunteer.

The announcement was made by Pope Francis, taking everyone by surprise, with a personal letter to the director of the four leading newspapers in the Veneto region (“Il Mattino di Padova”, “La Nuova Venezia”, “La Tribuna di Treviso”, “Il Corriere delle Alpi”), Paolo Possamai: the meditations for the next Via Crucis 2020 – to be held at the Colosseum on Good Friday – have been prepared by the parish church of “Due Palazzi” Prison Facility in Padua. Fourteen stations, fourteen stories intertwined with the lives of the people there, prison police officers, prison educators, volunteers, those who administer justice. Above all those who experience imprisonment, such as the families of detainees, victims of crime, those who have been wrongfully accused for years.

The meditations were collected and written by Fr Marco Pozza, theologian and chaplain of “Due Palazzi” prison facility, and Tatiana Mario, journalist and volunteer. They spoke about their experience at a very difficult time for the country, grappling with the Coronavirus emergency and the prison protests. We contacted them by phone.

Prisons riots in Italy. What is your message to the many inmates experiencing this time of emergency caused by the spread of the Coronavirus?

Don Pozza: The difficulties of prison life as well as the increased restrictions imposed in the last few days to prevent the spread of the Coronavirus inside penitentiaries, must be tackled with a sense of responsibility and national unity that involves each and every one of us. Many detainees are aware of the current situation in the country and, albeit with difficulty, are adapting to directives designed first and foremost to protect their health and that of their families.

I would like to urge everyone to show greater harmony and, although difficult for obvious reasons, to strive for inner and outer serenity.

Why is the realm of  prison systems a central theme of the Way of the Cross 2020?
Don Pozza: Prisons represents a realm that is dear to Pope Francis. Since the beginning of his pontificate he shed light on the world of prisons, the dungeons of society.  His winning move was the Extraordinary Jubilee of Mercy: for prisons to be able to experience, inside their cell door, a holy door to be crossed, was a truly prophetic intuition. That gesture, so simple and full of dramatic poetry, enshrined deep love between the Holy Father and the world of those who live and visit prisons. Moreover, the fact that the centre is better understood from the periphery – one of the four principles adopted by the Pope – makes this choice clearer.

How did the idea of having prisoners write meditations come about?

Don Pozza: Some time ago, working on another project, I shared a text written by a young inmate. In prison, writing is therapy, salvation, for some it’s a passion.

The Pope looked at me and said: “I would like you to help me compose the Way of the Cross on Good Friday this year.

In that moment I felt the happiness of all the prisoners. However, there was another wish: “I would like it to be written not only by detainees: I would like it to be the story of a society involved in rehabilitation efforts.” Then he glanced at me: “The world of the victims, first of all.” That gaze encompassed the whole of his vision.

How did you organize your work in order to finally put together all fourteen meditations?

Mario: At first, amidst a multitude of stories revolving around our prison, we selected those which, in our opinion, best matched the titles of the stations. Then we addressed the proposal to fourteen who agreed to let themselves be involved. The Gospel passage that we proposed for joint meditation became the path leading to the innermost self, retracing personal life stories. Everyone, without exception, managed to describe themselves without fear, while letting pain and fatigue play their part. 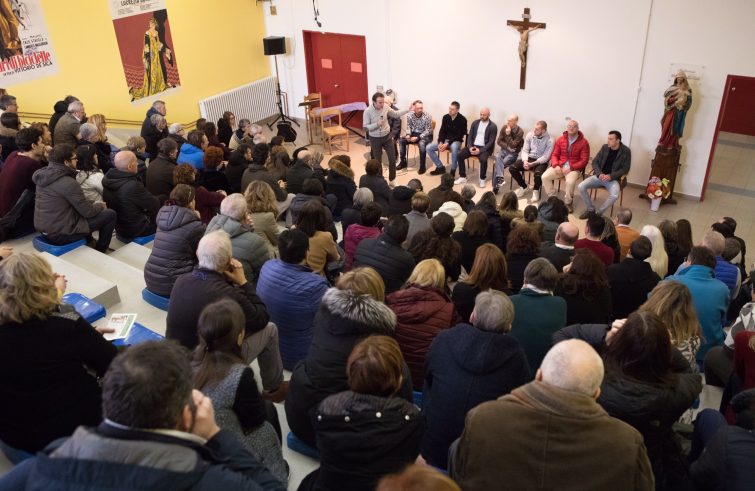 How do you feel about helping the Pope to prepare a Way of the Cross?

Mario: We felt extremely privileged and also responsible. We learned yet again that we should tiptoe into other people’s lives, respecting their silence and welcoming with discretion even the tears of torn hearts and lives lacerated by pain, judgment, indifference. We have learned a great lesson:

even in the darkness of suffering, there is always a glimmer of hope, whether small or great.

All we have to do is look for it, to accept being pierced by that spark. Every meditation has a story behind it, a name. None of them, on Good Friday, will be in the limelight, for no names will be made.  Not for the sake of anonymity, but because the shared wish was to be everyone’s voice: the voice of every detained person in the world and of every victim of crime, of every judge or magistrate, of every volunteer, of every Prison Police officer and of every educator.

How did the friendship that binds the life of your Penitentiary with the Holy Father come about?

Don Pozza: This particular proximity dates back to Sunday 6 November 2016, just as the Jubilee for prisoners was drawing to a close. My personal life and that of our prison were overwhelmed by a surprise phone call from the Pope, and by the meeting that took place a few minutes later. That evening no one could imagine that nothing would be as it was before. Thus the warm friendship was born and, it has grown stronger in time. On every occasion in which we were both with Francis the Pope asked: “How are our friends? Say hello to them, I hold you in my heart. If you need anything, I’m here, you know that”. This closeness makes us feel “in an iron barrel” (i.e. on sure ground, Trans.’s note), as a local saying in Veneto goes.
[Ricardo Benotti - SIR]