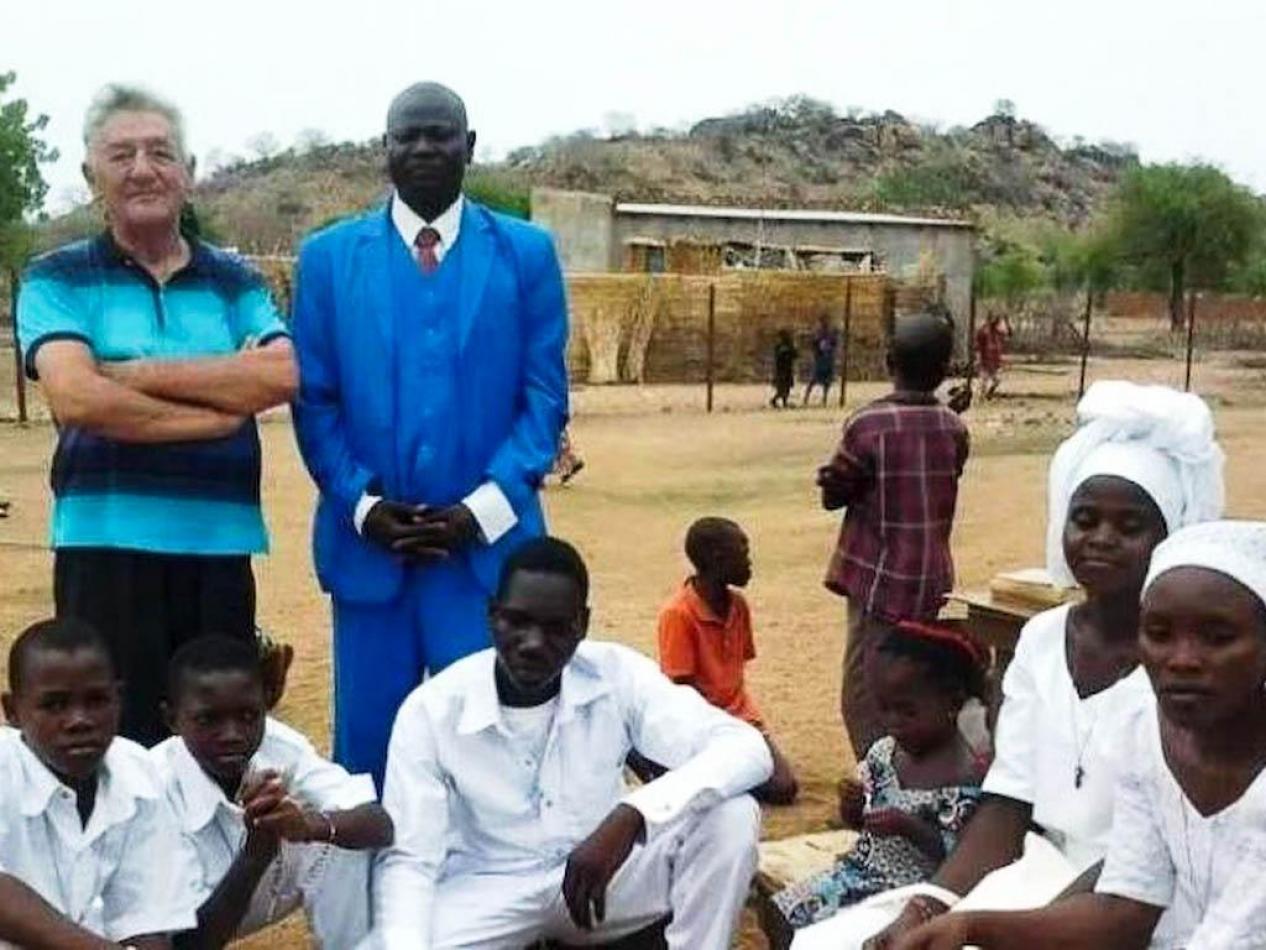 Friday, September 4, 2020
In Chad, a missionary who has lived in the country for over 53 years created a Cereal Bank, which has proved very successful. Today, 346 banks have formed a federation with as many as 35,000 members benefitting 350,000 people. The project is still growing right where the harvest is more precious than gold.
[Jpic-jp.org]

“Our purpose is to create suitable means that the village people need to deal with the frequent shortages of food. This is a goal that is not always possible to achieve using aid and donations, but is only possible through agricultural development,” says Father Franco Martellozzo, an eighty-two-year-old Italian Jesuit who has spent the past 53 years in Africa.

It was in the center of Chad, in the diocese of Mongo in 1984, when Father Martellozzo realized how pressing it was to provide a concrete solution to defeat hunger, poverty and usury. Agriculture had to be the starting point, and ‘Cereal Banks’ were created.

Over the years, this strategy proved successful, so much so that today the ‘Cereal Banks’ now form a federation of 346 units with about 35,000 members, benefitting 350,000 people. A hundred more villages are on the waiting list, or are preparing to open their own banks.

Those banks functioning at present cover an area of 500 square kilometers of arid terrain, where drought is noticeably advancing due in part to desertification caused by increasing climate change.

Agriculture is practiced here, as a means of subsistence, but there is only one harvest season: this is the period of the year when the land can be tilled to produce millet, sorghum and groundnuts, thanks to the rainy season that runs from April to September. October is harvest time but the land yields nothing more until the following year.

Before opening the ‘Cereal Banks’, the length of time during which families ran the risk of running out of food continually increased. Furthermore, there was the problem caused by supply and demand imbalance resulting in speculation over prices: what would happen was that all the farmers would sell a large part of their cereals at the same time, after the harvest, to gain some small amount of money to pay for necessities (school, health, clothes, etc.). Flooding the market with cereals meant a lowering of prices to the advantage of businesspersons who would buy the cereals, store them and wait to sell them at a much higher price some months later, even to the same farmers, when their supplies would run out.

It goes without saying that the families, with no reserves of food, were unable to buy back their products at the high prices imposed by the dealers except by going into debt or by selling their cattle and ploughs, often becoming part of the vicious circle of interest repayments.

In order to end this, Father Martellozzo brought forward the proposal to create a ‘Cereal Bank’. He tells us: “It all began with the construction of the first storehouse where each family that joined the project would deposit part of their harvest, and this created a general reserve. During the period of shortage, the farmer received one or two sacks of grain from the cereals in storage, with the commitment to repay the same amount plus a small quantity more, after the following harvest.”

At first, the missionary explained, it was not easy to convey the idea of ‘paying back the loan’, but this was fundamental since it allowed them to “create a stock of cereals to be used to meet future needs and create a new mentality.”

The missionary continued: “The repayment of the loan was not actually part of their mental make-up, since their notion was that everything given by the government, the NGOs or the Catholic Church was always a ‘gift.’ We had meetings to clarify these matters and the desire was expressed to establish clear and enforceable rules for those benefitting from the loans.” “People quickly abandoned the ‘loan sharks’ who saw their businesses slowly but surely collapse. All they could do was watch what was happening.”

We must bear in mind that “the interest was set at 10% and helped to cover the storage costs of the stock and help some poor people of the village who were not members of the bank. In any case, this interest was established by the general assembly of the farmers and the interest still belonged to the bank itself, enabling the bank, among other things, to increase the amount of stock available and also the number of beneficiaries.”

Unfortunately, they used the term ‘riba’ for this interest, which is contrary to Islamic law. The matter became so serious that I asked for a high-level meeting with the local deputy. Among the participants were the Bishop, the Imam of the Central Mosque with his secretary, and representatives of all the Muslims of the area. After a long discussion, the conclusion reached was that the 10% ‘interest’ was not definable as ‘riba’, but ‘ciukka’, which means ‘a free contribution’.”

Today, the ‘Cereal Banks’ are a well-established reality, appreciated and necessary for the local economy. The results are plain to see and there is a clear rebalancing of prices of cereals, an improvement in productivity by the use machines drawn by animals, a careful selection of seeds, and the effective training of the small farmers.

“When I think of all the difficulties we encountered, it seems like a dream: any technical analysis would have concluded that such a project would have been quite impossible and I am amazed it does not collapse around me. I am therefore reluctant to declare absolute victory yet.”

However, the results are there in abundance and this is a sign that, where the people are involved and there is personal commitment, success is assured.