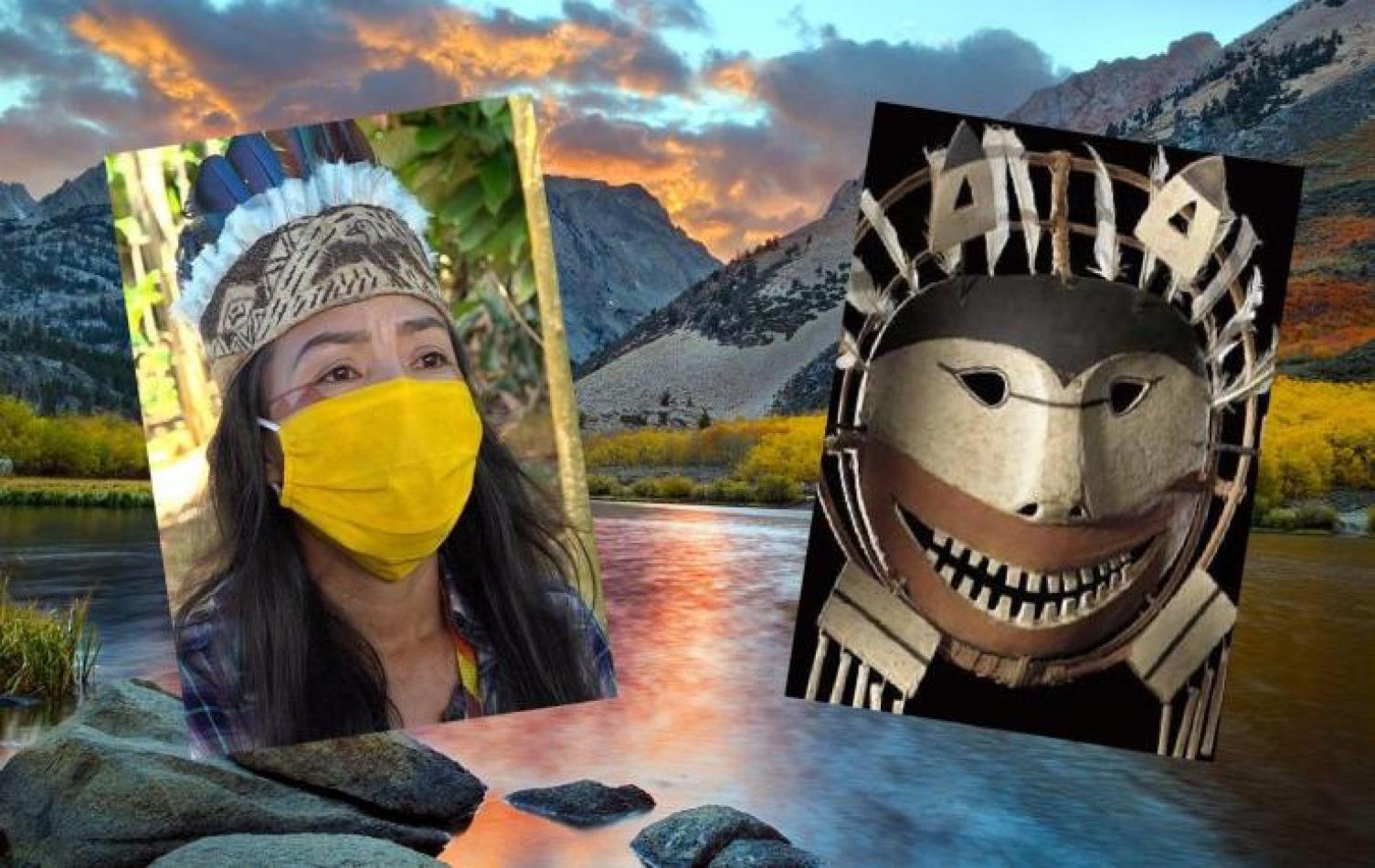 Saturday, September 19, 2020
The masks of the Americas, despite the differences in styles of the ethnic groups in the various regions, all embody the curative powers manifested during the rituals held for this purpose. The peoples of America have multifunctional curative masks which do not pertain to just a single pathology. Let us take, for example, the woven maize husk masks of the Iroquois who belong to the great family of the Onondaga who live in the United States and Canada.

The men wear these masks to invoke their curative powers during the dancing ceremonies without uttering any sound. Those wearing the masks breathe through the masks onto the patient.

There are also other sorts of masks among the Onondaga Indians. These are wooden masks associated with the masks of the ‘False Faces Society’, which are masks with grotesque and stylised human characteristics. They depict deformed and asymmetrical faces that evoke a mythical hero who was exiled by the Creator to the farthest ends of the earth, full of diseases. They symbolise suffering and are worn by the Shaman who enters the home of the patient and, in a matter of a few minutes, carries out the ritual of healing, transmitting the supernatural power of the mask by blowing hot ashes, believed to be curative, onto the patient.

In north-eastern Canada, however, the practice of mask healing is very common among the Inuit. They belong to the Ammassalik region on the east coast of Greenland. Most of the rites of healing and protection from sickness in this region are carried out using masks.

These masks made from waxed seal skins or wood, embellished by tattooed strips, with removable faces, place the wearer in contact with the world of the spirits thanks to the magic formula which translates: ‘Cover the skin of the face with a mask’. Among these hooded masks, the one that is made from seal skins and embellished with tattooed strips of sewn leather is worn by sick children. With amulets sewn close to the openings for the eyes and mouth, the mask protects and heals sick children.

Among the Seneca, natives of North America who historically lived to the south of Lake Ontario, on the feast of the New Year that was celebrated on the last days of January and the first days of February, the members of the ‘committee’, a group of individuals of the village that assumed the active role in leading the ceremony, used to wear masks made from maize husks and were called ‘Husk Faces’. These masked figures would go from house to house to drive out the negative entities and evils that afflicted the community.

Among the Cochise, a group of indigenous natives in Arizona and the great South West of the United States, we find a spiritual element known as ‘the Apache Dance of the Mountain Spirit’. They wear masks and represent the Four Sacred Directions.

These particular dancers are also known as ‘Thunder Beings’ since they receive their power from thunder. They symbolise the power of healing, guiding, and protecting. The headdresses they wear are decorated with eagle feathers. The symbols of lightning they bear on their bodies are sacred for the Apache. They carry painted swords made from yucca which represent lightning bolts.

Among the Indios of Brazil, masks are used in healing rituals as in the case of the Amazonian fish mask of Rio Xingu, where the Kamayura Indios live.

The Kamayura wear the masks for protection and healing. According to their tradition, the crest of the fish incarnates a protective spirit and is used in healing rituals.

Another sort of mask is used by the Koubéwa Indios, in the northeast of the country. It is called the mask of the butterfly and is used against malaria. It is worn while imitating the movement of a butterfly, repulsing the dangers that the spirits of the dead pose for humans. This mask, which incarnates the malaria demon, is to be seen during the feasts of the dead for this purpose.

In Alto Xingu, the Wauja Indios are famous for their ritual masks. In order to obtain a complete and effective therapeutic cure in very serious cases, it is essential to organise an apapaatai, a feast held by the relatives of the sick person. In general, these celebrations require that various ritual objects be made such as masks, flutes, clarinets, baskets, panels, arrows, etc.

Simply participating in the festival does not bring about a cure but it is also necessary to receive ornaments or specific artistic attention in order to be cured. The masks are made of fibre and cover the whole body of the wearer. The masks emerge two by two, evoking the sun and the moon. They symbolise the spirits responsible for the sicknesses, separating the soul from the body by the sound of flutes. The masks are destroyed after the ritual therapy.

In Mexico, the expression of healing by means of masks is rather commemorative. The mask is worn during the carnival as a sign of gratitude to Saint Sebastian for having granted healing to a child. It may be considered as a votive offering exposed during the traditional dance, to celebrate the memory of this Spanish saint.

In Ecuador, among the Quichua there is the Aya Huma mask. The name Aya Huma consists of two Quichua words: Aya spirit or energy of nature and Huma head, leader and guide.  Aya Huma’s eagerness to protect the people and drive away the evil spirits is fundamental. Socially and culturally Aya Huma is a mystical and popular character that doesn’t get tired, remains resolute and demonstrates courage in an impish way: leading and enlivening the main ceremonies, festivals, rituals and dances of the people. During the festival of Inti Raimy (festival of the sun) Aya Huma plays a vital part in the ceremonies of thanksgiving to the sun god (Inti Raymi) for the maize harvest.  The Inti Raimy festival commences on 22 June with a ritual bath in waterfalls, rivers, and springs at midnight, with the aim of driving out the negative energies and receiving new energy for the coming year.