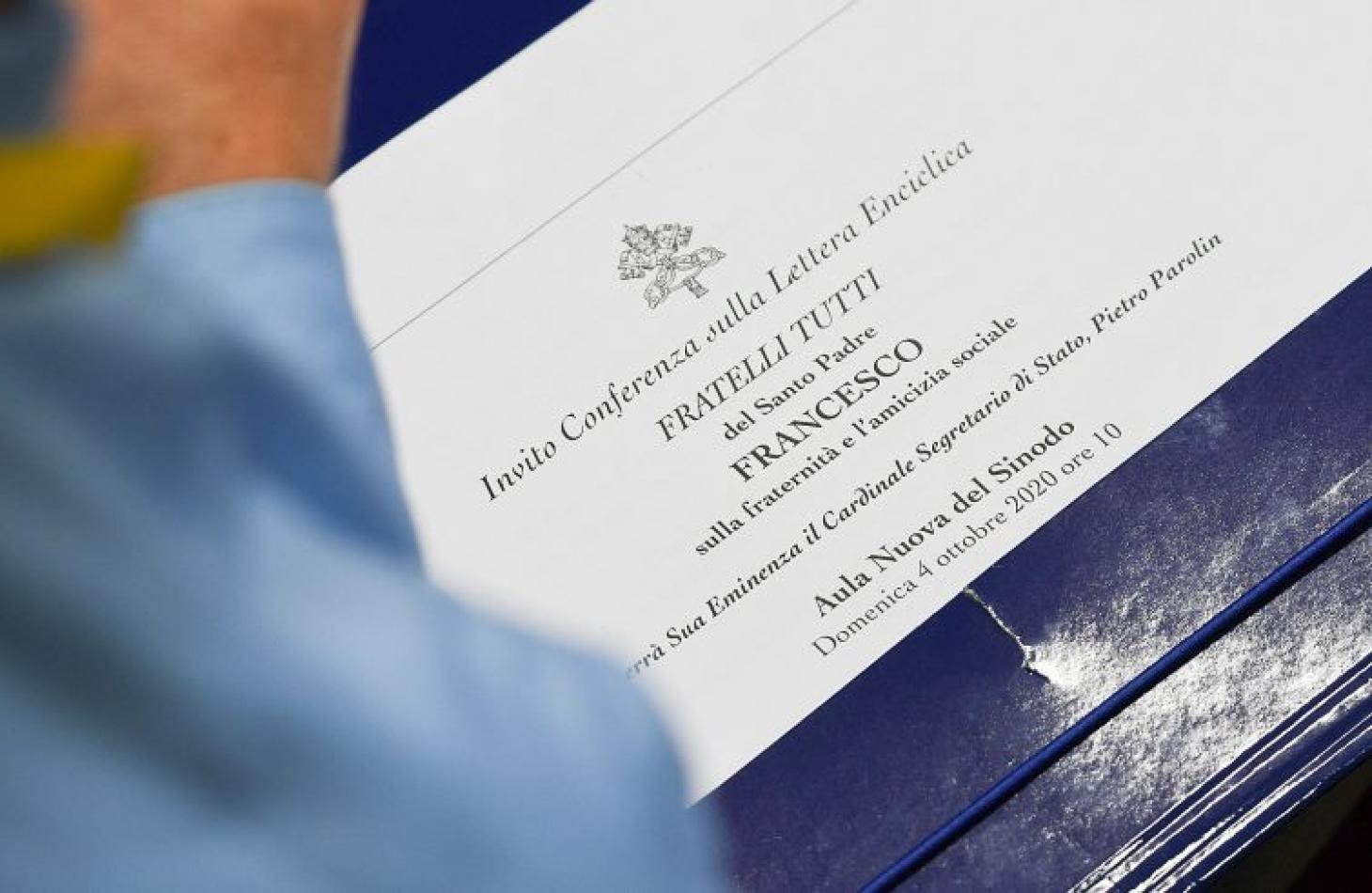 Thursday, October 8, 2020
Fr Francesco Patton, Custos of the Holy Land, contacted by SIR, comments on Pope Francis’ new encyclical Fratelli tutti (All brothers), inspired by Saint Francis. “The encyclical does not offer solutions but guidelines and values to be embraced. Every person, in his or her own ambit, is called to welcome fraternity, dialogue and reconciliation in their lives.” [Foto SIR/Marco Calvarese]

This document “is to be read in its entirety, avoiding a selection and dissemination only of the passages deemed of personal interest.” For Father Francesco Patton, Custos of the Holy Land, the encyclical “Fratelli tutti” (All brothers) released by Pope Francis on St. Francis’ Feast Day, “helps us reflect while simultaneously challenging us”. Moreover, the Franciscan Father told SIR, echoing the words of the Pope, “the pandemic exposed our false securities and our inability to live together, making us discover that we need, and are all beholden to, one another”.

Father Patton highlights the Franciscan inspiration of the Encyclical: “Fraternity is not mentioned abstractly but in concrete terms. ‘Brother’ and ‘sister’, in fact, are recurring terms in the vocabulary of the Saint of Assisi.” The Good Samaritan, quoted in the second chapter of the text, the Custos says, “epitomizes the concept of ‘becoming brothers’ or, in the words of Father Thaddée Matura, a leading scholar of Franciscan thought, of ‘brotherly humanity’.

Pope Francis’ idea of human fraternity, expressed in the Abu Dhabi document recalled in the encyclical, reflects the way we enter into a relationship with people and Creation. As did St. Francis, who embraced with a fraternal disposition the socially excluded of his time, the poor and lepers, thieves and robbers, and those belonging to different cultures or religions, like the Sultan Malik-al-Kamil he met in Egypt.”

Such is the “inclusive and concrete” language of the Saint of Assisi, taken up by the Pontiff: “To proclaim the leper as his brother he embraces him, so does he with the thief, the robber. This exemplifies the establishment of relations with all categories of persons. It paves the way to human fraternity, it is fraternity elevated to culture, to modus vivendi. Saint Francis extends this gaze to Creation, to the point of calling the sun brother, the moon sister, and even death.”

Fraternity as culture, dialogue as the method. Fraternity as “culture”, dialogue as “method”. “For us in the Custody of the Holy Land,” says Father Patton, “Fratelli tutti” reaffirms the objective of our mission in the past 800 years, since St. Francis visited the Holy Land: authentic missionary activity outlined in Chapter XVI of the Earlier Rule or Regula non Bullata (FF 42-45), which can be summarised as follows: not to engage in arguments or disputes but to be subject to every human creature for God’s sake and to acknowledge that they are Christians.

Despite the difficulties we may face, including forms of violence, we are called to embrace our fellow other with a fraternal attitude, whether they are Christians of other denominations, Muslims or Jews. Don’t wait for them to come to us, don’t expect them to have a fraternal approach towards us, but go towards them ourselves. In these four years that I have served as Custos, I have learned that a fraternal attitude always results in a fraternal response.

Fraternity paves pathways of relationships and friendship.” Father Patton said he hoped that “this encyclical may animate also cultural and political paths in a context like ours in the Holy Land and in the Middle East. Fratelli tutti highlights the need for reconciliation, for forgiveness, as in the case, for example, of the Shoah. Reconciliation – the Custos points out – is also political, not only personal. Peace is achieved not by causing people to be upset but by helping them embark in reconciliation processes. Violence exacerbates conflicts. This is true also on a personal level.”
[Marco Calvarese – SIR]