Home
Circunscrições
Europa
Africa’s appeal to Europe: a lasting partnership to foster “resilience” before the challenges of poverty and war

Africa’s appeal to Europe: a lasting partnership to foster “resilience” before the challenges of poverty and war 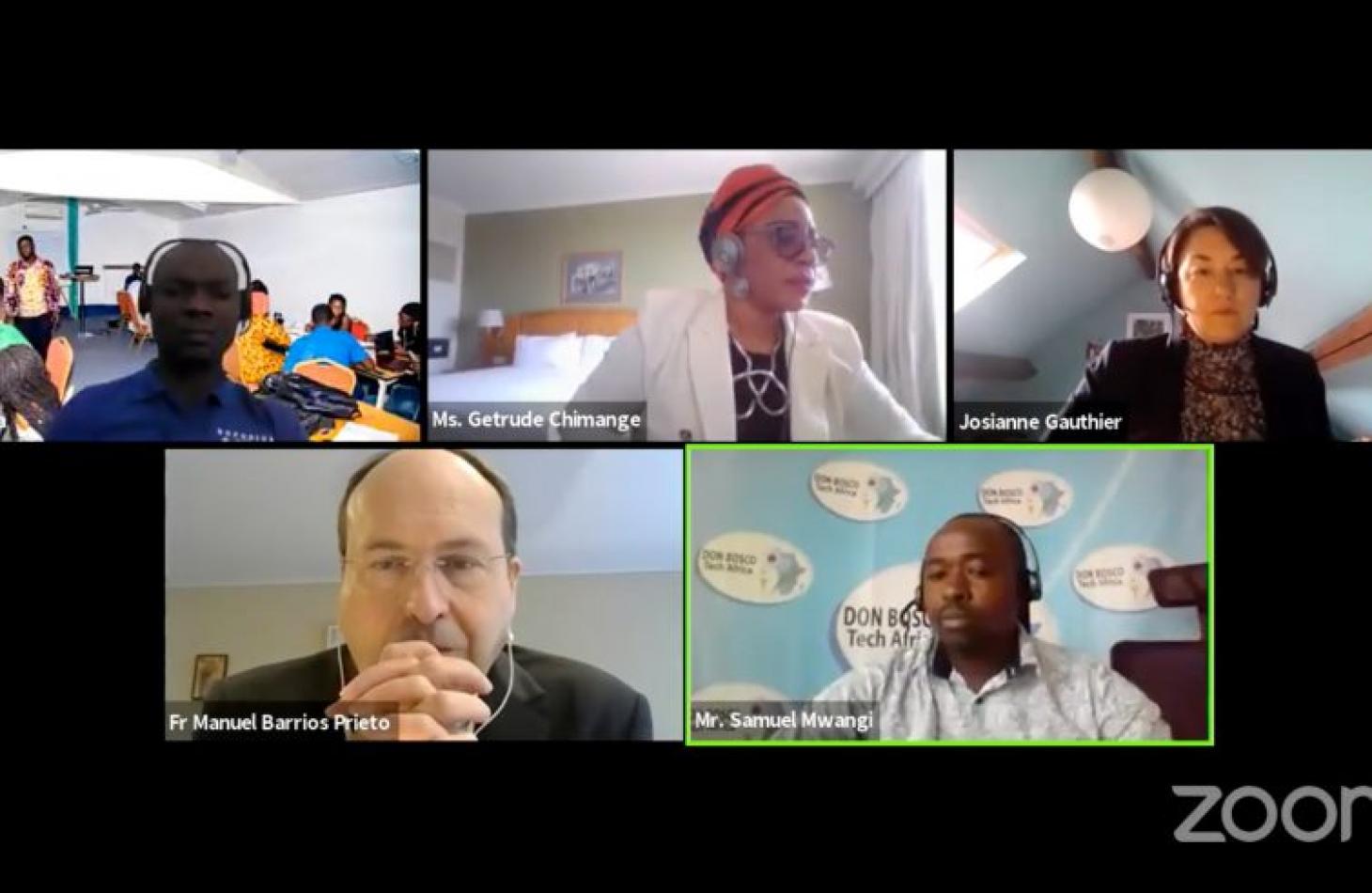 Friday, October 16, 2020
Liberia, Zimbabwe, South Sudan, Central African Republic, Kenya and Nigeria. The voice of Africa reverberated in the heart of Europe thanks to an online seminar promoted by COMECE that brought together representatives of associations and movements who shared their experiences on the ground with EU policy-makers. A focused debate centred on the efforts of civil society and the Church to support projects aimed at fostering and sustaining the "resilience" of the local population confronted with challenges such as civil wars, natural disasters, climate change, migration and political crises.

Stories of men and women devoted to healing the suffering caused by wars, natural disasters, political crises. But there is also the life of a young land, rich in resources and possibilities, awaiting the occasion to develop to their fullest potential and share it with the world. Africa appeals to Europe and Europe responds. These themes were addressed in the webinar held yesterday in Brussels on the initiative of COMECE, titled: “Fostering human security and resilience in the future EU-Africa partnership: the role of local communities.” Representatives of organizations actively engaged at local level, such as the Community of Sant’Egidio, Cidse, Don Bosco International, Caritas Europa, AEFJN and Jesuit Refugee Service, took the floor addressing an audience composed of members of the European Parliament. All participants concurred that after the epoch of colonialism and the pressure of economic exploitation that is still in progress, a lasting partnership should be established between the two sides of the Mediterranean, and above all “between equals – Father Manuel Barrios Prieto, Secretary General of COMECE, pointed out to SIR – thereby averting Europe’s  tendency to view Africa with an attitude of  superiority.”

“Europe owes a huge moral debt to Africa,” said Father Barrios, and it’s now time to repay it. These words are reflected also in the State of the Union address by the President of the European Commission Ursula von der Leyen on 16 September. She said that the creation of an enduring partnership “of equals” with Africa, is an absolute priority for the European Union, which in fact had scheduled a summit between the EU and the African Union past October, postponed to 2021 due to the Coronavirus. The same argument is sustained by the Catholic Episcopal Conferences of the EU (COMECE) and Africa (SECAM) which, in view of the Summit, submitted a comprehensive working document proposing lines of action in the area of human development, integral ecology, security and peace, migration and the role of religious communities.

“We propose – explained the Secretary General of the EU bishops – that this partnership be truly seen as a priority by the EU; individuals, populations and families should be at the centre; local actors should be equally involved, which includes Church-based organizations.”

Liberia, Zimbabwe, South Sudan, Central African Republic, Kenya and Nigeria. The voice of Africa resonated in the heart of Europe. During the webinar promoted by COMECE, representatives of organizations and movements shared their experiences on the ground with EU policy makers. Projects promoted in several countries and in different areas of intervention foster the “resilience” of the local population confronted with challenges such as civil wars, natural disasters, climate change, migration and political crises. For the past 15 years Liberia has been suffering from a civil war that left 250,000 dead and prevented reconciliation processes. Father McDonald Nah, director of the local Caritas, described the project “Connect for peace”, aimed at promoting social cohesion among people from different ethnic groups, helping them above all to change the “mentality of seeing their fellow other as an enemy.” From Zimbabwe, Gertrude Chimange, diocesan coordinator of the Justice and Peace Commission, reported on the efforts of the local Church to assist the local population hit by a hurricane in March 2019 that caused widespread destruction and casualties.

A dramatic story was shared by a young girl from the Iridimi refugee camp in South Sudan, where a major educational effort is underway for young people in this country afflicted by a civil war – which broke out on December 15, 2013 – that claimed the lives of tens of thousands of people, and resulted in the flight of 2.5 million people to refugee camps in neighbouring countries, with 2 million internally displaced persons. “My dream was to be a teacher,” says 24-year-old Nazikh Djido. “School is the only safe place, especially for girls.

From the Central African Republic, Prosper N’Douba, from the Community of Sant’Egidio, described the sensitive and challenging reconciliation process between the conflicting coalitions through inter-religious dialogue, notably between Muslim and Christian communities. But Africa is perhaps one of the continents that is most affected by climate change, causing small farmers to seek fertile lands elsewhere. The project to support a network of family farmers, promoted in Nigeria and described by Victoria Madedor, seeks to address this situation.

European policy makers who participated in the online debate promptly responded. Lukas Mandl, EPP (Austria) stressed the role of civil society and Churches, saying they are ” precious resources” with whom to “work together” in order to allow people to “remain on their land, without being forced to flee.” Mario Ronconi highlighted the “key role” of local communities in fostering resilience.

Without the contribution of civil society – he said – we cannot expect to develop positive dynamics aimed at healing the fragilities, often of a structural nature, that permeate the African continent.
[M. Chiara Biagioni - SIR]