Pilgrimage to mark 90 years of Comboni presence in South Africa 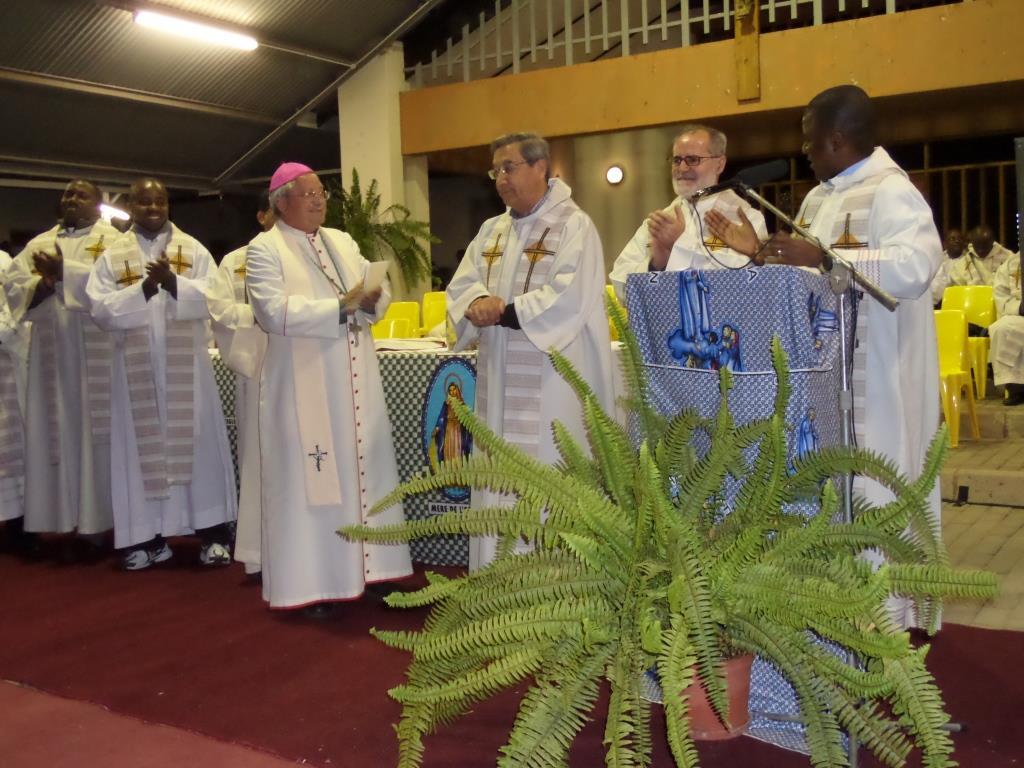 Saturday, September 13, 2014
A vigil of praise and thanksgiving drew parishioners, members of the Comboni Institutes and Comboni Friends together from all the parishes of the Diocese of Witbank and from other dioceses of South Africa in which we Comboni Missionaries are working to mark 90 years of our presence in South Africa and the 150th anniversary of the publication of Comboni’s Plan for the Regeneration of Africa.

The pilgrimage to the Mission
of “Maria Trost” or “Mary the Comforter”, thus named by the German Comboni pioneers after the Marian Shrine on the outskirts of Graz (Austria), had a profound symbolic and evocative meaning. This was the first mission established by this small group of Comboni Missionaries who, after having been expelled from the Sudan, arrived on 11 February 1924 in Maputo, then called Lorenzo Marques, in Mozambique, to embark on a new evangelizing mission in a foreign environment and hostile to the Catholic Church. They reached Lydenburg, South Africa where they planted their tent, on 20 March 1924.

The Vigil, which lasted through the whole night, was a moving celebration of unity in the diversity of languages, nationalities and cultures. The large audience of about 3000 pilgrims were introduced to the life of St. Daniel Comboni and his Plan. Some of the characteristics of catholicity dreamt of by the Founder and embodied in his Plan became visible as both the Comboni Missionaries and the priests of the Diocese were presented to the people. From being in the past a church that was receiving missionaries, Africa has itself grown into a missionary Church in the fullest sense of the word, sending out missionaries. This was further corroborated by three South African confreres who shared the experience of their missionary service in Zambia, Chad and Colombia.

A climax of the Vigil was the Eucharist presided over by the local Ordinary of Witbank, Bishop Joseph Sandri Mccj. Fr. Jeremias, the provincial of the Mccj in South Africa, while expressing a deeply felt gratitude for God’s presence amidst the pilgrim people, elaborated on two important dimensions of missionary activity: being one in Christ’s name with its expression by a style of life in line with Comboni’s Plan, a life of sharing in the missionary work through prayer and in outreach to “the poorest and most abandoned”, in mutual respect, in offering and receiving encouragement and fraternal correction. Referring to Pope Francis’ Evangelii Gaudium he invited the assembly never to forget the Marian dimension of mission but to look at Mary, present at the side of Jesus, as model of evangelization. Her presence among God’s pilgrim people was much felt during the candle light procession in the dark of the night carrying the statue of Our Lady of Lourdes to whom the Mission Church in the diocese of Witbank is dedicated.

The motto of the Celebration “Belonging to Christ, Committed to Mission”, drawn from Pope Francis’ message found in Evangelii Gaudium, was most appropriate for this Pilgrimage Celebration of faith. We pray that it may inspire many men and women to be open to the breath of the Spirit and to allow themselves to be moulded by Him into holy, capable and available missionary disciples after the model of St. Daniel Comboni.