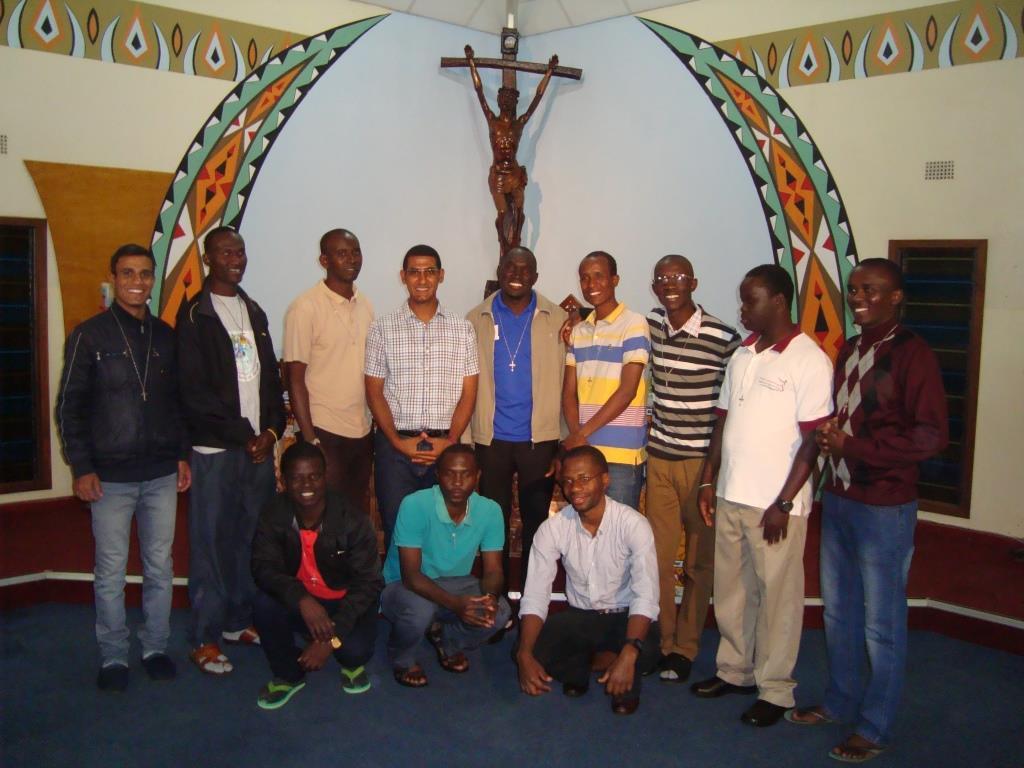 Saturday, May 20, 2017
The 6th May 2017 was a great day for the comboni novitiate of Lusaka, Zambia. Twelve novices from 5 countries took their first vows: 4 from Kenya, 4 from Uganda, 2 from EGSD, 1 from Malawi and 1 from Ethiopia. One of them is a brother candidate from the hosting province. They have finished the novitiate and today they committed themselves to the Lord through the vows of poverty, chastity and obedience, in the Institute of the Comboni Missionaries.

The Chapel of the novitiate was small for the people who came to participate in the celebration: the provincial superiors of the novices, the Comboni missionaries, priests and brothers, present in Lusaka, the Comboni sisters, some priests friends of the novices, many friends and relatives. The mass was animated by the choir of St. Kizito, a Comboni parish in Lusaka. They gave a joyful and prayerful tune to the whole celebration.

It was beautiful to participate in the celebration and in silence listening to the formulas of the vows, simple and at the same time deep in their theological meaning. One by one, before their respective provincial superior, the novices took their vows and entered officially the Comboni family.

Bro. Alberto Lamana and Fr. Jeremias, assistants general, were present in the celebration. Fr. Jeremias presided over the Eucharist. In his homily, he underlined the centrality of Christ and the personal encounter with him as the only reason for our consecration. Thus, the need of keeping always our eyes fixed in the Pierced Heart of the Good Shepherd not to lose track of the meaning of the Comboni Missionary consecration.  Bro. Alberto addressed the novices with some hints about the richness of our institute, present in so many countries in the world and made up of a big variety of languages, cultures and nations.

At the end of the mass, Fr. Edward Kanyike spoke on behalf of the provincials, one novice addressed the assembly on behalf of the newly professed and Fr. Dawit W. Teklewold, the novice master, announced to the assembly the places where the newly professed were appointed to continue with their formation: Pietermaritzburg, SA (2), Bogota, Colombia (1), Sao Paulo, Brazil (2), Nairobi, Kenya (2), Lima, Peru (4) and Napoli, Italy (1). After some holidays at home with their own families they will start moving to their new destination.