Chistmas in Ethiopia: A Day of Joy 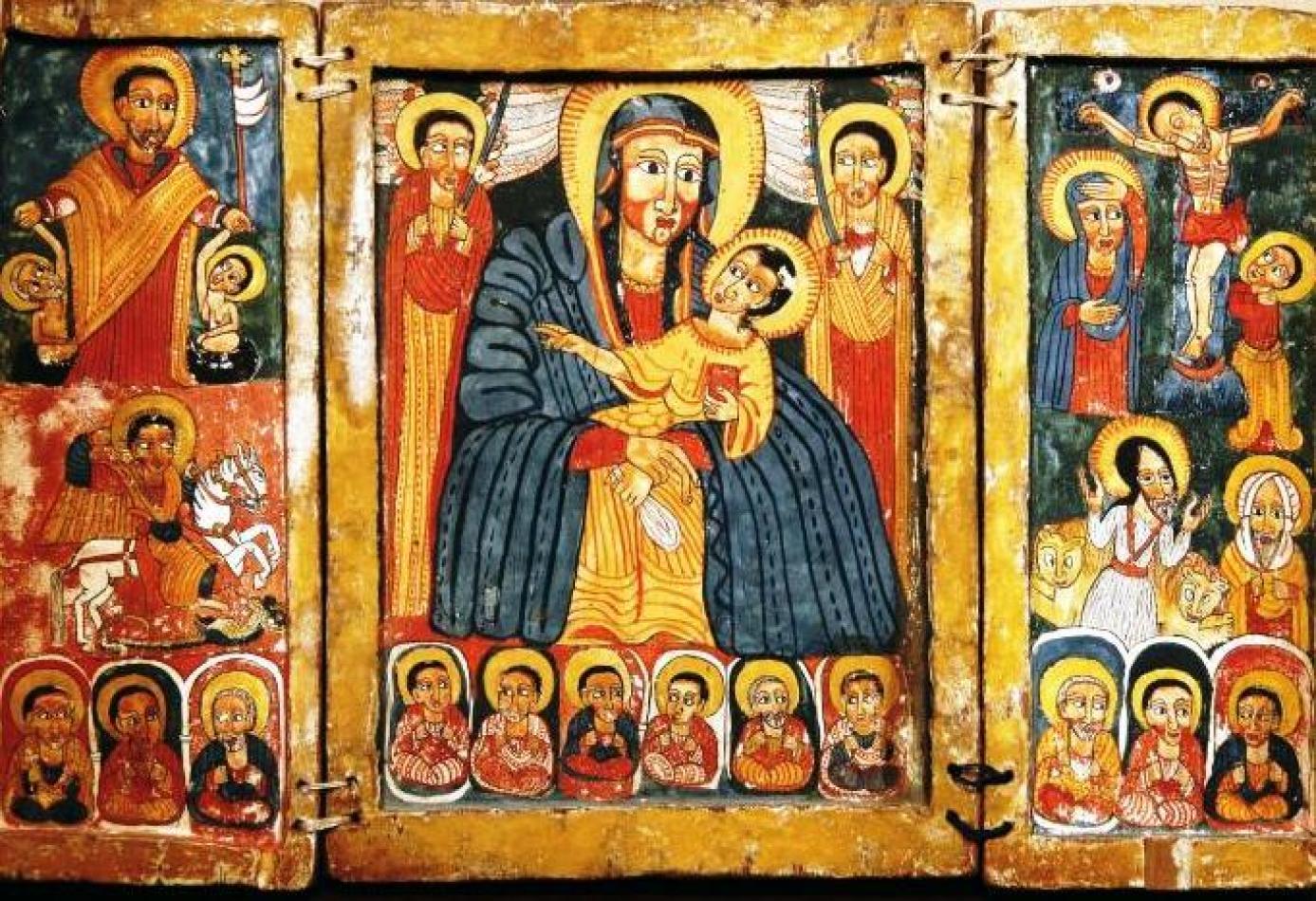 If we compare the popularity and attractiveness of the festivities that are celebrated ‘outdoors’, the Timket (Baptism of the Lord) or the Meskel (Discovery of the Holy Cross) with Christmas and even with Easter, it would seem that the latter would have secondary importance in Ethiopia compared to the former. While the Timket or the Meskel are celebrated in the open air and around them a series of family ties that make them particularly endearing have developed, not so much around Christmas or Easter, which retain a more contained and austere profile.

However, liturgically speaking, Christmas and Easter are the centre of the two great cycles that cover the Christian year. Of them, the Paschal cycle is the oldest and most consistent, while the Christmas cycle was formed later. Besides the birth of Jesus, the Christmas cycle includes the feast of the Baptism in the Jordan, which is also called the Epiphany.

The Christmas cycle begins with a long period of fasting, corresponding to Advent in the Latin rite. It begins around November 15 (Hedar 6 in the Ethiopian calendar) and is divided into two parts. The first is called Astemihiro or ‘Supplication’ and covers 4 Sundays. The main theme is the exhortation to observe the commandments as a way to life. The second part, called Zemene Sebket or ‘Time of Preaching’, begins between December 16 or 22 and includes three Sundays, concluding on the evening of January 6, the vigil of the celebration of Christmas. The ‘preaching’ refers above all to the announcement that the prophets make of the coming of the Messiah. Hence, this sub-period also receives the name of Tsome Nebiat or ‘Fasting of the Prophets’.

The word ‘fasting’ or Tsom in the Ethiopian tradition includes also what in the West is called ‘abstinence’. Fasting consists in not eating or drinking anything from the night before until three in the afternoon, the moment in which the celebration of the Eucharist is supposed to conclude. The observance of abstinence requires not to eat meat or milk or eggs or any animal fat during the entire period of the tsom. There was some doubt whether fish broke the abstinence or not, so there was a certain tolerance about its consumption, but the doubt was settled by a decree of Patriarch Paulos in 1993 in which it was declared that fish also broke the abstinence and, therefore, it was forbidden.

The feast of Christmas or Ledet (the Birth of Jesus) is invariably celebrated on January 7 (28 or 29 of Tahsas in the Ethiopian calendar). It begins on the previous evening with the Wazema or ‘Vespers’, a combination of songs and readings, performed by the professional Debteras or Singers. It is followed by the solemn celebration of the Eucharist, which starts at midnight and concludes around 4 in the morning. After Mass, and already at home, the ‘dinner’ that breaks the long seven-week fast takes place. This is a ‘strong’ moment of family life and every household, no matter how modest, will try not to miss a bit of meat. In the villages throughout the nation, it is common for several families to gather and sacrifice an animal to eat it together or to share the meat, which they will take home.

Christmas day is never a day of fasting, even if it falls on Wednesday or Friday, days when fasting is obligatory throughout the rest of the year. It is a day of joy because of the wonder that God has come to share our human nature in the bosom of the Virgin Mary, a creature like us.

The period that goes from January 7 to 18 is called Nazret Hetsanat or period of ‘the Growth of Jesus in Nazareth’ and takes us until the vigil of the Timket or ‘Baptism of the Lord’. This is also an invariable feast in the calendar and is celebrated on the 19th January (11 of Terr in the Ethiopian calendar). January 18 receives the name of Gehad or ‘Manifestation’. That day the procession of the Tabot takes place in the afternoon, that is, a copy of the Tablets of the Law that is kept in the innermost part of each church, the Holy of Holies. It is taken out and carried in the middle of songs and dances to a place where a tent has been set up and where it will pass the night. This procession is already part of the festival of the Timket, which, as has already been said above, is one of the two most colorful festivals of the year and which deserves a separate description.

The Christmas and Epiphany season is not yet closed with the Timket festival. It continues for a few more weeks because, if until his baptism Jesus made himself known to only a few, after the baptism he will manifest himself as God and as a man to the multitudes. This new period is called Zemene Timket we-Astereyo or ‘Period of Baptism and Epiphany’. It has a duration of several weeks, which varies every year. With its conclusion, which will happen no sooner than the 8th of February and no later than the 14th of March, the Christmas period is also finally concluded to then enter the Easter cycle with another long period of fasting which corresponds to the Latin season of Lent.
(Juan González Núñez)