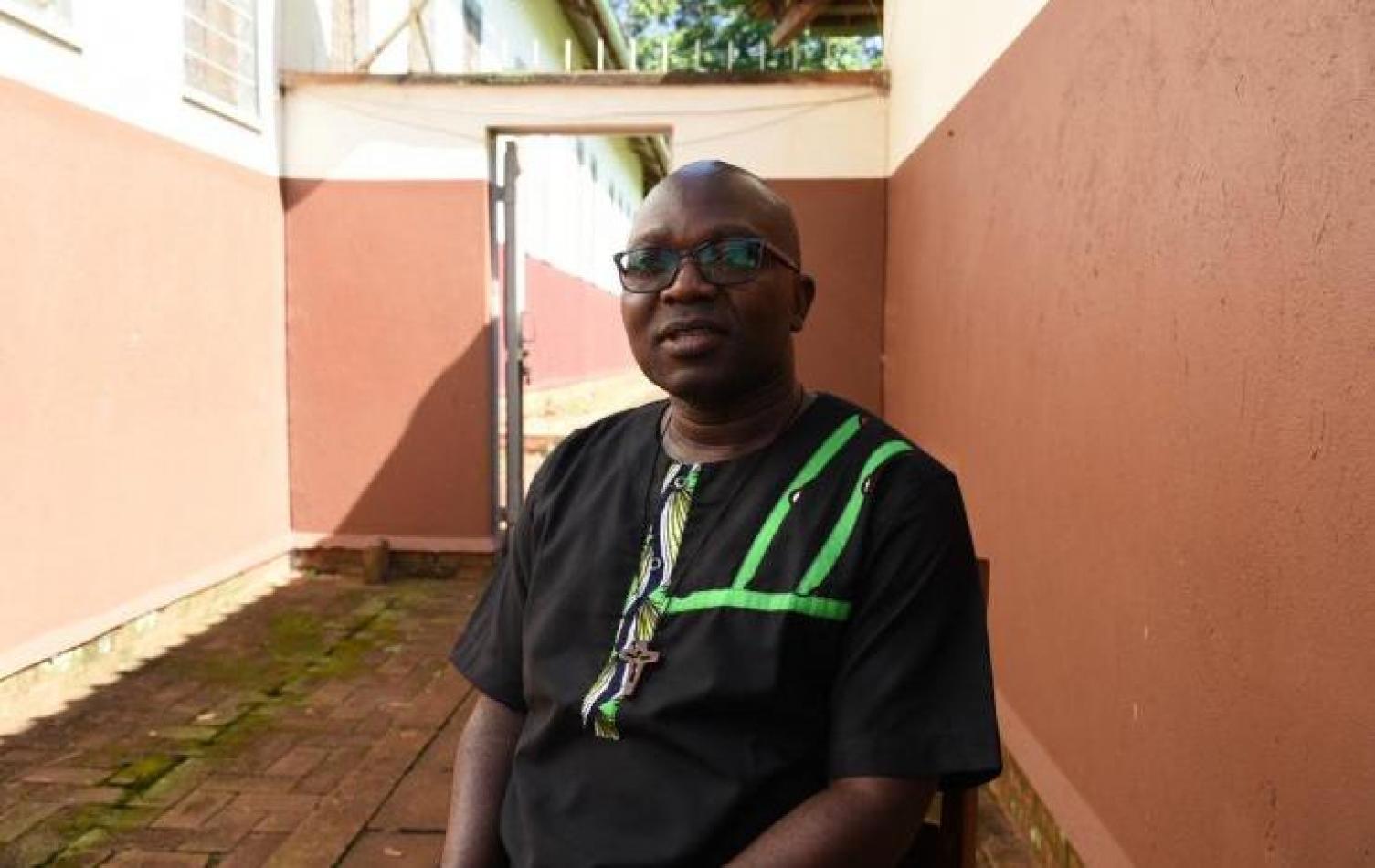 Saturday, September 25, 2021
He wanted to be a lawyer, but he was enticed by his love for the guitar. And finally, to be a priest and missionary. Fr Benedict from Zambia shares his missionary journey with us.
[Comboni Missionaries]

“When I was growing up, my intention was to become a lawyer because lawyers have lots of money,” said Fr Benedict Chola. His journey to priesthood started on Mission Sunday of 2003 when he expressed interest in learning how to play the guitar after his senior six. It was on this day that he met a Comboni Missionary who had animated Mass at his Parish of Holy Saviour Parish, Kafue. After mass, the missionary played the guitar which impressed Benedict, it was his chance to learn how to play the guitar he told himself.

He later approached the priest and requested he teaches him to play the instrument. The Comboni missionary did not refuse but instead told him that if he wanted to learn how to play the guitar, he should join a group of boys whom he later came to know were aspirants preparing to become Comboni missionaries.

Benedict accepted and immediately joined the boys who would meet at the missionary for lessons on St Daniel Comboni and all they needed to know about Comboni Missionaries. After two months, they did exams which he passed. He was selected to join the Postulancy in Malawi from 2006 to 2009; in 2009 he was admitted to the novitiate in Zambia until 2011.

Since his dream of becoming a lawyer had not died, he thought he would go to Malawi for a few months and return to Zambia for the Christmas holidays which he would postpone and not go back to Malawi but instead, go and pursue his dream.

Unfortunately, that year all Zambians were not allowed to go home and his plan of joining the university to study law failed. He decided to cut his losses and go on to the Postulancy the following year. After a semester at the Postulancy, they broke off for a long holiday and he returned home. Two weeks into his holiday, his attitude on the path he had chosen started to change when people called him father and asked when he would return to seminary.

It was then that Benedict realised that God wanted him to work in his vineyard. When he talked to his Parish Priest and told him about his intention of joining the Comboni missionary; the Priest was amazed by his decision and wondered if he could endure the life of a Comboni missionary because according to him, their life was a tough one and needed the strong-willed.

During his journey, Benedict says his experience at the Postulancy was hard. His toughest experience was at the William Nyadru Novitiate in Lusaka from 2009 to 2010. That was a time of transformation and change. He said he packed his bags three times hoping the Novice master would tell him to leave but that did not happen.

After that, his life changed for the better, from being a young man full of ideas to a young man full of priorities. This point in his formation was a time for concretising what St Daniel Comboni was, and his missionary work meant; he learnt a lot about Comboni and the Comboni missionaries. He added that his formators helped him realise the beauty of missionary life.

On May 21st, 2011, he took his first vows in Lusaka. It was a happy day despite all the challenges he went through during formation as he knew he was nearing his destination. He also described it as a day of relief.

Benedict was sent to the scholasticate in Nairobi. He was not happy to remain in Africa since six of his Zambian colleagues were sent outside Africa and he was the only one in Africa. He decided that he was going to Nairobi for a tour and true to his word his life was that of a tourist in Nairobi.

After a chat with his formator, he decided to put his life in order. He changed his life and decided to make a good experience out of his stay in Nairobi.  The formator told him that he would make a good missionary and priest. In 2012, he was sent to Ombachi Parish in Arua for his first experience. He notes that it was a nice experience and he loved it there, but he loved the idea of coming to Uganda more since he had always wanted to visit Namugongo Martyrs shrine.

He knew one of his dreams was about to come true. What made his trip and experience in Ombachi so memorable was the fact that he had realised why he wanted to become a missionary. While in Nairobi, his life had changed so he had no worries.

In January 2015, he returned to Uganda for his missionary experience in Ombachi. While there, two Comboni Missionaries helped him to settle into community life and also understand the value of prayer. He added that the priests challenged him to learn Lugbara since they were from Europe and could speak very good Lugbara so, it shouldn’t be hard for a Zambian to learn the language.

On 30th April 2016, he took his final vows at Namugongo and on May 8, 2016, he was ordained deacon in Arua by Bishop Sabino Odoki. On 22nd October 2016, Benedict was ordained priest in his home Parish of the Holy Saviour in Kafue, Zambia.

In 2017 Fr Benedict returned to Uganda as a priest with his first assignment in Ombachi Parish Arua diocese. In 2018, he received his second assignment to go to the Philosophy Centre Jinja as a formator. Halfway through this year, Fr Benedict was appointed the new Vocations Director for Comboni Missionaries Uganda.

He noted that when he returned to Uganda in 2017, he looked at his journey to the priesthood and his perception of it, concluding that it meant, as Isaiah 40:1 says: ‘Console my people, console them’ says your God. He added that he is still a lawyer though in church.
[Comboni Missionaries]