Archbishop Tesfamariam, mccj, to Kenyans: “We will pray that your elections go smoothly” 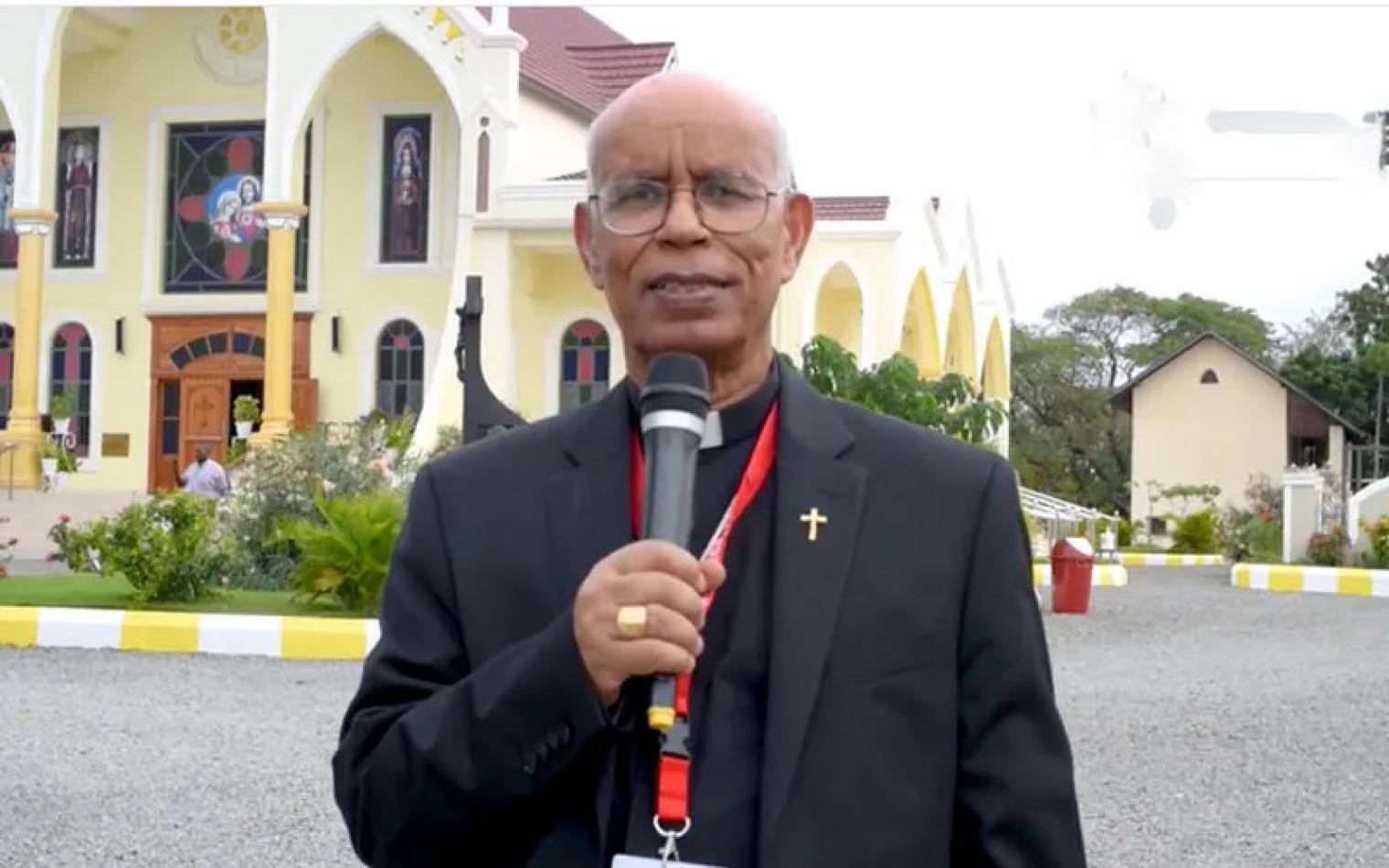 Sunday, August 7, 2022
The Catholic Archbishop of the Asmara in Eritrea has expressed his prayerful solidarity with the people of God in Kenya ahead of the general elections scheduled for August 9. [In the picture: Archbishop Mengisteab Tesfamariam, Comboni missionary. Credit: Courtesy Photo. ACI Africa]

In a video recording that the Kenya Catholic Media Network published on Facebook Tuesday, August 2, Archbishop Mengisteab Tesfamariam shares his best wishes for Kenyans and says “fair elections” provide an occasion for “good governance”. “I want to assure you that we will pray on that day and afterwards that the elections go smoothly and that they are fair and the voice of the people is listened to,” Archbishop Tesfamariam says in the video recorded on the sidelines of the 20th Plenary Assembly of the Association of Member Episcopal Conferences in Eastern Africa (AMECEA) in Dar es Salaam, Tanzania, that concluded with Holy Mass on July 17. Archbishop Tesfamariam adds, “Elections are moments or opportunities given to us to express our wish so that we may have good governance... Fair elections bring good governance,” the member of the  Comboni Missionaries of the Heart of Jesus (MCCJ) further says.

Kenyan eligible voters are expected to vote for their President, Governors, Senators, Women representatives, Members of Parliament (MPs), and Members of County Assemblies (MCAs) on August 9. Faith leaders in Kenya have expressed their prayers for credible elections. In a Wednesday, August 3 message during the joint prayer meeting that the Kenya Conference of Catholic Bishops (KCCB) and National Council of Churches of Kenya (NCCK) organized with the Independent Electoral and Boundaries Commission (IEBC), religious leaders in Kenya urged the electoral body to “seal any loopholes” that would discredit the poll process.

“We strongly encourage you and the entire team to take the measures necessary to seal any loopholes that could lead to questioning of the credibility of the elections,” the representatives of religious leaders in Kenya said in the message that was read out by Bishop John Oballa Owaa of the Catholic Diocese of Ngong. On their part, Catholic Bishops in Kenya have urged political candidates in the East African country to prepare their respective supporters to accept the outcome of the poll.

“Candidates have to play their civic role by deliberate strategies that assure their supporters that whatever the outcome, life must continue,” Catholic Bishops in Kenya said in their July 31 message that was read out by Archbishop Anthony Muheria of Nyeri Archdiocese.

“Dear Kenyans, the election contest cannot be a do or die. We know all the candidates cannot emerge winners. For every elective seat, there will be only one winner,” they further said, and added, “We urge modesty and respect for those who emerge winners. Please do so with some humility. Those who lose should equally concede graciously without causing chaos. Unmeasured celebrations or mayhem do not advance the democratic space we are enjoying.”