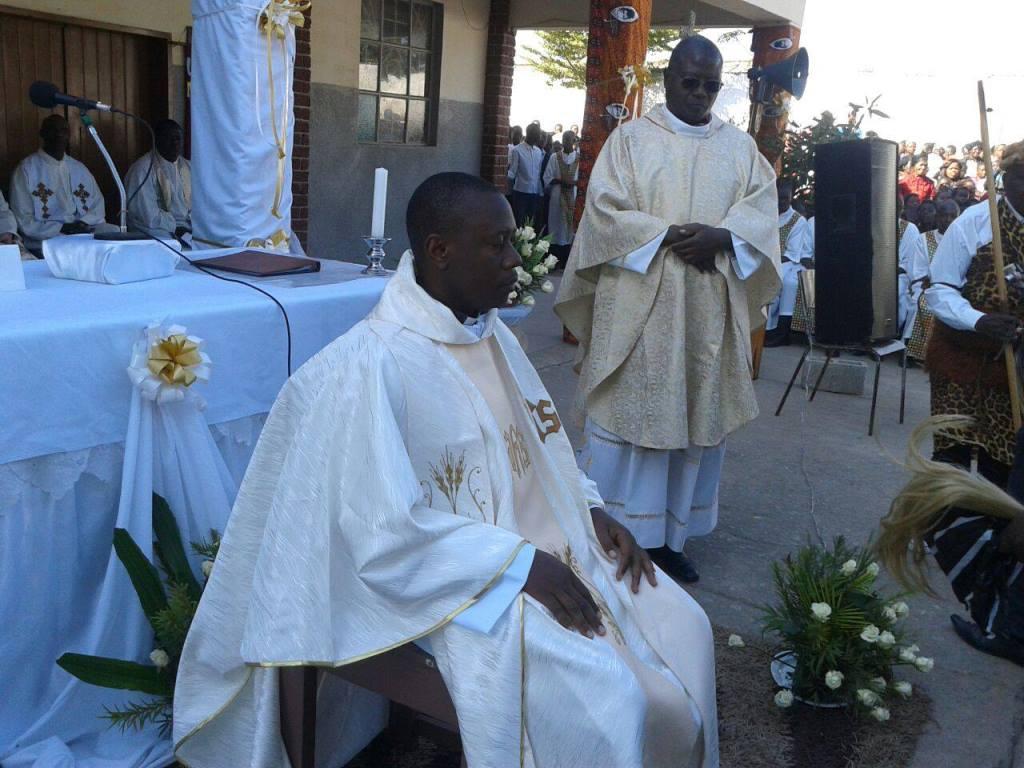 Monday, May 30, 2016
On Saturday, May 28, in the cathedral of Lusaka, Zambia, 34 year old Comboni deacon Mweshi Collins was ordained a priest by Archbishop Telesphore George Mpundu of Lusaka. On Sunday he celebrated his first Mass in his parish of origin. Several confreres, including the provincial superior of Malawi/Zambia, Fr. Edward Kanyike Mayanja, were present. Since 2014 Collins had worked in the Comboni parish of Msamba in Lilongwe, Malawi, to accomplish his missionary experience. After a time of vacation with his family, he will go to Uganda where he has been assigned to his first experience as a missionary priest.

Archbishop Telesphore G. Mpundu
of Lusaka (Zambia)
during the ordination.

The scholastic Justin Ndhlovu writes: “Yesterday, May 28, was a day of great joy for the local Church of the archdiocese of Lusaka and for the Comboni Malawi/Zambia province. Ten deacons were ordained to the priesthood: six diocesan, to Franciscan Capuchin, one Missionary of St. Patrick and a Comboni Missionary, Mweshi Collins Sampa. Our confrere was accompanied by many members of his native parish and by about one hundred members of our parish of Msamba, Malawi, where Collins did his missionary service.”

Fr. Mweshi Collins Sempa was born in Lusaka, Zambia’s capital, on June 14, 1982. He studied philosophy in Balaka, Malawi, attended the novitiate of Namugongo, Uganda, after which he made his first profession in the Institute of the Comboni Missionaries on May 1, 2010. From 2010 to 2014 he studied theology at the scholasticate of Cape Coast, Ghana. On July 10, 2015 he made his perpetual profession and was ordained a deacon on August 22 of that same year.

Fr. Mweshi Collins Sampa in the cathedral of Lusaka.

On Sunday, May 29, Collins celebrated his first Mass in his parish of origin.
Several confreres were present [in the picture].