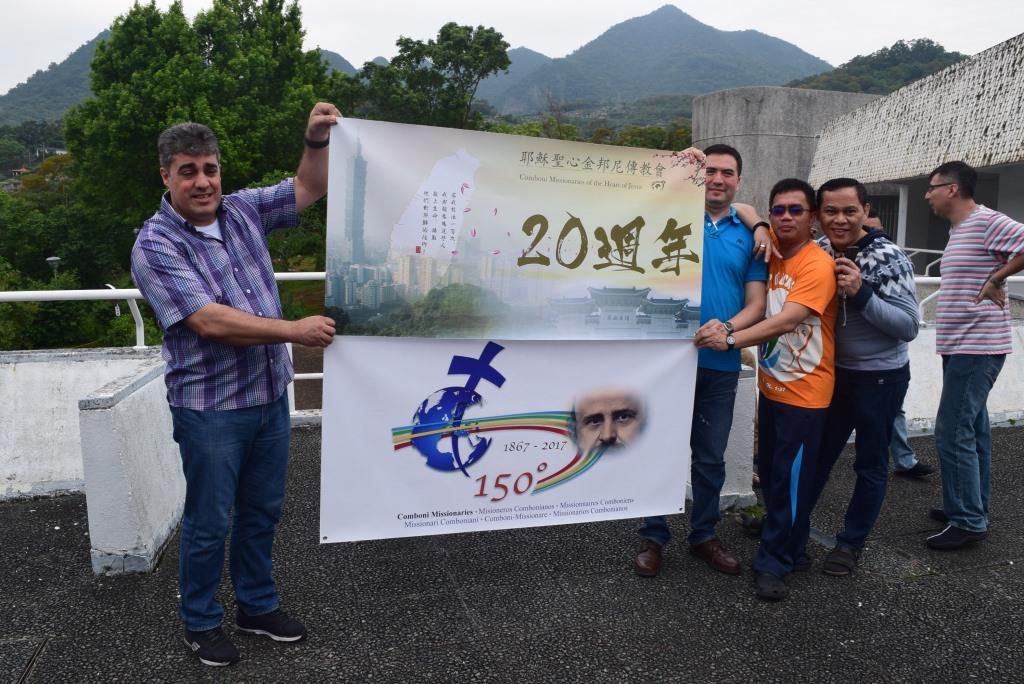 Monday, May 22, 2017
The Asia Delegation Assembly took place from May 8 to 13 and for the first time in Taiwan, as if to span the size of our Asian reality. Twice before it was held in Macau (2001 and 2011) and all the other years in the Philippines. The past was analyzed by means of the reports of the different sectors: Evangelization, Formation, Vocation and Mission Promotion. The relative smallness of our Comboni group (around twenty members) always contrasts with the relevant amount of quality work done: a reason for continuous gratitude and appreciation. The future was represented by the Six Years Plan that was finalized in the Assembly itself. But the best experience was the joy of the present: the communion, the brotherhood and the enthusiasm of being together once again. The present challenges of our Asian mission were illustrated to us by Fr. Willie, CICM, a missionary with a long experience of the Chinese world.

The 2017 Asia Delegation Assembly however was especially marked by the celebration of the 20th Anniversary of the arrival of the Comboni Missionaries in Taipei, Taiwan (1997) and the 25th anniversary of the starting of their presence in Macau (1992). It was nice to watch the photos of the beginnings in both places and since most of the beginners are still with us, to see the freshness of their youth and compare it with the lines that the time has signed on their faces.

Twenty or twenty-five years have passed and they are still young but now accomplished missionaries and full of experience. The real celebration of the two anniversaries will obviously be in the two different places with their parishioners. The short permanence in Taipei was crowned by an interesting outing to see the historical and nature places. The 2017 Assembly is over, but the mission continues.