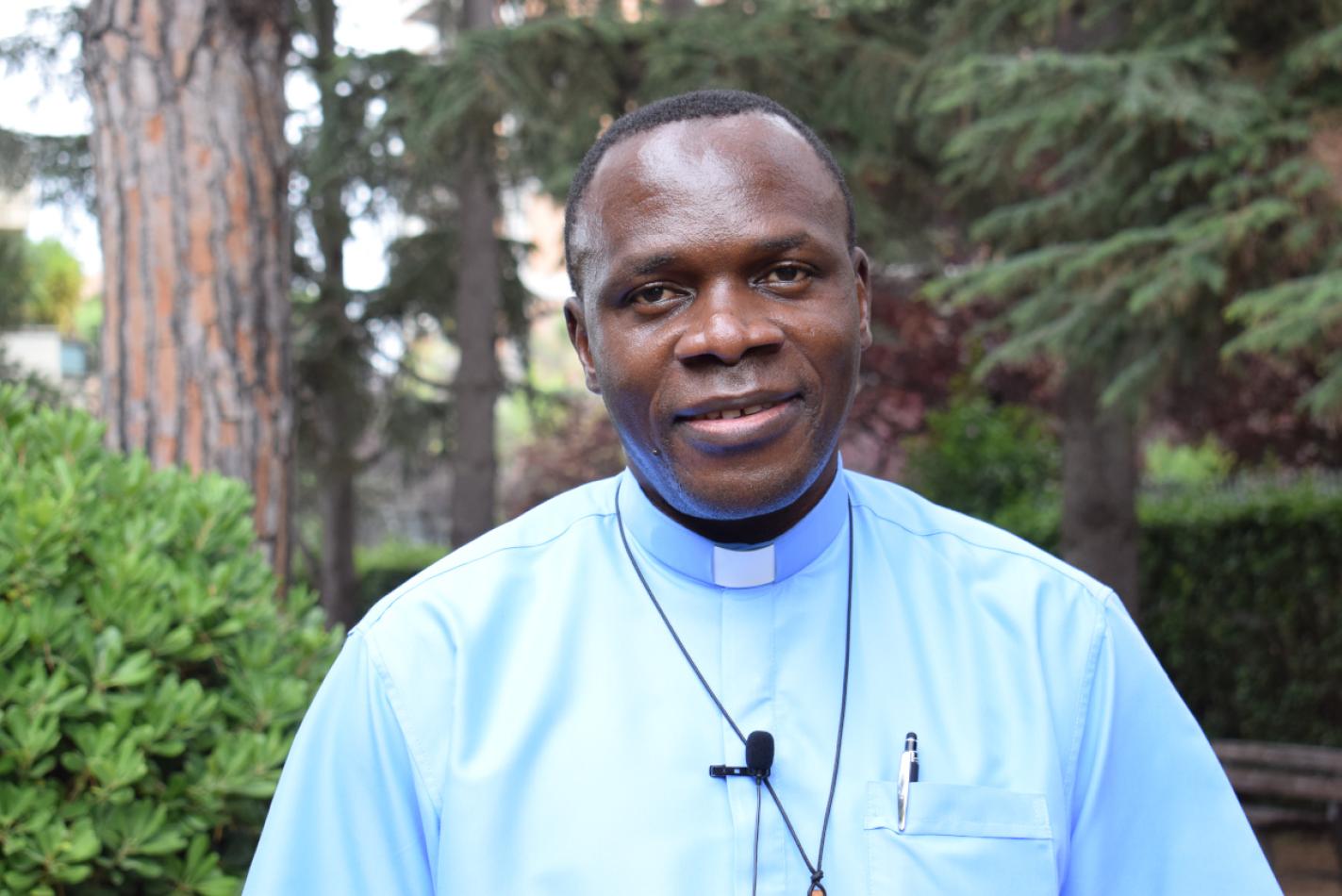 Monday, July 1, 2019
His dream was to become a Priest so that the people of his village could have Eucharistic celebrations every Sunday. Fr. Kibira Anthony Kimbowa tells us his story.

He kept this dream a secret until one day when he confided in his Catechist and parents about it. After hearing their son’s confession, his parents were very supportive of him and encouraged him to follow his dream. He needed to go to the seminary. He discussed it with his parents and they were willing to help him achieve his dream, his father sacrificed so much including selling part of his land to enrol his son into the minor seminary at Bukalasa in 1989 to 1995.

While doing his Advanced level still at the Minor seminary, he landed on a Leadership Magazine which had an article about a Ugandan Comboni missionary living and working in Ecuador, he loved the article so much and he developed a desire to become a missionary meaning the dream of being a diocesan Priest would soon be gone. “I was touched and inspired by an article I read in the Leadership Magazine in which a Ugandan Comboni Missionary shared his mission experience in Ecuador, from that moment, I desired to become a missionary, that article awakened the desire in me of becoming a missionary” commented Fr. Kibira.

“The experience the missionary got learning the language and teaching people in their language made me so happy, I talked to my Spiritual Director about it and he did  not take it serious until after my senior six that I got the contact of the Comboni Missionaries ” he added.

While doing is formation, Fr. Anthony learnt a number of things that have helped him identify himself with the kind of life he wanted, the regular prayer life, community life, academic formation and missionary apostolate. The one thing that he remembers is that the formation community was mixed with different tribes, and cultures; this helped him open up and embrace other cultures and accept them.

This lesson would one day help him during his missionary work. On 14th May 2000, he took his first religious vows. After which Fr. Anthony was admitted to study theology at Karl-Rahner Faculty of Theology at the University of Innsbruck in Austria which was a German speaking territory. In 2004, he was ordained a deacon in Austria. The following year, on August 6th, 2005, he was ordained priest in his home diocese at Kitovu Cathedral in Masaka.

His first mission assignment was in a German speaking Province (Germany, Austria and Northern Italy – Brixen) where he was put in charge of the youth ministry and vocation promotions. He did not find a problem with the language since he had done his theology studies,  at Karl-Rahner Faculty of Theology at the University of Innsbruck in Austria,which was a German speaking University.

Fr. Kibira has good memories he encountered with the people of Nuremberg (Bamberg diocese-Germany); he had the opportunity to have an introduction into the pastoral reality when he joined seminarians who were getting ready to become Deacons and they were being accompanied by a lay person. For him, this was an opportunity of knowing the reality of the local church, the world of the youth and of schools where he did his teaching practice.

Another memorable thing for him was in the “House of Solidarity “in Brixen. He says this was the initiative taken to accompany immigrants from Africa, Afghanistan, Iran and South America. He added that, that was the time he felt the joy of being able to realise the Comboni Charisma of being with the poorest and most abandoned. Fr. Kibira remembers initiating bible sharing groups for the youth that rotated in the deanery of Brixen.

Back to Uganda,  Fr Kibira has been appointed editor of Leadership Magazine. He believes that with his humble contribution to evangelisation, his presence at the media house which is a place for mission animation will be appreciated. The new editor wishes to be able to give some input towards the spiritual growth of the readers, he counts on the help of the collaborators of Leadership Magazine and readers.

Fr. Anthony says he has expectations and time will tell. He wishes to preserve the original intention of the magazine for formation of Christians and leaders with appreciation of Christian values and attitudes towards life and its dignity.
(Irene Lamunu – Comboni Missionaries)