Monday, July 22, 2019
On the 20th of July 2019, the small parish of St. Anne in Wugu District, New Taipei City, became the center of what the Archbishop of Taipei, Most Rev. John Hung Shan-Chuan, SVD, who presided the Eucharist, described as a 3-in-1 celebration. It marked the ordination to the deaconate of the Sc. Eduardo Antonio Revolledo Villanueva, which coincided with the parish feast and the installation of the new parish priest.

The ordination became a truly missionary celebration because it gathered people from the 4 continents where the Comboni Missionaries are present. Presided by the Taiwanese Archbishop of Taipei, it was concelebrated by 18 priests (8 MCCJs and 10 guests, both religious and diocesan) from Portugal, Italy, Poland, Austria, Peru, Mexico, Paraguay, Togo, Congo, Vietnam and the Philippines. Two more African brothers (one from Angola) still in formation were also present in the congregation. This has been for those present at the celebration a reminder of the universal character of the Church and its missionary endeavor.

It was attended by parishioners from the nearby parishes as well as by those parishes where the Comboni Missionaries have ministered to. Also in attendance were a group of 12 pilgrims from Vietnam who came together with their parish priest. A Vietnamese couple stood in for the parents of Sc. Eduardo who assisted him during the clothing of the dalmatic.

In the same celebration, the archbishop also installed Fr. Margarito Garrido III as the new parish priest of the St. Anne. He takes over the parish from Fr. Gerardo Oviedo who has been assigned to the community in Vietnam.

The day before on July 19th, for the perpetual vows of Sc. Eduardo, the representatives of the MCCJ communities in Macau, Vietnam and the Philippines joined the community of Taipei and a group of friends in a more intimate celebration of the Eucharist presided by Fr. David Domingues, Delegation Superior of Asia. In his homily during the Mass, Fr. Dave encouraged Sc. Eduardo to stay in love with God. He said that this love for God would then translate into concrete action through the sending out to and the love of mission.

Sc. Eduardo came to Asia for his missionary service after his theological studies in Nairobi. He spent the first 8 months in Vietnam learning the language and at the same time teaching English. In October 2018, he moved to the community in Taipei to continue his missionary service in a more pastoral setting since the MCCJs administer 2 parishes in the outskirts of the city. He has since been learning Mandarin at the language center of the Catholic university. 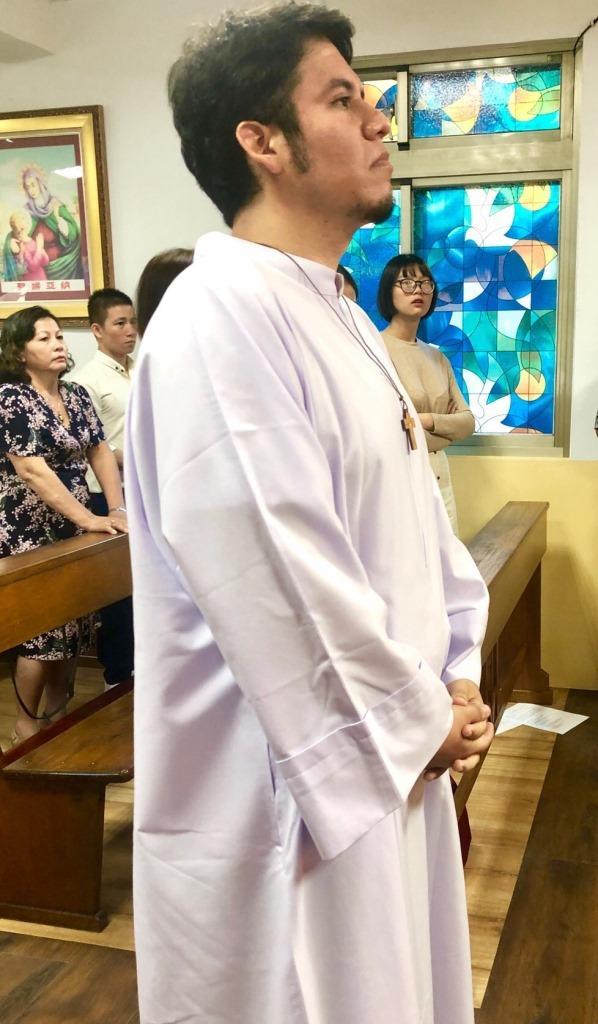