Christian Carlassare: Mission among the Nuer people in South Sudan 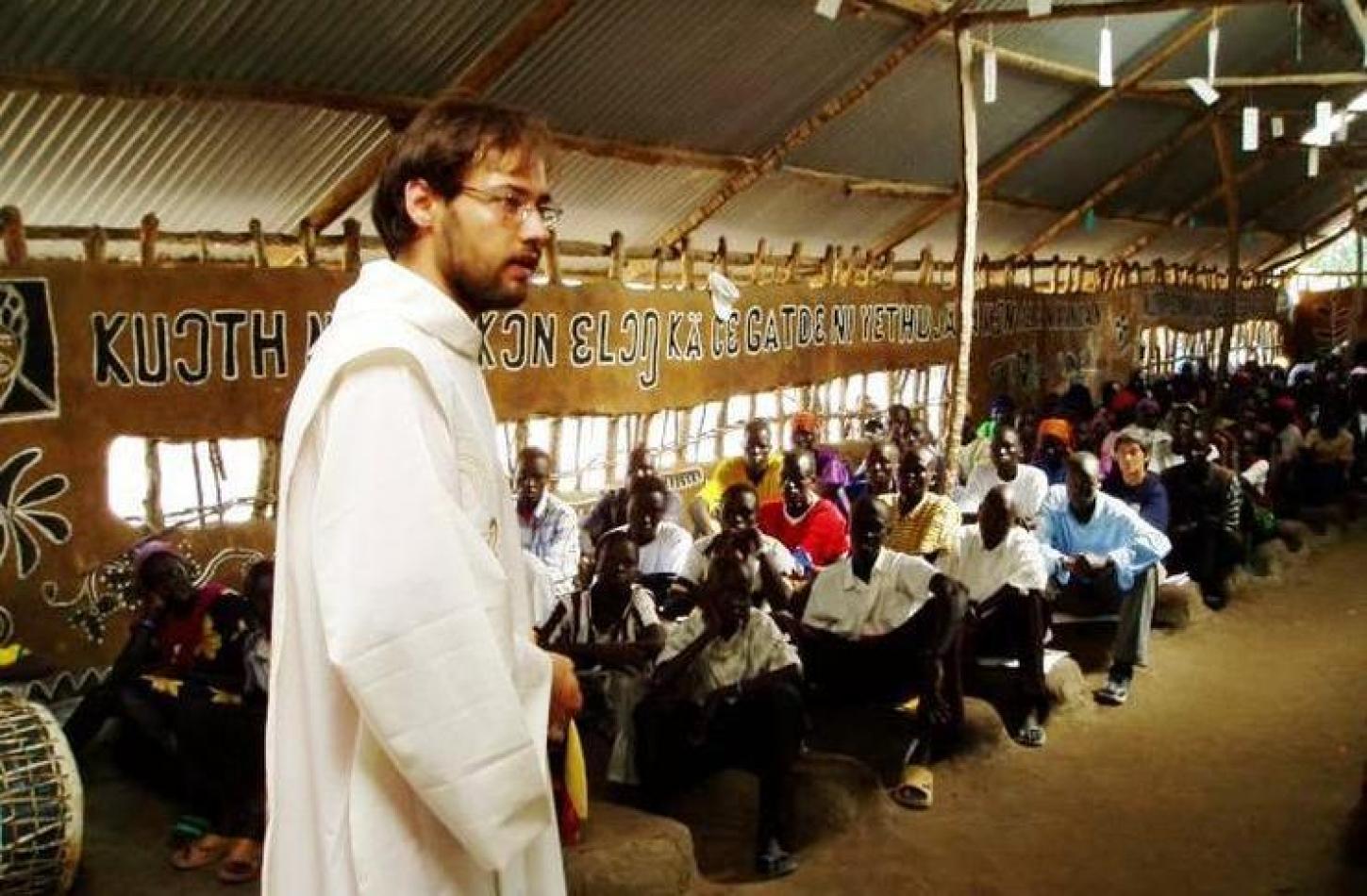 Thursday, July 23, 2020
Comboni Missionaries have been living with the Nuer people for almost twenty-five years. They have been entrusted with the pastoral care of Saint Joseph the Worker’s Parish in Leer, which is under the Diocese of Malakal. This parish comprises four counties: Leer, Mayiendit, Panyijiar and Koch all within Unity State. Their pastoral priorities: formation of leaders, education, youth and women.

The Nuer or Ney ti Naath, which is translated as ‘the people among peoples’, number approximately two million, are spread out in a federation of sections and clans in Unity State (Bentiu), in Jongley State (Fangak and Akobo) and in Upper Nile (Nassir). Their lifestyle has been adapted to the periodic flooding and dryness of the land.

The permanent villages and settlements of the rural Nuer have mud and thatched huts with larger buildings housing the cattle and other livestock, located above the maximum flood level, to which the Nuer return during the rainy season and where they plant their crops. A typical settlement includes several extended families and other compounds. Bricks or any other permanent material buildings are rarely to be found.

The Nuer way of life is based on the extended family in which a man is the head of the family. Their political organization is based on kinship, which consists of families and further sub-divisions by lineage and has no central form of government. At times the tribes organize themselves into loose federations. The lineages are a major structural factor for political order. The territorial groupings and lineage groupings are more closely aligned for some particular purposes.

The Nuer people mostly live in the swampy areas of the former Upper Nile Provincial region. The influence of the environment on the lifestyle of the Nuer is obvious. They are sedentary (although individual families live in solitary settlements) and agro-pastoralists who manage to balance subsistence agriculture with cattle herding and fishing. Their economy is based on livestock and crops production such as sorghum and a few other crops. However, some people have recently started doing business as merchants in the local markets.

The presence of the Catholic Church in Leer dates back to the eighties. Prior to that time, the whole area had been assigned by the British colonisers to the Protestants (American Protestant Mission) through the ‘Missionary Act’ that created the Mission Spheres (1905). This allowed the Presbyterians to be established all over and to form the Protestant mission territory until the establishment of the Catholic mission. In this context their Protestant/Presbyterian background still affects their life style a lot.

In 1993 the catechists who worked hard for the establishment of the Catholic Church in the Nuerland felt it was important to ask for the presence of priests among them. Two representatives went to Nairobi to ask for ordained ministers. As a result, in 1996 a first group of Comboni Missionaries (MCCJ) came to Leer and established the mission. Since then, this young Church has developed and grown stronger in faith and understanding of the Christian ethics. Some values were already part of the Nuer culture.

The area has suffered during times of conflict and people had to move away to seek safety. In 1998, missionaries had to abandon Leer and move with the people to Nyal after the attacks perpetuated by the militia of the late General Paolino Matip. Missionaries moved back to Leer in 2007. In 2014, Leer was attacked by government troops in an attempt to disperse opposition forces loyal to the opposition leaders Riek Machar. Missionaries were caught by surprise. They were attacked and had to run for their lives. They remained hidden for weeks in the swamps with the people before being evacuated by the UN. Then, the missionaries moved to Nyal where they continued to offer pastoral care to the population which was victim once again to conflict and violence.

Formation of the pastoral agents is a priority of our missionary endeavour among the Nuer. In 2004 the parish catechetical centre ‘James Duol Kai’ was inaugurated in Nyal with a nine-month programme for the preparation of new catechists. James Duol Kai was a pioneer Nuer catechist who died in a crossfire in 1994 during the war. The formative programme continued in Leer up to 2014. The parish counts over three hundred catechists and lay pastoral agents. In May 2020, the missionaries are resuming the programme in Leer to bring together the catechists in the main centre of the parish to witness the commitment of the Church for peace and reconciliation. Much violence occurred in Leer during the latest conflict.

The ‘formation of the catechists’ is the approach and applies the see-judge-act methodology. In communion with the objectives of the parish pastoral plan, the teaching programme covers the Bible, Liturgy, Sacraments, Catechesis, Church History, the Social Teaching of the Church and other relevant areas and topics according to specific needs.

Missionaries are mostly engaged in pastoral work as the vastness of the parish demands a lot of commitment to visit all centres, and they cover long distances on foot.

In Nyal missionaries collaborate with the local community primary school and secondary school. The Catholic Church was running a nursery school in Leer and supporting other village kindergartens. In Leer missionaries also promoted a Vocational Training Centre (VTC).

The VTC offered technical skills on agriculture and animal management. Besides this, the students also acquired a basic knowledge in Mathematics, English, CRE and Entrepreneurship. The centre was plundered and was closed in 2014. During its three years of activities, it contributed to the formation of hundreds of students. There is hope that the project will be taken up again once there is peace and security in the country.

The majority of people in our parish are young people. We are trying to offer pastoral support to teenagers through a systematic formative programme which includes the Bible, JPIC and other relevant youth issues.

The women’s ministry deals with the organised and non-organised women’s groups of the parish. It fosters women’s promotion through Christian formation (e.g. Bible study, shared prayer, etc.), education (basic literacy) and increasing their share in the decision-making process, considering their marginalization in the Nuer society. It also aims to help the women improve the quality of their life through practical skills (e.g. sewing and agriculture). The main challenges faced are illiteracy and consistent attendance, due to the many other commitments the women have.
(Christian Carlassare - Comboni Missionaries)