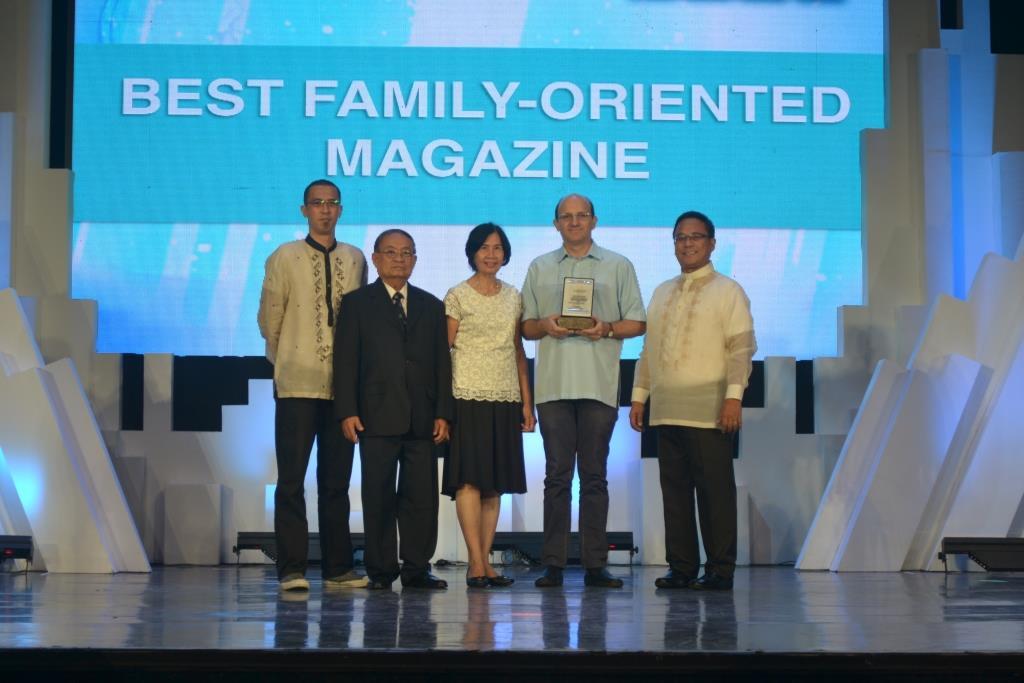 Wednesday, October 19, 2016
On 12 October took place the Catholic Mass Media Award Ceremony in Manila. World Mission Magazine was granted an Award for the best website, and two honorable citations, for the merits as Family Oriented Magazine and the short story “Tsunami of Forgiveness” by Fr. Lorenzo Carraro. We thank the Lord for this signs of encouragement to continue our work of Mission Promotion through World Mission Magazine and we share our joy with all the collaborators who made World Mission possible, from the production to the administration, circulation and promotion... and, naturally, with the subscribers and readers.

World Mission received three recognitions during the 38th Catholic Mass Media Awards (CMMA) Night on October 12. This year’s theme was “Communication and Mercy: A Fruitful Encounter,” based on Pope Francis’s message for World Communications Day. The magazine, published by the Comboni Missionaries in the Philippines, was awarded a trophy in the Best Website category and two special citations in two other categories: Best Family-Oriented Magazine and Best Short Story for “A tsunami of forgiveness,” written by Fr. Lorenzo Carraro, MCCJ.

The Catholic Mass Media Awards is the most prestigious award-giving body for media practitioners in the Philippines. Cardinal Jaime Sin instituted it in 1978 as a means to pay tribute to those who promote Christian and human values through radio, print media, advertising, television and film.