Brother Gaspar Andrés: “My work is my message” 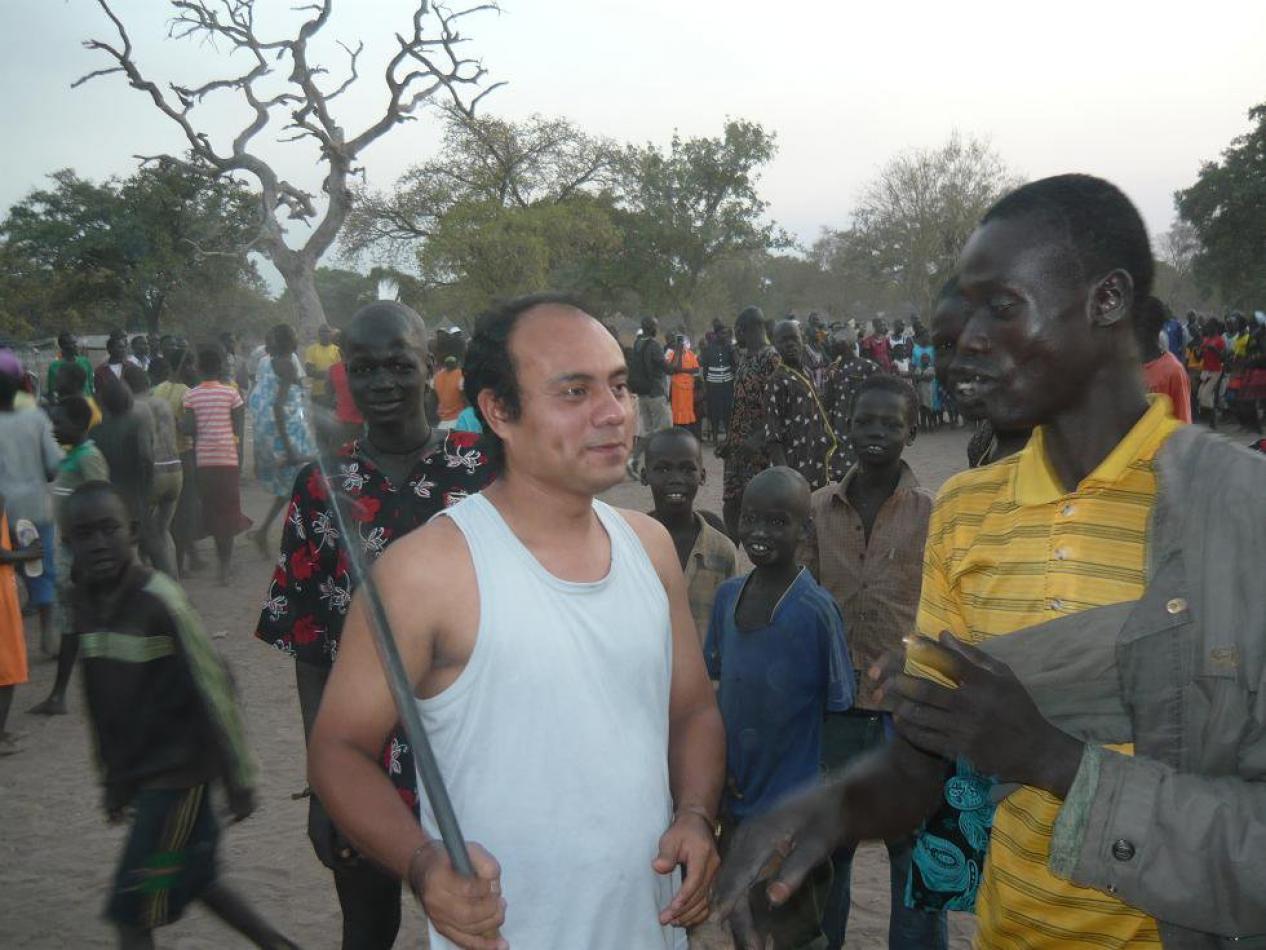 Wednesday, August 21, 2019
A ‘spiritual vacuum’ filled by granny’s tears. A parish youth group that offers peace and opens to others. And the decision to plunge into the sea of mission that offers unbelievable joy. A Comboni Missionary, Brother Gaspar Abarca Andrés tells us his story. 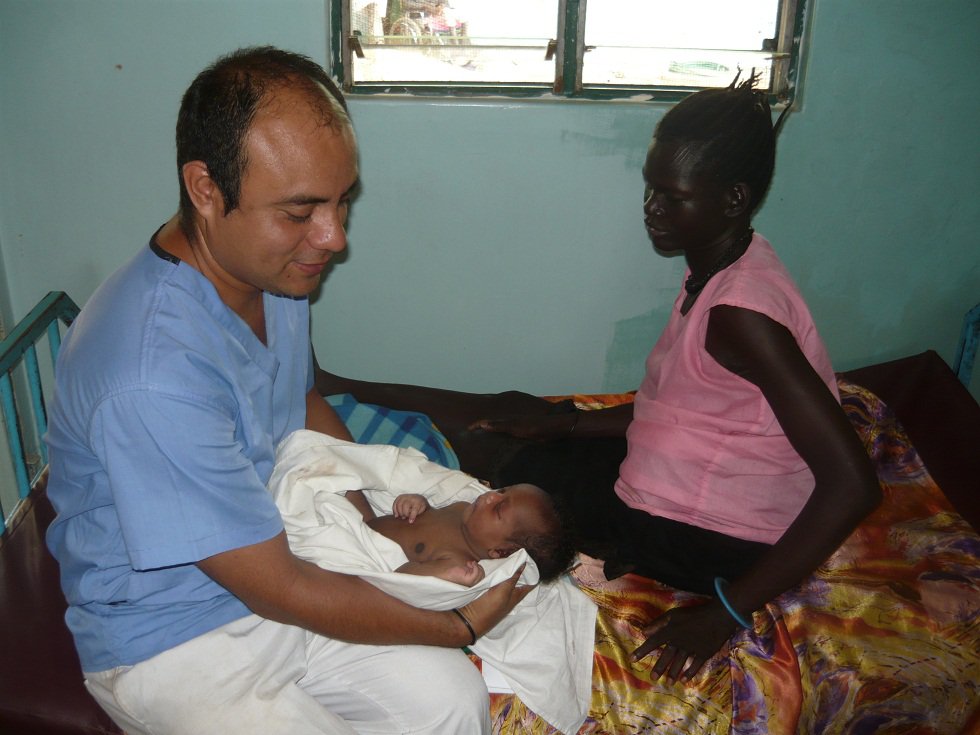 I was born in 1975 at Chilpancingo, the capital and second-largest city of the Mexican State of Guerrero, located in the south-western part of the country. My family was Catholic, but in name only. Not that my parents had problems with the Church they had been baptised in, but they did not have any sense of affiliation with it and cared little about living or practising even the basic teachings of their professed religion. Neither did they bother to pass on their faith to me and my brothers. They must have thought it was not worth the effort. I do not remember going to church for mass or any other celebration on Sunday as a child. In fact, I grew up in a spiritual vacuum that mum and dad had allowed to exist in our home.

Yet, nature abhors a vacuum. Unfilled spaces are unnatural, as they go against the laws of nature and physics. Soon, I would learn that this ‘law’ holds true also in the realm of religion and faith. When a person is in the throes of the emotional vacuum of dis-connectedness, they must feel that almost anything is better than the unnerving void of being spiritually alone.

At a certain point, one of my brothers must have experienced that sort of feeling, and, quite unexpectedly, began to attend meetings of Jehovah’s Witnesses. One day – I had just turned fifteen – he invited me to accompany him to religious service in a near-by Kingdom Hall. I went, but what I saw and heard did not impress me much. He insisted that I should go with him regularly. I did, but I never yielded my heart to any invitation I received to get more involved in the life and work of that Christian denomination. Something just did not click with them.

One day, coming back from the Kingdom Hall, I found my paternal grandmother in tears. I asked her: “What happened to you?” Looking straight into my eyes and trying to restrain her sobs, she said: “That is exactly the question I want to ask you: ‘What happened to you?’. I am very sad, son, and I cry because you and your brother are looking for something ‘outside’, when that very thing is near to you, ‘inside’ your life and the inner part of yourself. You already belong to a Church and you do not need to go anywhere else to find what you are looking for”.

For a long while, she kept silent, though she never turned her eyes away from mine. The sight of her tears hurt me. The pain stamped on her soft face and the tumultuous rising and falling of her breast in those agonised sobs, reproached me, and the hurt and the reproach were sharp. Yet, I could see love, immense love, in her eyes. Love for me and for my brother. Wiping away the tears with the back of her hand, she went on: “I do not blame you, son. Neither do I blame your brother. I blame your parents. They have wronged you seriously. They have never tried to pass onto you the treasure they had received, by introducing you to the Catholic faith”. I felt an uncontainable urge to lessen her pain and I told her: “Next time you go to church, tell me, and I will come with you”.

She did it the following Sunday and the next after that, and for another few weeks. Until, one Sunday, after the mass, she told me: “Why don’t you just stick around here for a while longer, all right? Look at all those youngsters. They have the same age as yours. Probably they have something else in common with you. Just go to them. I assure you, everything will go off without a hitch”. She was deadly right. I remained behind that Sunday and all the Sundays of the next six years.

The youth group was called ‘Shalom’. I was told it meant ‘peace’. We had meetings every Saturday. On Sundays, we attended Mass and carried out other activities. The period of the year I enjoyed most was the Holy Week, during which members of the youth group could have a ‘mission experience’ in one of the small Christian communities of the diocese. A lot of work went into its preparation. Every Sunday of Lent, we spent the entire morning in arranging things and studying in detail and with great interest the dense programme of the week-long experience. Young people from other parishes would join us in the preparation. At times, there were more than 90 boys and girls, all eager to “go on mission”. It is no exaggeration to say that those Lenten periods, crowned by as many Holy Weeks, transformed me into another person. 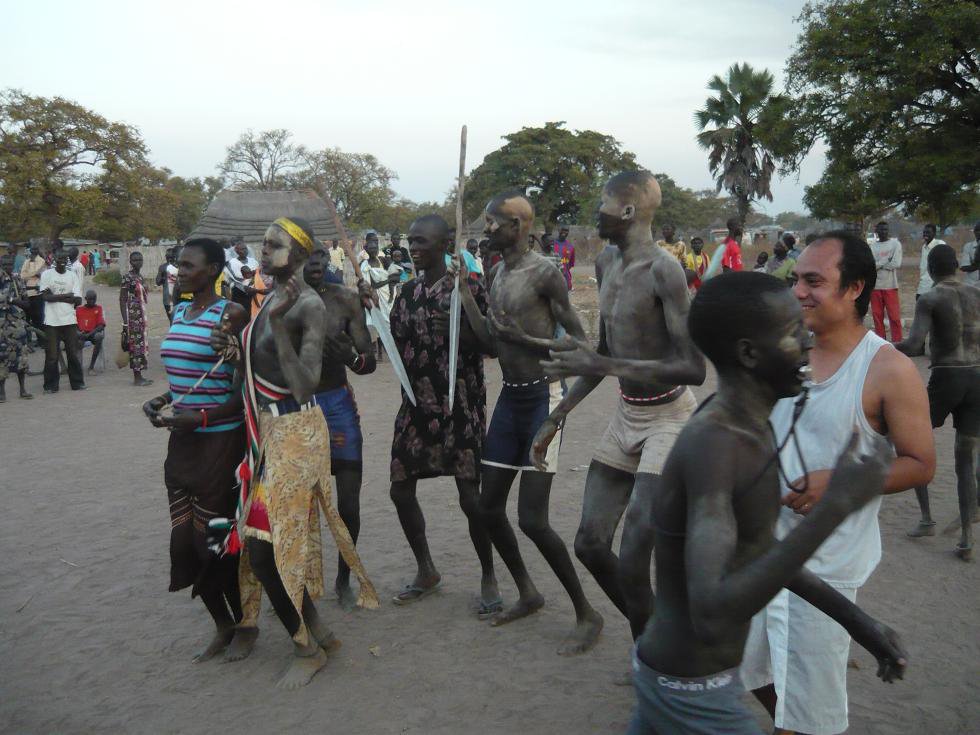 The real turning point in my life was coming down the pike. One day, a Comboni missionary came to visit our youth group. He spoke about a mission of the Church much wider than the one we were carrying out once a year to a small Christian community of our diocese. “The mission of the Church is open to the whole world”, he said. The story of his life was a tangible example of it.

What he told us remained fixed in my mind for months. I was even tempted to contact the Comboni Missionaries, but my shyness prevented me from doing so. One day, however, I let few words leak to a friend about it. “I have their address”, he told me. I immediately wrote a letter. I consider that day the beginning of my ‘Comboni adventure’.

From the very beginning, I knew that I wanted to be a Brother. The inspiration had come shortly before, when reading the story of Teresa of Calcutta. The book reported an anecdote concerning the charism of her institute. Someone had asked her why her sisters would not spend many words talking about God. The answer she gave met my concern of what I was looking for. “Our mission”, she said, “is to show the presence and the love of God through our actions and work”. Yes, now I could verbalise what I wanted: to show God’s presence in the world through my work and actions, not through preaching.

I joined the Comboni Missionaries in September 1998, by beginning the Postulancy, the first phase of the Institute’s basic formation. For three years, I attended the School of Nursing in a near-by university. During the two years of Noviciate, I had to interrupt the university courses. After taking my first religious vows in May 2003, I went back to the University of Monterrey to complete the Bachelor of Science in Nursing.

In 2005, I was sent to Comboni Brothers’ Centre in Nairobi for three years, to complete my basic formation. It was not easy for me to enter a new cultural environment, to live in a multicultural community and to learn new languages. It was indeed a big challenge. Yet, thanks to God, in May 2008 my basic formation ended. And there was a great gift for me: I was posted to my first mission in South Sudan.

After a three-month home holiday in Mexico, in September I was in Juba, where I remained for few months of acclimatisation, before being posted to mission of Mapuordit, situated 75 km south-west of Rumbek. The sight of Mary Immaculate Mapuordit Hospital made my heart soar like an eagle. Finally, I had come to the place where I could “show the presence and the love of God through my work” and in a ‘language’ that everybody would understand unfailingly.

I worked first in the medical ward, and it was fantastic. Few months later, the doctor in charge asked me to move to the surgical ward to help in the operating theatre as a scrub nurse, and it was amazing. Often, I was required to be ‘on call’ during the evenings, weekends, holidays, and nights for emergency surgery, which can occur 24 hours a day and seven days a week. How wonderful it is to be able to ‘deliver the message’ at any moment and in the most various circumstances! I wrote back to my grandma: “Your tears have changed into the most precious pearls”.

In January 2012, I went back home for home-leave. On 28th, I made my final profession in my home parish. My parents were proud of me. My grandmother cried all through the ceremony, but this time hers were tears of joy.

The needs of Mapuordit Hospital are endless and one has to turn into many things: from baby-sitter to anaesthetist. In 2010, urged by the anaesthetist who was helping me to learn the rudiments of his medical art, I went for a few months to Lacor Hospital, Uganda, for more specific training. Even presently, I am doing a full course in anaesthesia in Mulago Hospital, in Kampala. But my heart is always in Mapuordit Hospital, where I will soon return.
[http://www.combonimissionaries.co.uk] 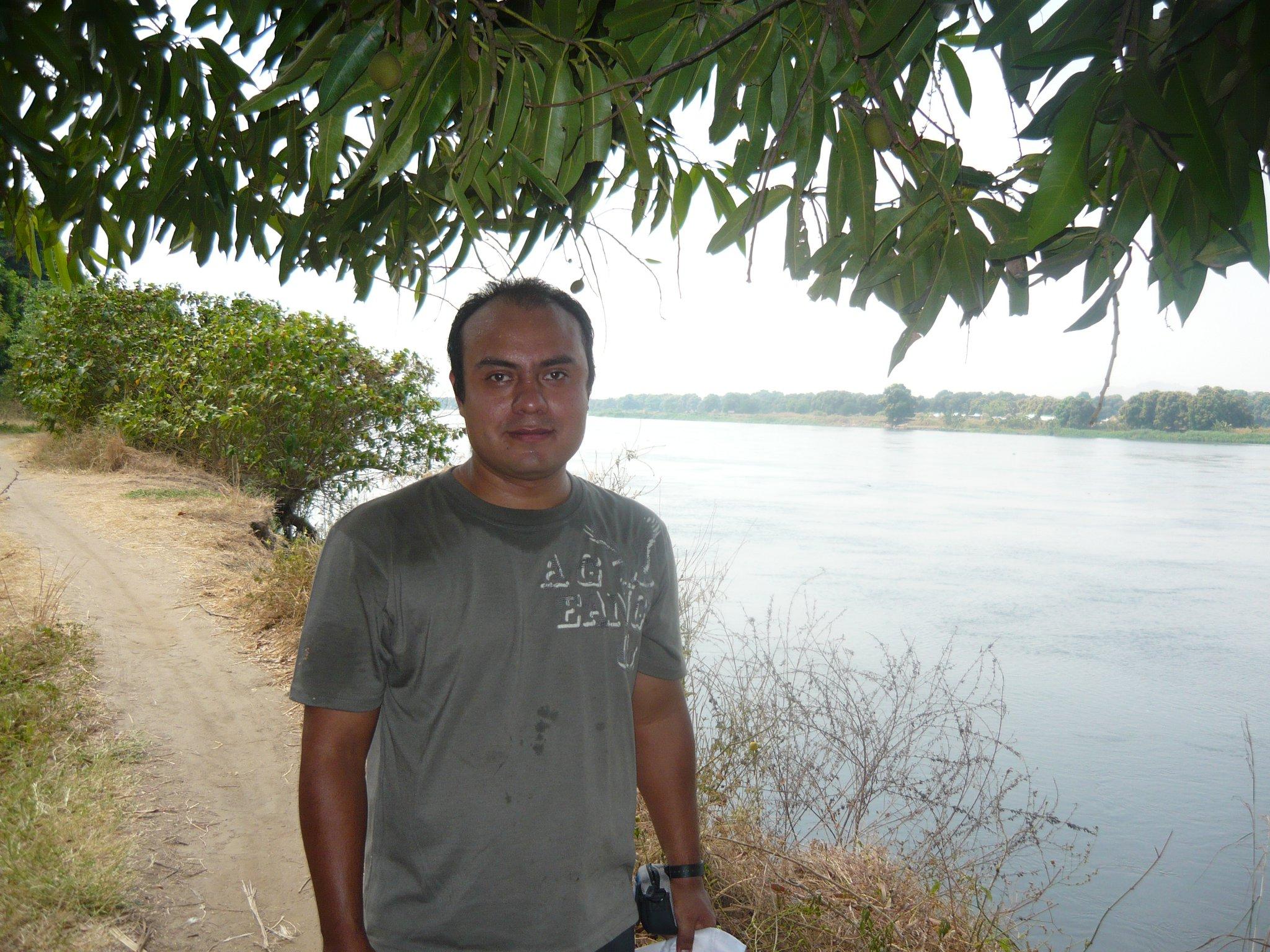 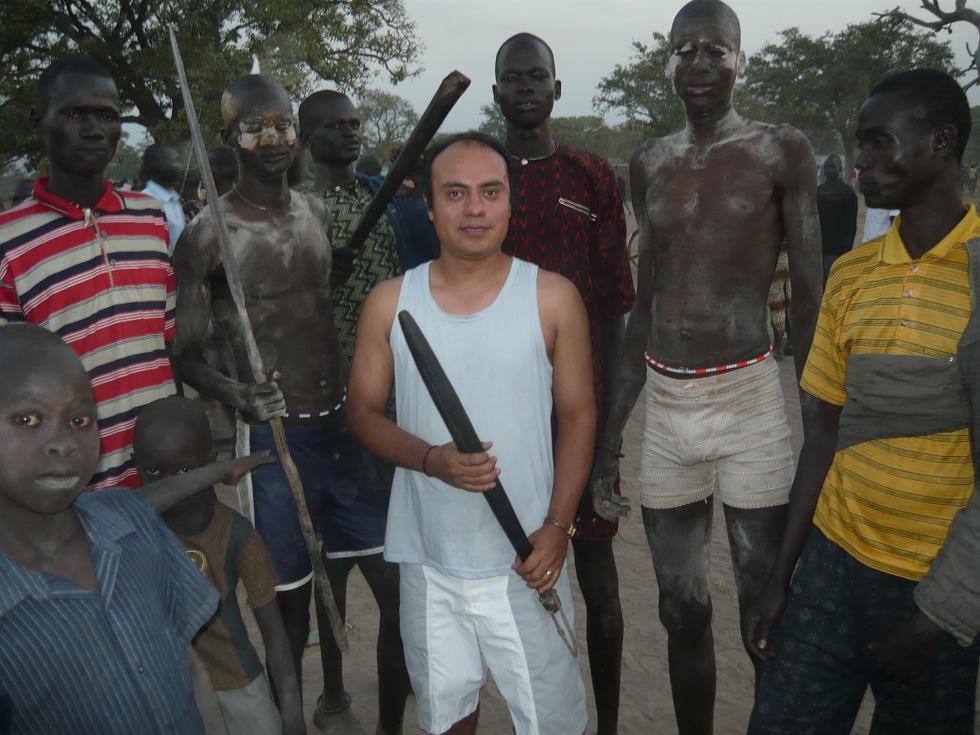 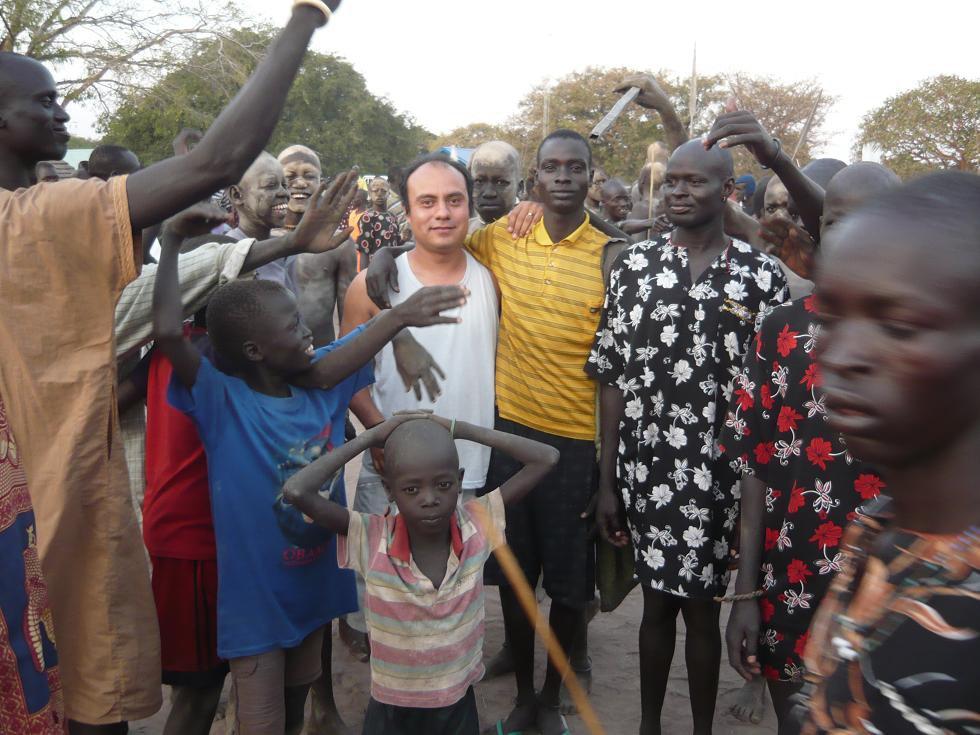 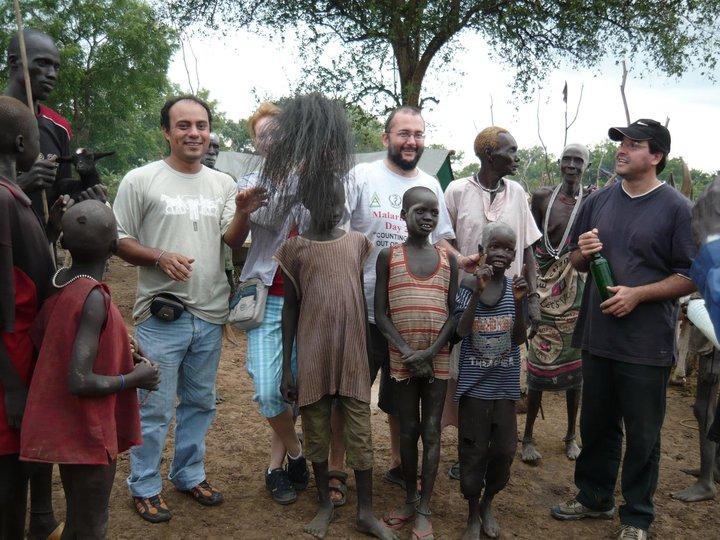 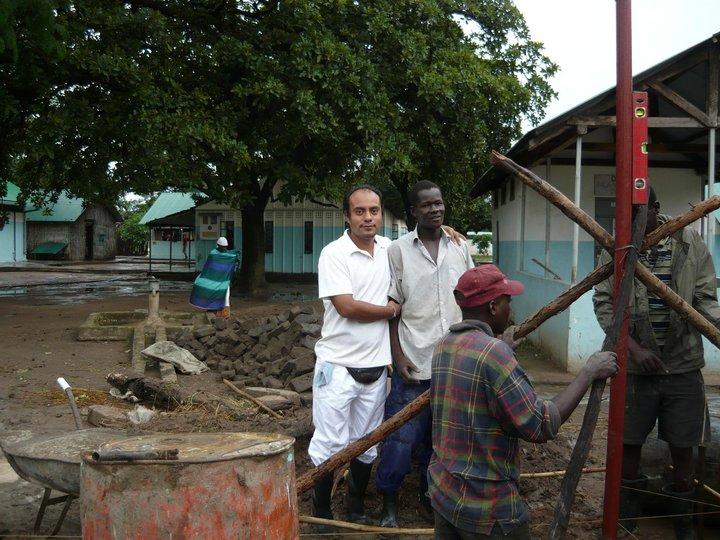 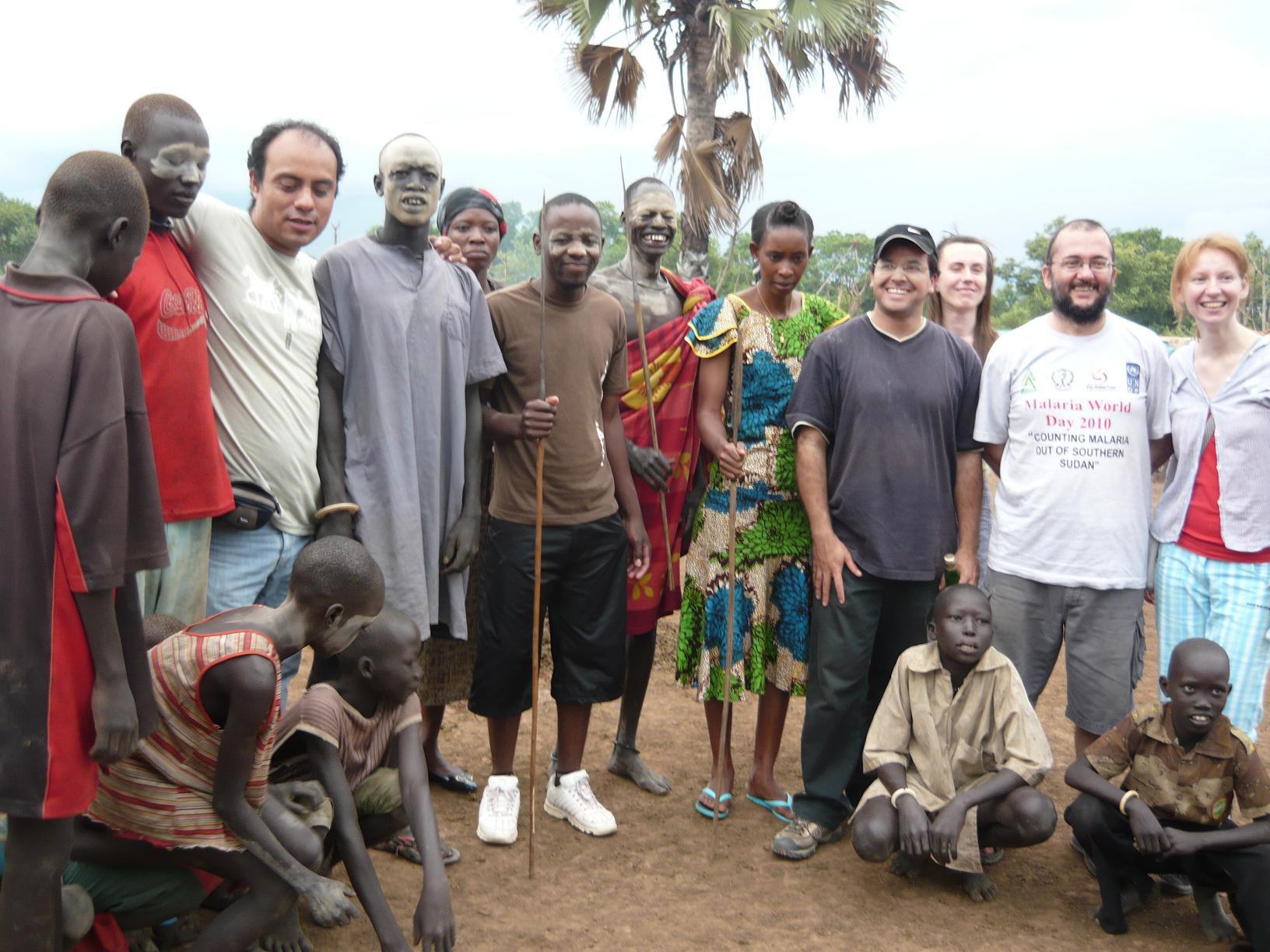