Vocation Story of Father Victor Kouande: “I have tried to live with hope and charity” 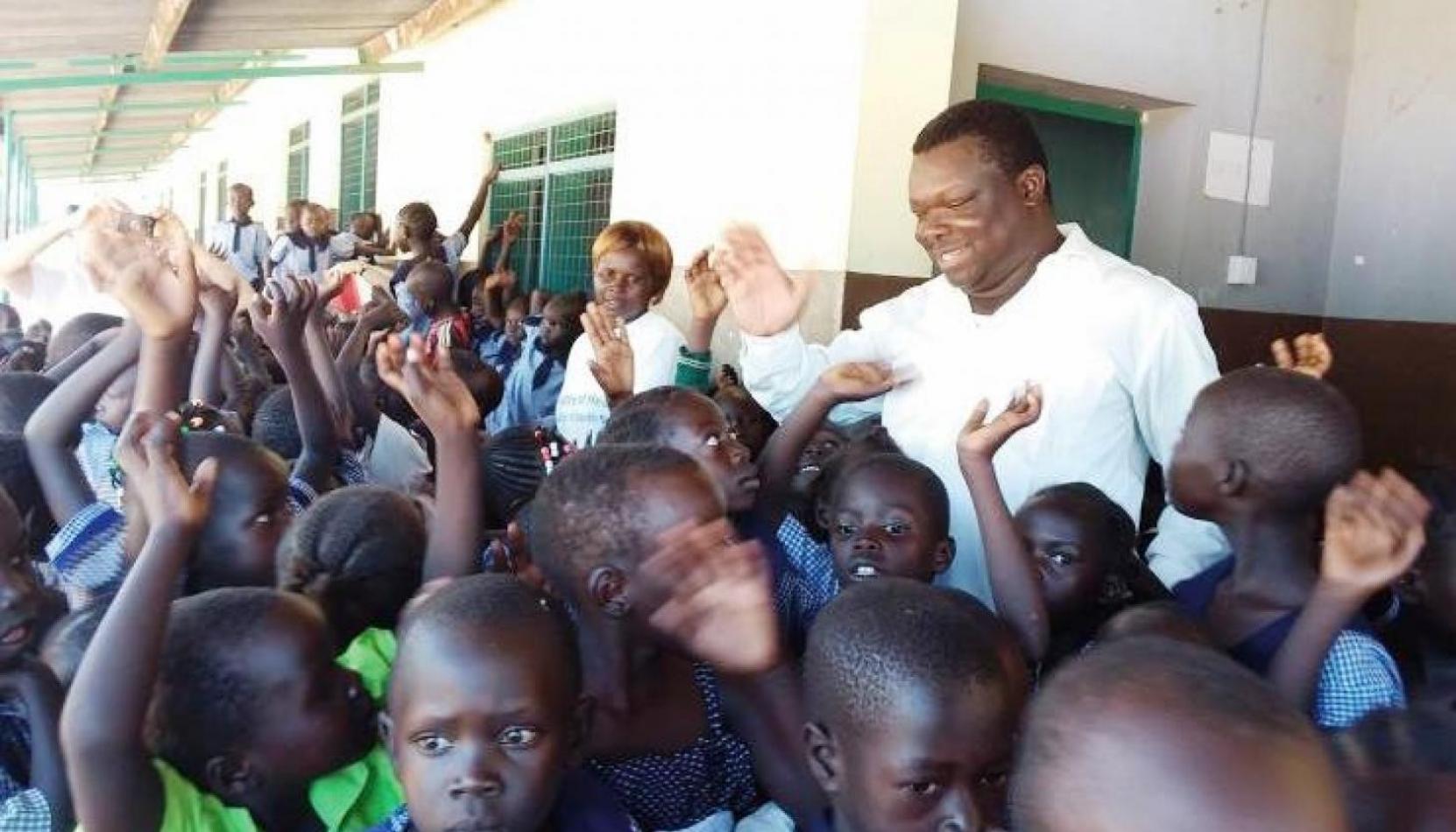 Saturday, September 25, 2021
Father Victor Kouande Adekoun, a Comboni missionary from Togo speaks to us of his various experiences. Just one common denominator: the constant presence of God. [
Comboni Missionaries]

I was born on 23 December 1967, a little over 53 years ago, in Kodjoviakope, a district in the outskirts of Lomé, the capital of Togo. I was given the traditional names of Adekoun Kouande. A few months later, I was baptised by a Comboni Missionary and received my baptismal name of Victor. As I look back, I feel my vocation was a process, a process marked by many events influences and searching that make it hard to point to a specific vocational moment. It was rather a process of growth and it is still growing.

I first went to primary school at the Catholic school run by the Comboni Missionaries. It was there that I learned the catechism and received my First Holy Communion at the age of eight. One year later, I was confirmed. I do not doubt that these sacraments were the root ad source of my vocation. During the years of my youth, I would go to church and prayed at home. I would accompany my mother to the meetings of her prayer group called Our Lady of Perpetua Help. During secondary school, I was a member of the Legion of Mary, sharing my faith with people in their homes as part of my apostolate.

I also joined a youth group in secondary school. The Comboni priest guiding the group soon became my spiritual director. Often, he would give us books to read. One of them was about Saint Daniel Comboni, the founder of the Comboni Missionaries.  Reading that book lit a fire in my heart: I learned that life is not just to be saved but to be shared and given for others. I am sure there have been many other vital and meaningful experiences in my life, in my process and on my path through life that helped to strengthen me, to enlighten me and to grow humanly and spiritually.

But there were also the inevitable options and challenges along the way: to follow the path of life, do what I wanted, what pleased and attracted me, follow in my father’s footsteps and work for a large navigation company in the port of Lomé. My father worked as a banker, having studied economics in university… I had many options and the possibilities were endless.

However, the experience and call of God was strong and proved undeniable: “You are my son; I know you and I have called you. Come, follow me.” These words overpowered me and my resistance waned little by little. God called me to be a Comboni Missionary for the following reasons. I discovered the person of Comboni in his writings and in those who followed his charism. I tried to live the missionary life with faith and confidence in the One who called me and I tried to live with hope and charity. Once I had finished my initial formation with the Comboni Missionaries, I commenced my ministry in Togo, my native country. I worked in youth pastoral ministry for almost seven years.

Now I can see that all this has borne abundant fruit but there was never a time without difficulties when I was accompanying young college and university. It involved accompanying them personally and as a group, helping them to discern God’s plan for them and find their true path in life. That was a period of my life that moved me deeply.

In 2011, I was sent to South Sudan. There I worked as a parish priest and also accompanied the younger students at Comboni College. It was a pleasant and joyful experience which also had its difficult moment like when we were attacked in our house at Kajo Kaji. Everything we had was stolen, including our car… I asked myself where the God who called me was. He was certainly with me, with all of us and he gave us the strength to carry on.

In 2017, I was chosen as superior of the Comboni province comprising the three countries of Togo, Ghana and Benin. This appointment meant I was to return home where I carried out this service with faith and hope. During that period, I visited our seminarians in theology whose number greatly increased. They were distributed in various formation and study centre.

I tried to accompany them and encourage them on their journey. I also had to consider the future of our province, especially with regard to our elderly members. I tried to find sources of income for the future and examined various projects and initiatives to support ourselves in the immediate future; I also sought to promote unity and cooperation between our three countries.

In 2020, when the new provincial superior was elected, I had the chance to attend a course of ongoing formation at the Saint Anselm Institute in Rome. A few months later, I was assigned to the Comboni community of Granada, in Spain. All this travelling and all these changes, with so many different responsibilities and the countless people I met with their different languages mentalities and cultures that I had to learn, were all extremely worthwhile.

During all those years, I experienced the close presence of God accompanying me on my journey. It is indeed marvellous how God works and shows himself.  How can I sum up my Comboni missionary life? “Look, I am with you.”
[
Comboni Missionaries]