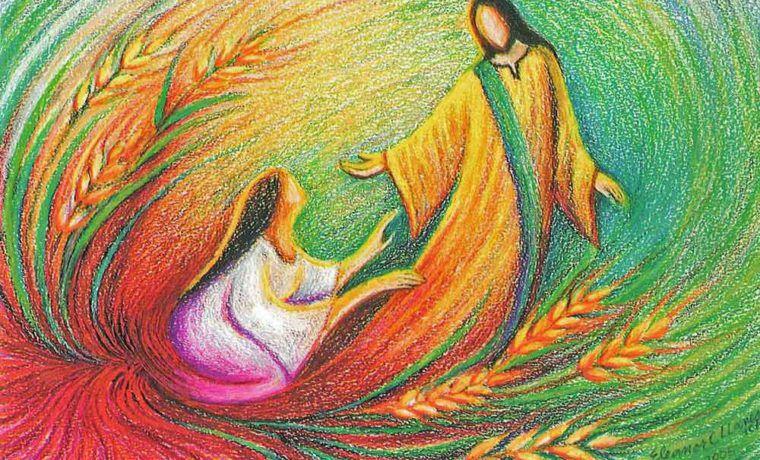 Monday, April 2, 2018
During the first weekend of March, more than 20 Comboni Lay Missionaries arrived in our La Grange Park, IL community for a reunion. The Comboni Lay Mission Program (CLMP) was first formed in 1993. Since that time dozens of lay people have lived and worked throughout Africa and South America. This weekend was a wonderful time of renewal, and meeting of old friends. Look for more information about the CLMP in the spring “Comboni Missions” magazine.

Our first goal was to raise enough money to send 150 water filters refugee camps in Northern Uganda where more than 1 million South Sudanese have taken refuge. To accomplish this goal, we partnered with Water with Blessings (WWB), a nonprofit run by Ursuline Sister Larraine Lauter in Northern Kentucky that provides these easy-to-use water filtration systems to those who need them most.

Water with Blessings describes their work, noting: “Using technology inspired by our own biology, the Sawyer PointONE filter system functions much like kidney dialysis does to filter out impurities in the water, leaving clean, drinkable water. This amaz­ingly effective filter can be set up in five minutes. It requires only a five-gallon container and the filtration kit. It is simple enough that adults of all education levels can learn how to use it. No electricity and no complicated maintenance to guarantee a lifetime of clean, safe water!”

We launched this fundraising project at our annual Taste of Mission event in October 2017. Within only two months, we had collected enough donations to purchase 500 water filters!

Each filter is fairly portable, about the size and weight of an old-fashioned bottle of soda, and comes with hand knit cover. Through their extensive experience in providing clean water in vulnerable and developing communities throughout the world, WWB has learned that the water filters are just the beginning.

In order to be effective, the filters must be distributed with a comprehensive program that educates recipients about their use, the dangers of untreated water, and the need for a water filtering and storage system that prevents re-contamination. The WWB program recruits women (called water women) who pledge to provide water for their own families and two others of their choosing. Women with children under the age of five often shoulder the burden of providing water for their families anyway, and small children are among the most vulnerable to water-borne diseases.

Our target for this shipment of filters was the Palorinya refugee settlement. Several factors went into the choice. First, the South Sudanese refugees are among the poorest and most populous in the world. Second, Palorinya was actively accepting new refugees, so each day new families were arriving to settlements that were brand new (meaning less settled and developed); these people were building a new life with little more than a tarp and a 30-square-meter patch of land. Third, and most important, we had Comboni Missionary Sisters there. They had been working in

Kajo Keji in South Sudan, when the mass exodus began. When the last of the people became refugees, Sister Dorinda and Sister Maria became refugees along with them, relocating to the Palorinya area to help however they could.

When we demonstrated the filters and announced the program, the response was overwhelming. These were people who thought the world had forgotten them. They had virtually no possessions at all and their eyes delighted at the colorful buckets and beautiful filter covers.

Jim conducted a daylong training session for the trainers--the Comboni and Sacred Heart Sisters who would be administering the program over the coming weeks and months. Days later, Sister Rose was announcing and explaining the program to potential water women and the first trainings were scheduled.

As we continue to honor the legacy of our founder, St. Daniel Comboni, during the 150 Year anniversary of the establishment of his institute, our next goal is to provide water filters to Comboni Missionary Priests, Sisters, and Brothers living among the people they serve.

These filters – the same that were sent to refugees in Uganda – will go to missionaries living in the Democratic Republic of Congo, the Central African Republic, and South Sudan, so that anytime they are forced to flee in the night, our missionaries will at least be able to have clean water for themselves and the people they serve.