Mission Diary: Fr. Gervais Katya Mutsopi and his mission experience among the Pokot 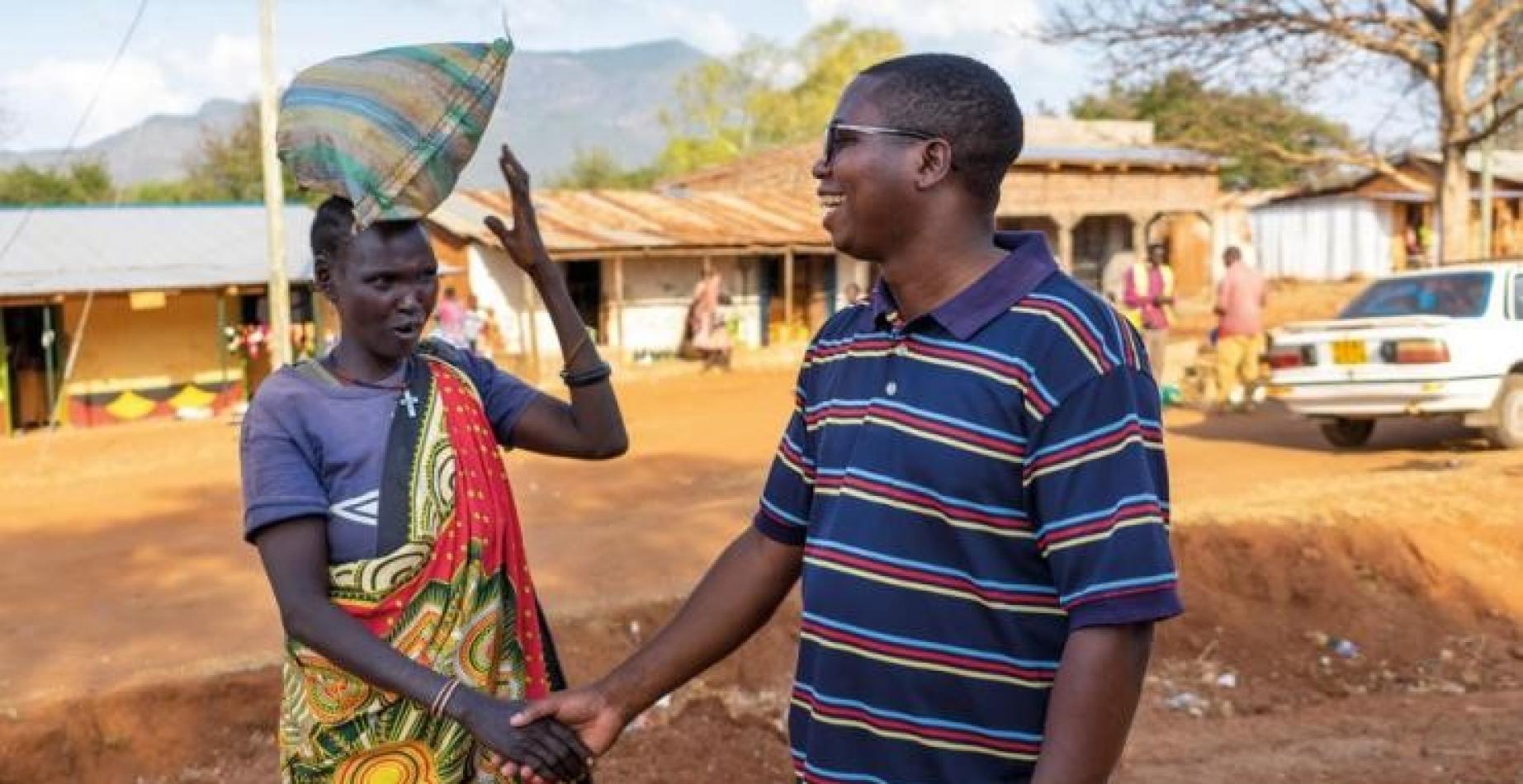 Friday, July 29, 2022
The Mother of Peace Parish of Amakuriat, in the western Pokot region of northwestern Kenya, was my first mission land. I was not yet a priest when I was sent here for a missionary experience and, after my priestly ordination in 2017, I returned again.

The first missionaries arrived in this part of Kenya in the 1970s. They were Comboni missionaries who worked among the Pokot of Amudat, Uganda. The artificial borders drawn by the Europeans have divided this people into two different countries. The parish of Amakuriat, of which I am now pastor, was founded in March 1984.

The Pokot are a minority in Kenya. They are semi-nomadic shepherds who are gradually starting to settle down. They raise herds of goats, camels, sheep, donkeys and, above all, cows. Cows are a symbol of wealth and are used in economic transactions, to pay for dowries and marry off their young women. I believe that at least 30 cows and a few goats are required for a dowry, so if you don’t have cows, you are poor in this context.

Traditionally, the Pokot feed on milk mixed with the blood of cattle which they extract by making an incision in an animal’s vein. However, the drought that has been affecting us for several years is causing a decrease in herds and it is no longer so easy to have plenty of milk and blood for everyone. Some Pokot are learning to farm the land, but they are not farmers, and we are in a semi-arid area with little rainfall and very stony ground, so agricultural progress is very limited.

We recently opened a bakery in the parish, the only one in the area. We now produce between 400 and 500 loaves a day, which people really appreciate and which, together with milk, have become a good dietary supplement. We sell bread wholesale to help financially the people who distribute it.

In the territory of the parish, I estimate that at least 95% of the people are Pokot. The others are teachers, traders and craftsmen from other ethnicities who have settled here. In general, the Pokot are not very open to them and, as they do not belong to their ethnic group, it is difficult for them to sell them a piece of land, so these people, described as “foreigners”, often rent the houses they live in.

Still a large majority, the Pokot retain many customs of their culture, such as the names they give to their children, often related to the time, place or season of the year they are born. For example, a girl born early in the morning is called Cheyech; a baby born in the rainy season is called Krop, but if she is a girl, Cherop; if a girl is born in the countryside, outside the home, she is called Chesang. And so on. To this personal name, they add the name of the clan they belong to. They also maintain the initiation ritual, called sapana, which is not for everyone, but only for those who achieve a certain degree of notoriety.

Another custom they retain is traditional clothing and accessories, such as the women’s colourful necklaces and the famous loruwa skirts, which have many folds that they cause to sway when they walk. The men wear the shuka, a coloured fabric that protects them from the cold, and the ngachar, a small wooden stool that they also use as a headrest.

It is in this context, respecting the traditions of this people, that we live our service of evangelization.

Amakuriat is the largest parish in the diocese of Kitale, the distances are enormous and the people are very scattered. We have 50 small chapels with active Christian communities of about 20 people on average, which the four missionaries who make up the community try to visit every two months. Some catechists and so-called prayer animators support us in this work.

We also work a lot in schools. 90% of the Pokot are illiterate and speak neither Swahili nor English. There are no public schools, but the government supports the parish’s 25 Catholic schools, two of which are secondary schools, by paying the teachers. We visit them very often for Christian formation and we celebrate the Eucharist with the students. In this way, we give much of our attention to the youth.