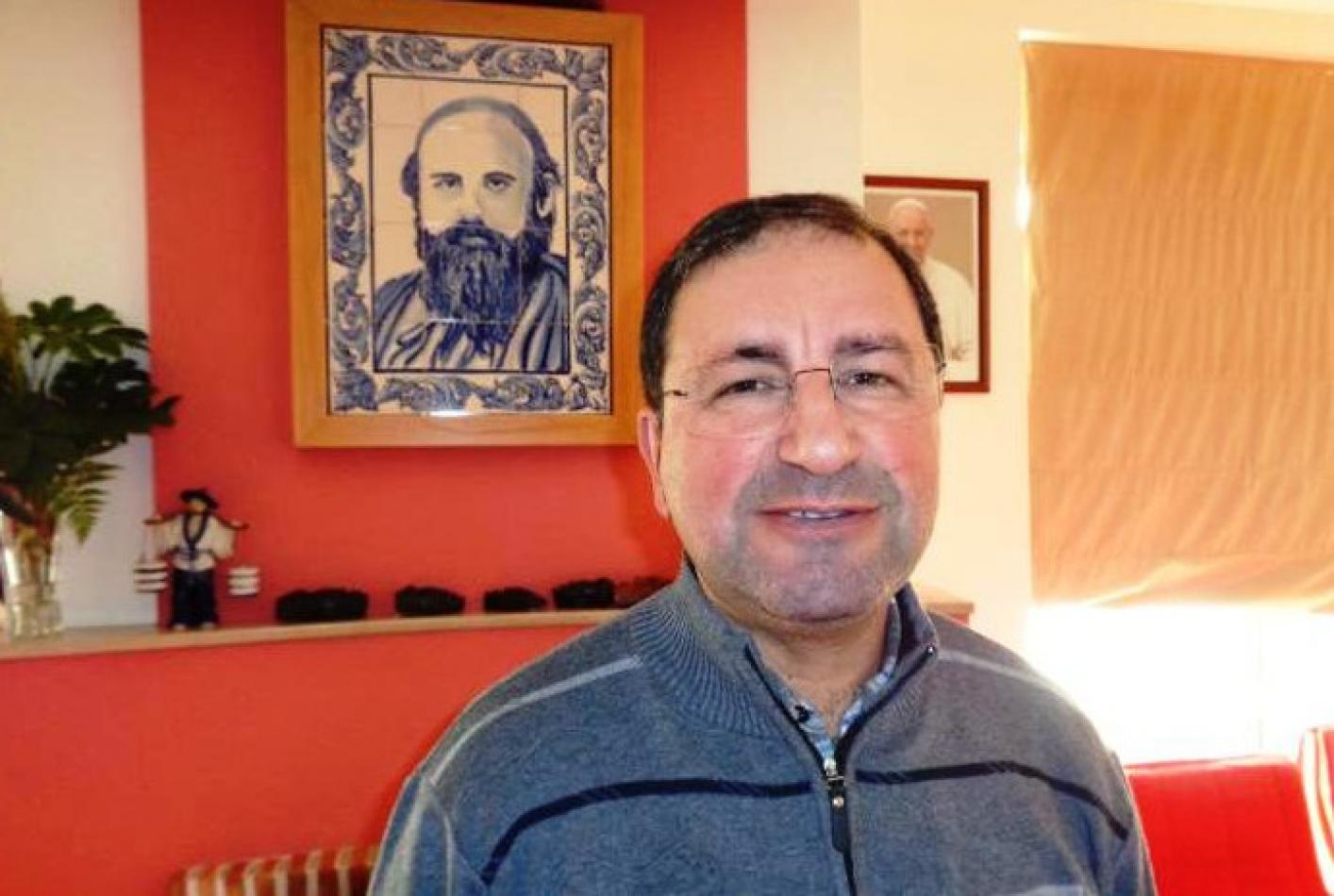 Monday, April 12, 2021
“Wouldn’t you like to become a missionary” It took me a few seconds of reflection to reply:“Of course I would like to.” Brother Paulo Manuel Félix Ferreira, from Portugal tell us his story. [
Comboni Missionaries]

I was born 53 years ago in Marvila, one of the fastest-growing neighbourhoods of the Portuguese capital, Lisbon. My parents introduced me to catechism classes as soon as I began school. After Confirmation, I attended Bible classes and joined the parish youth group.

One day my younger brother Fernando expressed the desire to become a priest and my parents accompanied him to the seminary of the Comboni Missionaries in Santarém, where they knew a Father who was very good at vocation discernment. I, too, went with them. And it just happened that one of the missionaries who ran the seminary asked me point-blank: “Wouldn’t you, too, like to become a missionary?” It took me a few seconds of reflection to reply: “Of course I would like to”, thus revealing to my parents and brother what I already had in my heart.

Few months later, my brother Fernando joined the Comboni seminary for candidates for the priesthood, in Famalicão, and I entered the training centre for candidates for missionary brothers at the Comboni Institute ran in Maia, near Porto. I opted for a three-year course in agriculture, followed by a two-year theology course for lay people. In 1989, my brother Fernando and I joined the novitiate. In May 1991, we made our first religious profession. Fernando was assigned to the Comboni scholasticate in Lima (Peru) for his theological studies.

I was sent to Nairobi (Kenya), to the Comboni Brothers’ Centre, to continue my formation. Three years later, on completion of my studies, I returned to Portugal for a short holiday, during which I received a letter from my superiors, assigning me to the Comboni Province of Zambia-Malawi.

The School of Arts and Crafts in Chikowa, flagship of the local Comboni mission, on the edge of the South Luwangwa National Park, in eastern Zambia, was going through a difficult period: more brothers were needed, both as instructors of the students and as administrators of the various workshops. I teamed up with Bro. Francisco Amarante, a Portuguese like me, at first from 1994 to 1998, and then from 2003 to 2007. We formed a close-knit pair, full of enthusiasm.

Our main task was to accompany the students who came to our school for courses in agriculture, carpentry and wood sculpture. We wanted the school to be not only a happy island for the boarders and day students, but also a source of hope for the people who lived around us. So, we opened a shop, where we would sell the products of our work at very affordable prices, and a mill where local farmers could come and grind their crops.

There was an air of solidarity both in the school and in the nearby villages. And, believe me, it was evangelisation in its purest form, even without particular sermons and liturgies (which, by the way, were brilliantly offered in churches and chapels by the fathers of our community).

Between the two periods of exciting work in Chikowa, there were five years (1999-2003) that I spent at the School of Arts and Crafts of Lunzu, Southern Malawi, created, developed, organised and managed by Comboni Missionaries. Here, I worked with three other Comboni brothers, true artists in their crafts: Konrad Tremmel, (from Germany), Gilbert Peterson (from Costa Rica) and Dzinekou Jonas (from Togo).

It was a technical school of great success and efficiency, whose aim was to work towards building a better future for the youth of Malawi, offering them training in technical and human skills. Each student leaving the school would have benefited from two years of formal training in carpentry & joinery, or metal work & electrical skills, or shoe making, leading to government trade test certificates.

My main duty was to animate the teachers and trainers that formed the teaching staff. I worked mainly on the human formation side of the courses, covering topics such as self-knowledge, group dynamics, civil education, human rights, education in democracy and ethics of work.

In 2008, I was called back to Portugal, to exercise my missionary service in the Comboni communities of my country of origin. I was either the local bursar, or in charge of house maintenance. Anywhere I was assigned, I wanted to be part of the missionary animation team that, during the weekends, visited parishes, institutions, movements, and youth groups, organising meetings, seminars and workshops… all aimed at animating the local Church missionarily and awakening the missionary vocation and consecration in young people.

Many times, meeting a young man or girl who showed interest in mission, I struck them with the same point-blank question I was asked when I was a boy: “Wouldn’t you like to become a missionary?”

In 2019, my superiors finally gave in to my constant requests to return to Africa, and I was posted to South Africa, assigned to the parish of Lydenburg, the very first community opened by the Comboni Institute in the country, back in March 1924, and now home of the Pastoral Centre of the Diocese of Witbank.

I was made the administrator of the community, with a special duty: to provide a warm welcome to the groups and ecclesial movements that come to the centre for workshops, retreats and various courses. In other words, I am still animating this young local Church to open it up to the rest of the world. As usual, my best ‘past-time’ is to meet young people and tell them that surrendering to Christ is the door to immense joy, and that sharing such joy as a missionary is a type of life worth living and sharing.
[Comboni Missionaries]