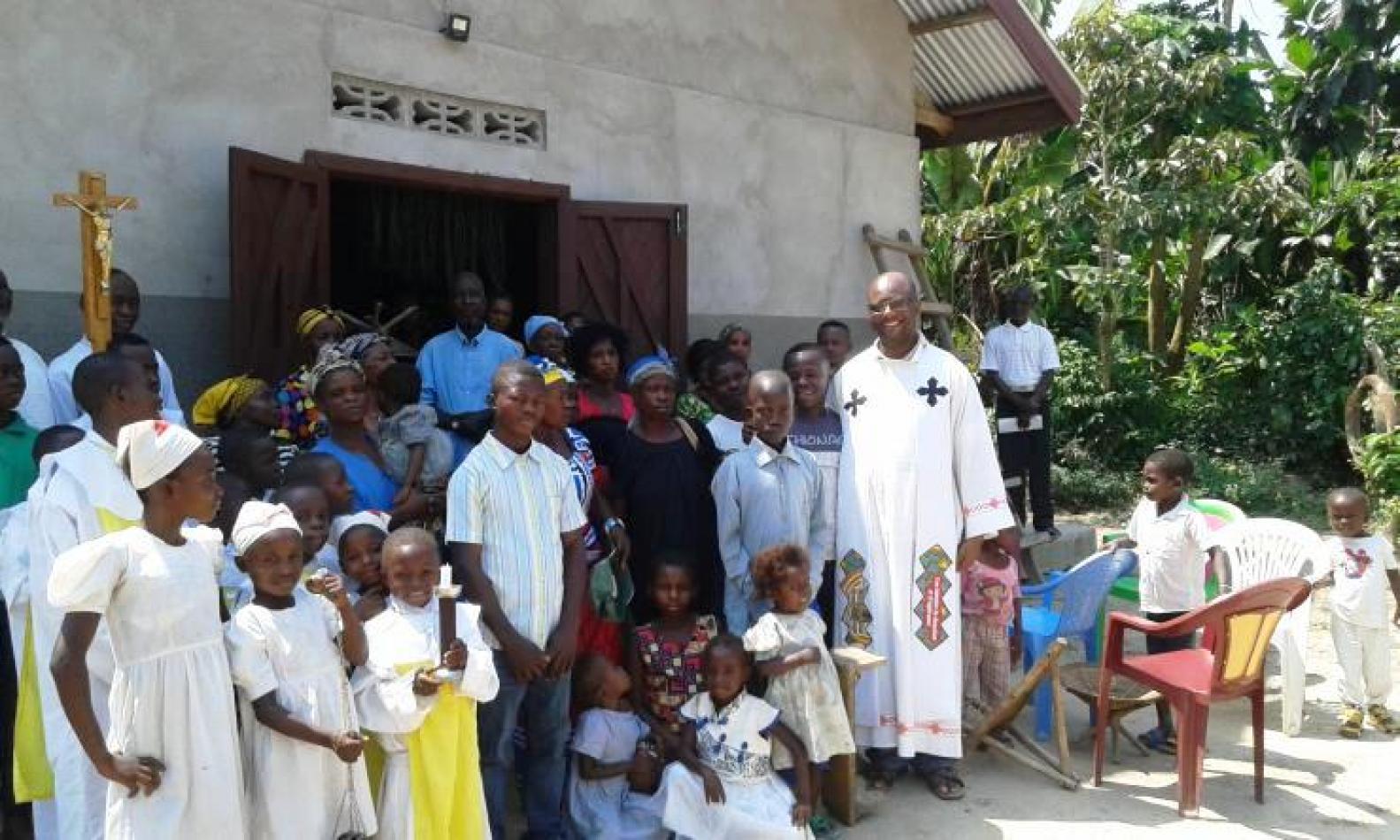 Monday, July 5, 2021
It was when he read the life of Saint Daniel Comboni that he first felt the Comboni missionary calling. The war in the north of his country confirmed his decision to follow this path. Today he is working in Spain, open to the great challenges faced by a Church with a long Christian tradition. Father Zoé Musaka tells his story.
[Comboni Missionaries]

I was born in Kinshasa, the capital of the Democratic Republic of Congo (DRC) in 1978, into a large practising Catholic family of six children. My parents were my first catechists. I would go to Mass with my mother and I liked to sing and watch the priest during the celebration. When I was twelve years old, I told my mother I would like to be a priest like the father who celebrated the Eucharist. She replied that I was still very young.

Wanting me to have a good education, my parents sent me to a school run by the Scopoli Fathers.  While in school, I enrolled as a diocesan seminarian. My mother was aware of this but I did not tell my father as he did not want me to be a priest. When I was seventeen, I decided to tell him. At first, he refused to accept my decision to become a priest and told me to go to university to study civil and become a lawyer. My mother and my brothers and sisters always supported me in my priestly vocation. My elder brother pleaded with my father to allow me to enter the seminary. My mother always said to pray and ask the Lord to show me the path I should take in life. During all that time, I was very fortunate to have had good friends, the priests of the parish and some neighbouring families who supported me. Since my childhood, they had seen me as a possible candidate for the priesthood. At that time, I was a quiet and happy sort of boy who liked to join in the parish activities. Little by little, my father began to understand, thanks to all the prayers and support of my family and the parish groups.

One day, my sister went to a youth meeting at the parish organised by a Comboni missionary priest and brought home an illustrated booklet on the life of Saint Daniel Comboni entitled “Africa or Death!”. She gave me the booklet to read and when I had finished, I realised that my life would take a new turn motivated by what I had read of the life of Comboni, from the moment he left Europe to go to Africa and his struggle against slavery … There was not a single doubt in my mind. I wanted to be a Comboni Missionary. I immediately wrote to the Father in charge of Comboni vocations and I received a favourable reply in a matter of days.

In 1998, I was admitted to the postulancy. At first, my family objected as I had to leave my family and the city of Kinshasa and go to Kisangani, about 2,600 kilometres away. In addition, the east of the country had been in a state of war for more than 25 years. My parents were not very happy with my departure but prayed about it and gave me their blessing and allowed me to go to Kisangani.

Paradoxically, the war helped to confirm me in my vocation. I had been in Kisangani for a year when there was a battle between the Rwandan and Ugandan armies on DRC territory. The fighting took us by surprise at about ten in the morning when everyone was going to work and the children were going to school. Many people were killed, entire families were wiped out and thousands of people fled leaving everything, never to return. The two armies fought for six days.

Together with the priests, we postulants hid in the postulancy. There was not much food and we were very frightened, having no idea what was happening. When the battle was over, we had all survived but there were bodies of men, women, children and soldiers everywhere. It was a massacre. That experience confirmed me in my Comboni calling to bear witness to the Congolese people and to the world that God is love and is always with us in times of suffering. I decided to become a Comboni Missionary to announce the love of God to the persecuted and those who weep. That context inspired my priestly motto: “In this we have known what love is: He gave his life for us and we must give our lives for our brethren.”

When I finished the postulancy, I returned to Kinshasa for the novitiate and in May 2004, I made my first religious profession. I was then sent to Lima (Peru) to study theology. That was my first experience outside my country and outside Africa. While studying, I also worked in youth ministry and catechesis.

In Lima, I met many enthusiastic young people with strong faith, as well as many Christian families who were convinced of their religious creed. At first, things were difficult as I had to learn Spanish. Learning a new language was a great challenge for me but, as time went by, I found I was living a mist enriching experience.

After five years, I finished theology and returned to the DRC where I completed two years of missionary service at Yanonge, a Comboni mission situated about six km from Kisangani. There I again worked with the youth and also taught in a school.

Early in 2010, I was ordained to the diaconate in Kisangani and in August of the same year I was ordained priest in Kinshasa. I was then assigned to the postulancy at Maison Comboni in Kisangani. I worked there for ten years with a two-year break in Rome to study for a degree in Psychospiritual Theology at the Gregorian University.  In my country, we have many vocations and it is not easy to be a formator.  During that period, we had more than 35 young postulants every year. My job at Maison Comboni was to impart an integrated formation to the future missionaries that would include all the dimensions of the person: human, spiritual, intellectual, communitarian and apostolic.

I learned how to listen to the young people, help them discern their vocations and make the right choice for their lives for the good of the Mission. At the same time, I was helping at the parish of Malkia wa Mashahidi (Queen of Martyrs). I would go to celebrate Mass in the chapels. I also helped with the training of young catechists and spent time with families, sharing their sufferings and their joys. After ten years, I was assigned to Spain on a new missionary adventure.

Little by little, I am assimilating the culture and taking part in the various activities. By living in a country with a long Christian tradition, I am helped to see things in a different light. It all helps to strengthen my faith and to grow and this is one more reason for being grateful for this new opportunity in the story of my life.